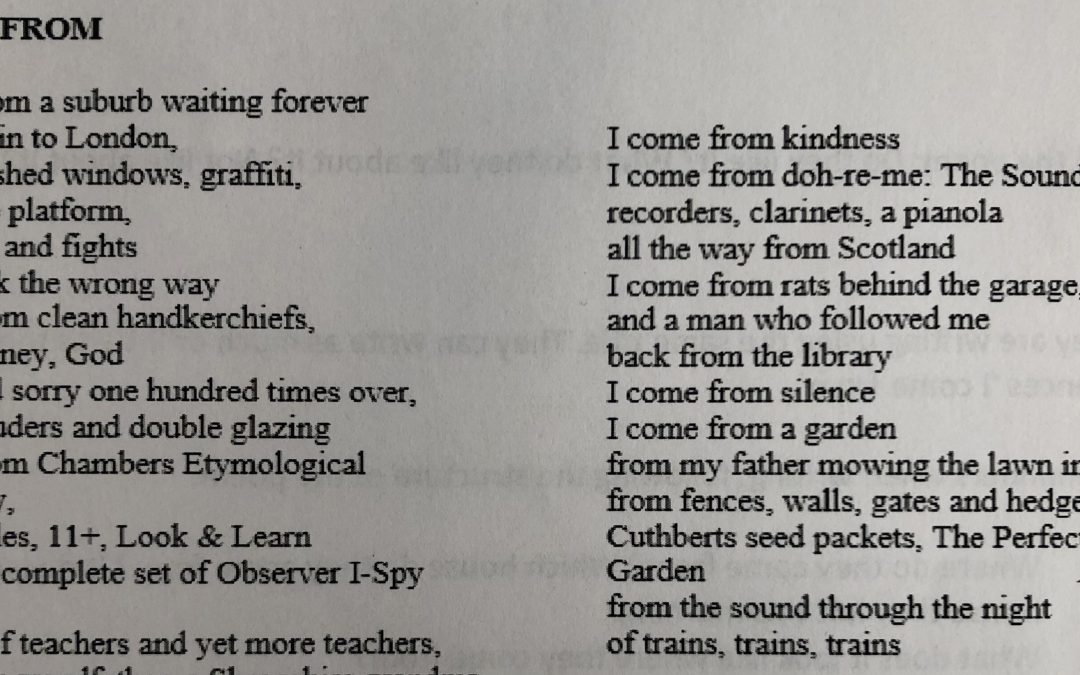 A fortnight ago, fresh from training with Kate Clanchy, I wasn’t quite sure what to expect as I prepared for my first MyVoice Young Voices workshops. I needn’t have worried – both schools have been an absolute pleasure to work with.

We start each hour-long session by reading the poem we’re going to be working with. Then, we discuss what we like about it and what techniques are used. In the first session, I used the poem ‘I Come From’, with some really positive responses. The groups became very animated talking about where they come from and the things that make them feel at home. I thought it would be a nice idea to start writing as a group, so the first exercise was developing a class poem using the ‘I Come From’ model and writing about the place we all have in common: Nottingham. Talking to them about Nottingham helped me see the city through their eyes and reminded me of how much I love and am proud of the city, too; we talked about everywhere, from the Arboretum to the Castle and all in between and beyond. 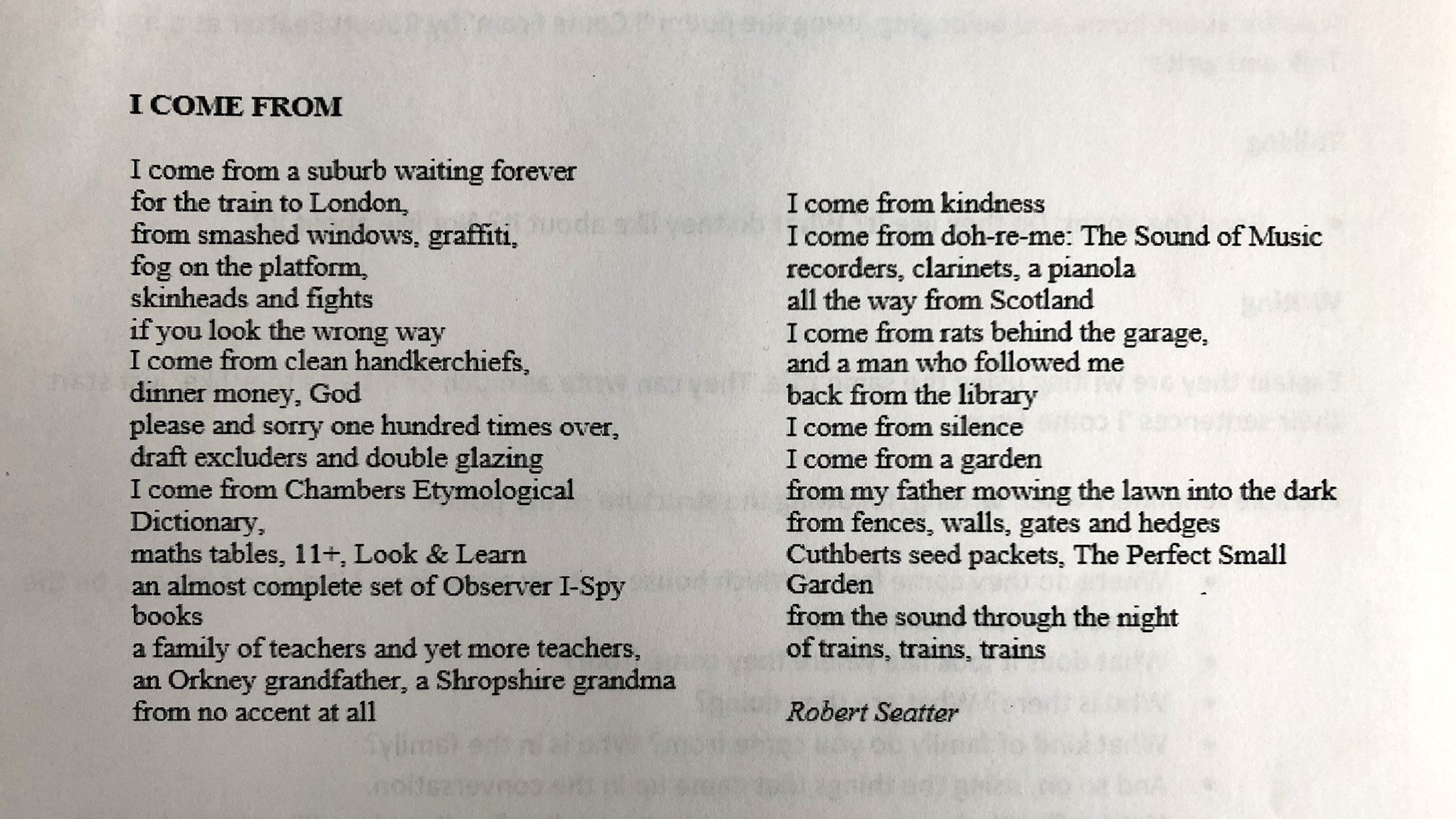 Robert Seatter’s poem ‘I Come From’ has been used to inspire children’s poetry.

In the second half of the workshop, I like to get the group working independently, but as a writer I know how terrifying a blank page can sometimes be – especially when you’re working to a time limit! So, to give them a head start, I’ll suggest a beginning based on the poem we were working with, or I’ll give the group the option to take their favourite line from the group activity to work from – but if they want to write something completely different, I’m happy for them to do that too! My job is to get the children writing and enjoying it, and I think giving them the freedom to explore the things they’re interested in is a big part of that.

At the end of our workshops, I encourage the group to share their work, but it isn’t a rule. For some of them, it’s not that they don’t want to share, it’s that they don’t want to speak publicly, so I also offer to read anyone’s work if that’s the case. My first three weeks have been an amazing experience, and I’m so excited for the children to see their work in print; I have a feeling it won’t be the last time for some of my new friends – there’s definitely some budding authors in the mix! 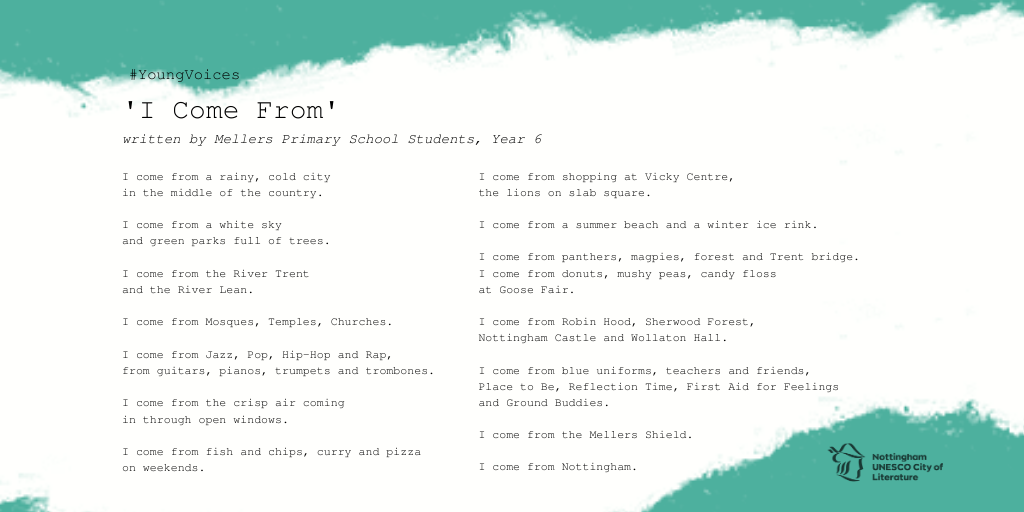 A group poem written by the class working with Tuesday.

Find more Young Voices poetry over on our Instagram!