Young Ambassadors’ Book Reviews: Amel on ‘The Well of Loneliness’ 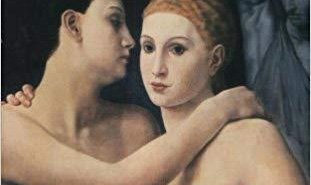 The Well of Loneliness follows the life of Stephen Gordon. As readers, we are entirely invested in the protagonist for we are first introduced to her as a little girl, belonging to an aristocratic family, and the story ends with her being an author and a war hero, whom has gone through so many life experiences. Arguably, the book is Stephen’s bildungsroman; alongside her we try to figure out her sexual and gender identity and it’s this struggle that makes empathising and connecting with the character much easier.

Other characters that we’re introduced to range from childhood tutors, various female lovers and other ‘inverts’ Stephen locates once she moves to the more sexually liberal country that is France (in the early 20th century). Through this, Hall helps to build the timeline of Stephen’s life almost as though we are growing up alongside her.

Throughout the story, the reader learns about Stephens upbringing in Morton, which is in the countryside. Due to the family’s wealth, Stephen enjoys a private education with a tutor up until her late teens when she gets the chance to study further at Oxford. Alongside her studies, as readers we are entertained by her excursions with her horses, Collins, whom is named after her first love, and later another named Raftery, her natural aptitude for fencing and when she was a younger child, she enjoyed pretending to be a boy named Nelson. Once she becomes a young adult, and especially after her beloved father’s death, we are let into Stephen’s mind much more. We feel the same frustration as she does when trying to interact with her mother and can empathise with her confusion and repulsion when she receives her first marriage proposal.

Yet the question that looms over her is one of her identity; why is she so ‘weird’? Despite confiding with her father, whom knew of her sexuality due to having studied sexology, he only comforted her and treated her as the boy she wanted to be, with her broader shoulders, narrower hips and her masculine height. It is harder to comprehend now, since as a society we are much more educated on sexuality, but it would’ve felt odd to fall in love with someone of the same gender with no knowledge on homosexuality, and especially in an age where religion plays an intricate part. So when Stephen does fall in love with Angela Crossby, whom the readers can infer is not the best for Stephen, it is a very heart wrenching and confusing experience for her. At this moment in the novel, it seems as though everyone knows of Stephen’s identity, as readers we’re sure now, yet she is still in the dark.

Via this, Hall is perhaps making a comment on the lack of education that existed at the time, as a homosexual herself, and is depicting the impact this can have on the psyche. As predicted, the relationship doesn’t last yet Stephen does meet another lover during the First World War whom proved to be more loyal – her name is Mary. With her, Stephen is visibly much more comfortable with her identity too, she found some of her father’s books on sexuality and feels validated. Also in moving to France, she and Mary were able to befriend other ‘inverts’. As readers, we enjoy quite a few chapters of the happiness the couple shares, Stephen’s novels sell very well and they do not feel alienated anymore. However, this does not last long – the ending of the book returns the reader back to reality, which is that being homosexual isn’t easy, particularly during a time where Stephen’s and Mary’s actions would’ve been deemed to be sinful. It’s heart-breaking, which is only amplified with Stephen’s cries to God.

I thoroughly enjoyed this book and looked forward to reading on and on. At times, it did feel monotonous, and perhaps this is because homosexuality today is a much more spoken about subject. The inferences in the book, it felt like, were much easier for someone in the 21st century to pick up on, than someone in the early 20th century, which is perhaps what Hall strived to achieve with this book. Apart from that, I enjoyed being a part of Stephen’s ‘coming out story’ and I do feel much more knowledgeable on the alienation the LGBT community may feel, especially in relation to religious institutions.

I did not expect the ending at all, and at first thought, I was disappointed because I did root for a happy ending for Stephen but in hindsight, it does make much more sense; it’s the ugly reality of living in a prejudicial world. My only critique would be that Stephen’s character didn’t need to be so obviously masculine, even though this did play to be another clue on her sexual identity, I believe it would marginalise a lot of more feminine lesbians, or any other type of woman, which may hinder their sexual identity journey. It portrays a certain criteria that is necessary to be homosexual, which shouldn’t be the case. Arguably, this book may be to blame for labels such as ‘butch lesbian’, which only feeds stereotypes.

Due to it being an older book, not only is the language harder to comprehend, some of the language and representations in the book may be deemed politically incorrect and racist. Hall was anti-Semitic and some contempt for the black race is evident with the use of racial slurs; despite the fact that the book was written in 1928, it still doesn’t translate very well to the modern day. To add to that, the presentation of masculine lesbians doesn’t sit very well with feminists whom believe that love between women doesn’t have to convey or pass as heterosexual. This is very evident in the appearance of Stephen and of other characters like Jamie. In certain parts of the book, it can be interpreted that Stephen idolises men and holds them on a higher pedestal; some critics argue that this is perhaps because she is gender dysphoric and identifies with them but this can still be viewed as problematic.

I recommend this book, nevertheless, because it is a unique representation of a coming out story before the age of social media, where celebrities and Youtubers also do this via a youtube video, tweet or interview – it is perhaps the first. Despite some of the problems within the book, it does lay out a template and it is a source of education and solace for those whom are struggling with their sexual identity. It is a book that everyone will be able to take away from.