James Stuart was born in London and started out his early years in Derbyshire, but moved to Nottingham while he was young. ‘For the majority of my life I’ve been based in Nottingham’, James says, ‘it’s really my home.’ In an interesting parallel, the opening chapters of James’ novel Dragonstone sees protagonist Charlie suddenly move from Derbyshire to a Nottingham public school. ‘Charlie comes into Nottingham and is like ‘wow’ – and that’s how it was for me as a child. I’d come from Heanor and moved to Wollaton and it was like a big ‘wow’ at the time – that was magic in itself!’ This isn’t the full extent of the pair’s similarities, too, with Charlie Stuart sharing a last name with his author – though James explains ‘it was based on the pleasant flow of the name, rather than him being like me!’

James did a Sport Science degree at Nottingham Trent. He trained as a teacher in FE but now works with pre-school age children. ‘It was at that point that I got into writing’ he says.

James hopes to inspire Dragonstone readers to try new things and discover their own creativity. ‘Part of the structure of my lessons is to go out and be creative. I think it’s something that is grossly overlooked and it’s a shame. At school, I was very good at creative writing, but I didn’t make that link at the time. If a teacher had said to me when I was a child, ‘you’re good at this part of English, have you thought of doing more storytelling?’, that seed would have been planted from an early age. So that’s now what I teach when I talk to kids. My message is that you won’t know until you try – because I didn’t know until I put pen to paper!’ 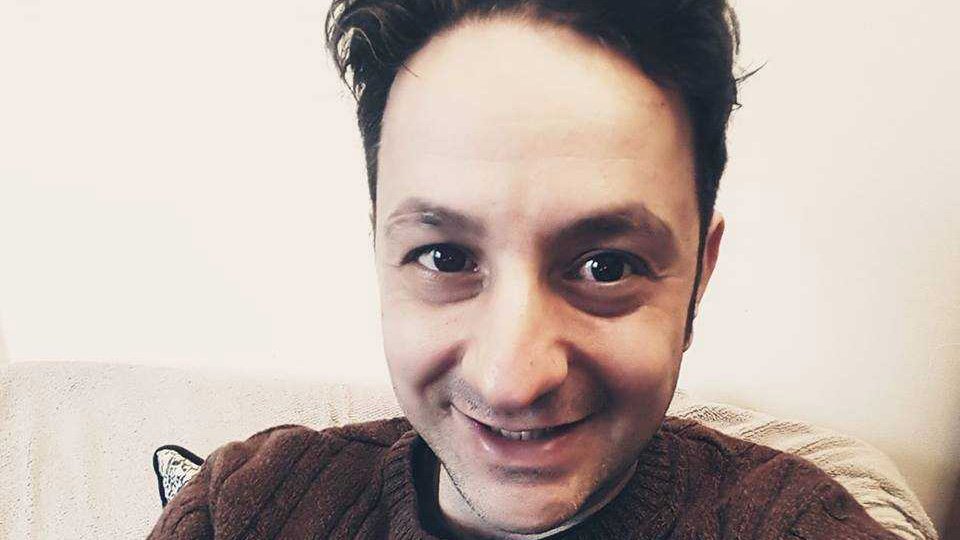 Dragonstone was actually sparked by James’s sudden idea of Wollaton Hall being a magic school while he was daydreaming on a train. ‘Wollaton Hall is my favourite Nottingham site. I don’t live too far from there and it’s such an amazing piece of land. We’ve got this city with lots of buildings, and then you go to Wollaton and it is clear land. That was my inspiration.’ ‘The idea of turning it into a magic school played on my mind, and then I had enough of it, so I put pen to paper. As soon as I started writing – bang – it’s like the floodgates opened. I enjoyed writing stories at school but nothing had ever made me think I could write a book.’

True to his own experience, James recommends that young aspiring writers try to ‘write everything down. No matter how crazy the idea is.’ He prescribes meditation too – ‘just to relax the mind. I’d encourage meditation 100%! I’d also recommend dream journaling. When you start thinking about doing something – you find sometimes you’ll have dreams about it – very wacky dreams – you wake up and you’ve dreamt chapters and ideas. Those memories can quickly fade, so keep a dream journal.’

Now the series is in full swing, James hopes that the books will work as an advert for Nottingham. ‘Hopefully as more people get to know the book, they will look at Wollaton Hall and say ‘yeah, that’s Dragonstone’.’ Scenes from the story include other local landmarks – for example Nottingham Castle and Sherwood Forest. The choice to immerse the work in the Nottingham landscape was made in appreciation of the local area: ‘everyone knows Nottingham because of Robin Hood – but there’s not much else that people outside of Nottingham know about. I thought it might be nice for Nottingham to have somebody else who might be a bit of a hero for them – Charlie Stuart.’

As for James’s influences to write this novel, it varies from superheroes, to Arthurian knights, to science fiction and even to architecture. Additionally, with Dragonstone‘s similarities to the Harry Potter series, J. K. Rowling is an influence on his work. This comparison does come with its issues, however. James says: ‘how many people are put off from writing because they think J. K. Rowling has cornered the market? I had to fight against thinking that no one would be interested in my idea because of Harry Potter. In the end I thought – you’ve got Pepsi and Coke, Microsoft and Apple, etc’. Great things often come in twos! Despite the competition, there are also perks to having similarities to the most high-profile author in the UK – ‘J. K. Rowling has encouraged grown-ups to read children’s literature – and that’s been true for my books as well. My oldest fan is now in their 80s!’

James actually notes that ‘the biggest issue I’ve had is getting reviews from young people. It’s the only problem with not being a ‘big name’ author – but I’m working on it!’ James is promoting Dragonstone by trying to find innovative ways to create a buzz around the book. In the pipeline are a number of exciting projects around the magical series – firstly, James is ‘in talks to have the books turned into a play’. James’s connection to Nottingham Playhouse through his participation singing in the production of Coram Boy has meant he’s been able to propose the existing market for magical mystery plays. ‘I’m looking at getting it into a script,’ he explains. Watch this space!

There are also dreams of developing Dragonstone into a comic series. ‘I was at Nottingham Comic Con and I was sat next to Nigel Parkinson who draws the Beano. It was completely amazing and he even drew me in Beano style!’ James wants the story to be developed into a comic book because it’s ‘perfect for the age group, and it would be great to have a visual on all the magic that happens’.

Concerning all these additional projects in motion, James explains that as an author, ‘it’s not just writing a book – there’s a tremendous amount of work to promote it and get it out there – I’m looking for that momentum’. Dragonstone will be a series of with at least four more books to come. Plus, the first two published novels will be re-published – ‘I’m a lot more experienced as a writer than I was when I first wrote the books’ – with an event to mark the occasion happening in Southampton. You can find out more about the series at the website here: https://dragonstonebook.com/, and keep up to date with James and the Dragonstone series on Facebook and Twitter at @Dragonstonebook