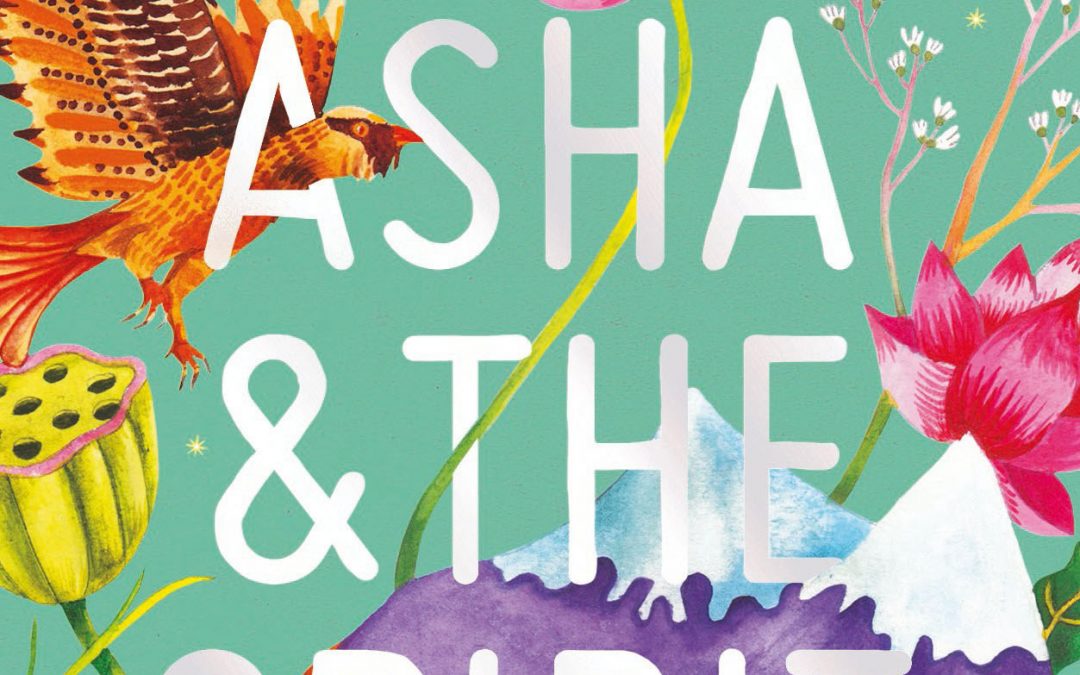 Few writers can claim to have had a start in life quite like Jasbinder Bilan. It’s safe to say Alan Sillitoe or Jon McGregor never counted a monkey among their childhood pets. Kim Slater and Dorothy Whipple probably didn’t encounter many violent cyclones in their early years. And should you wish to visit the author’s birthplace, you’ll have to try harder than the leisurely bus ride to Eastwood that fans of DH Lawrence can take –rather you’d need to go deep into rural India, through the foothills of the Himalayas, and there on a farm, find a barn.

That is where Jasbinder began her life and spent her first eighteen months, surrounded by nature while being told stories by her majee (grandmother) that would later in life play a vital role in bringing forth her book ‘Asha And The Spirit Bird’ (Chicken House Books). This magical, award winning debut brings to life childhood in India through the eyes of a young girl, Asha, forced into an adventure when her father disappears. But before that, we need to visit the rather less verdant environs of Lenton, Nottingham. 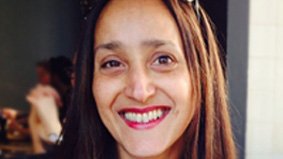 “We moved to Nottingham with my family when I was one and a half, close to Derby Road, then into Radford,” Jasbinder says. “When I was old enough I went to Mellers school (who she’s currently working with as their Patron for Reading). I have really happy memories of that time: we had a free childhood, going out and having adventures: we’d go to the top of high-rises and play on the roof, or slide down the steep tile walls of the local multi-storey carpark. We’d often walk to Wollaton Park with our German Shepherd dog Sabre. We loved being in nature there and one of the highlights was always to visit the flat-faced orange-haired orang-utan.” A vision of childhood –perhaps of its time in those less health and safety conscious years -familiar to many who grew up around Nottingham.

For Jasbinder, memories of India and those tales told by her majee were hidden deep within – “I probably blocked a lot of that off. I was growing up in Nottingham, trying to fit in”. From childhood writings, through to later in life when embarking on a Creative Writing MA at Bath Spa University, she would habitually set stories in her adopted country. “Then, it just appeared: I had to write the ‘big story’ on the course and I suddenly had this image of a little girl – who could be my grandmother – in a rural setting playing with water, huge mountains in the background. It felt natural and right: I saw how all those long-told stories could feed into the character of Asha.”

“I probably couldn’t have written the story in the past, but as you grow older you become more reflective. I thought about what if we’d never left India, and then more what ifs – what if money had been tight and my father had fell into debt, what would happen if things had been so different: reflecting on these questions started to create the plot for the character to inhabit.”

Her process of writing is infused with fun: she took an A3 sketchpad and filed it full of ideas, pictures and anything that inspired. “It made me be less strict with myself; when I actually sit down to write with a laptop it’s there, and it makes the writing less linear and more playful.”

Thus, a brilliant, imaginative book was born, woven from memory of stories long told in a land far away but shot through with a strong modern style honed in the UK. Its success has led to commissions for more books and other literary projects, establishing Jasbinder as a Notts writer (although she’s currently living in Bath) with a great career ahead of her.

EDITORIAL NOTE: For the record, we don’t advise ambitious writers to buy a monkey for a pet. A guinea pig will more than suffice.

Jasbinder Bilan (@jasinbath) is a member of AUTHORS FOR OCEANS, a campaign group of authors & illustrators united in aiming to make a positive contribution to help our oceans recover.