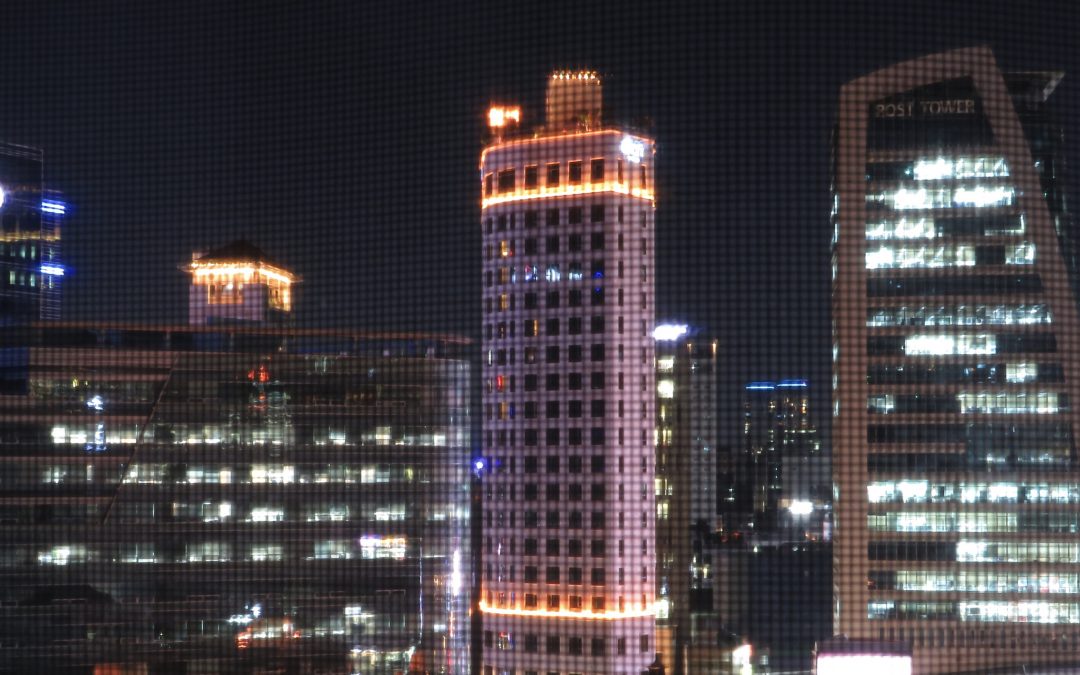 It is day ten of my fourteen-day quarantine, and I am on the eleventh floor of The Splaisir Hotel in Myeongdong, Seoul, one of the busiest shopping districts on earth. This is one of many hotels within range of Incheon International Airport that is being used by the Korean government to quarantine new arrivals. After about two hours of checks and form-filling at the airport, I was inadvertently driven within sight of several landmarks – the location of the Incheon Landings, the Han River, the World Cup Stadium, N-Seoul Tower – and directed into an emptied lobby, where someone kitted out like a nuclear waste disposal expert precision-jabbed a swab about six feet up my nose then gave me a room key.

Thankfully, the immovable desk where I write this has been set by the room’s (mesh-covered) window, which I have discovered opens about six inches on one side with an unappealing suck. Below, the foundations are being laid for a new tower block, and lilliputian figures move about in a muddle of mud and girders. My observations have taught me that it takes eight scoops from a Hyundai HX300 excavator to fill a lorry’s dump trailer. Behind that orchestrated fiasco is the serene, squat headquarters of the Bank of Korea, pinned down at three corners by little green domes, and then a hundred tower blocks, massive and ordinary, stretching out of sight in all directions – or all directions I can see within my ninety-degree radius on the world.

Save for some signage using Hangol, I could be anywhere that is, by some conceptions, somewhere. Cars and buses swing round the austere Bank of Korea fountain on the only bit of road before me, but the little square beside it is eerily empty. A Chanel banner ruffles in the breeze, and huge LCD screens pump out advertisements to tiny audiences – sometimes to no audiences at all.

No reasonable purgatory could diminish my excitement about what lies ahead … here in my little executive box above Seoul street-life.

South Korea has become world famous for its ability to flatten the curve and keep it flat, and I now have some personal experience of why. I am allowed to open the door to my room four times a day, to pick up breakfast, lunch and dinner from a plastic box or to drop my rubbish next to it, sprayed with disinfectant and tied in a heavy-duty orange bin-bag bearing a biohazard symbol. Security cameras in the corridor check that I don’t step across the threshold for any longer than is absolutely necessary, and daily announcements remind me not to.

This is a minor, memorable inconvenience, and I am not complaining. I’m here to be a writer in residence for Bucheon UNESCO City of Literature and always knew this was part of the deal. No reasonable purgatory could diminish my excitement about what lies ahead, and I’ve decided to take the opportunity to make a rather odd start to my project. Besides, I’ve actually found myself quite content up here in my little executive box above Seoul street-life. Perhaps being an only child helps.

I’ve had a lot of time to read and write, of course. I’m reviewing some poetry pamphlets for PN Review and a book for the TLS. I’ve reread Animal Farm for the first time since sixth form. I’ve written a poem, half of the introduction for an anthology of collaborations I’m co-editing, and an academic paper that I delivered on Zoom at 3AM – the only instance in which the eight-hour time difference has caused me any discomfort. And I’ve finally got round to reading Ismail Kadare’s Three Elegies for Kosovo.

‘There are times when the peninsula seemed truly large…. But times changed, and with them the ideas of the local people changed’. That is Kadare describing the Balkans, but the broad parallels with the Korean peninsula – divided across its waist by the last remaining impermeable front of the Cold War – are obvious. My project for Bucheon is to research, experience and write about the effects of that border, though I rarely take things on too directly in my poems originating in places that are not home, and I’m particularly interested in connections, parallels and human stories, so my mind has been all over the place, even though my body has stayed right here in room 1112. My other reading has included The Two Koreas by Don Oberdorfer and Robert Carlin, which is almost big enough to need its own suitcase, and – thankfully – as interesting as it is long. For example, did you know that the US Command hired psychics to detect North Korean tunnels? (Spoiler: it didn’t work.)

Four more days, then I take the metro to Bucheon, from where I can start to put some of what I’ve learned into practice. For now, I wait, effectively, at another border imposed by our current predicament, eager to complete the crossing.