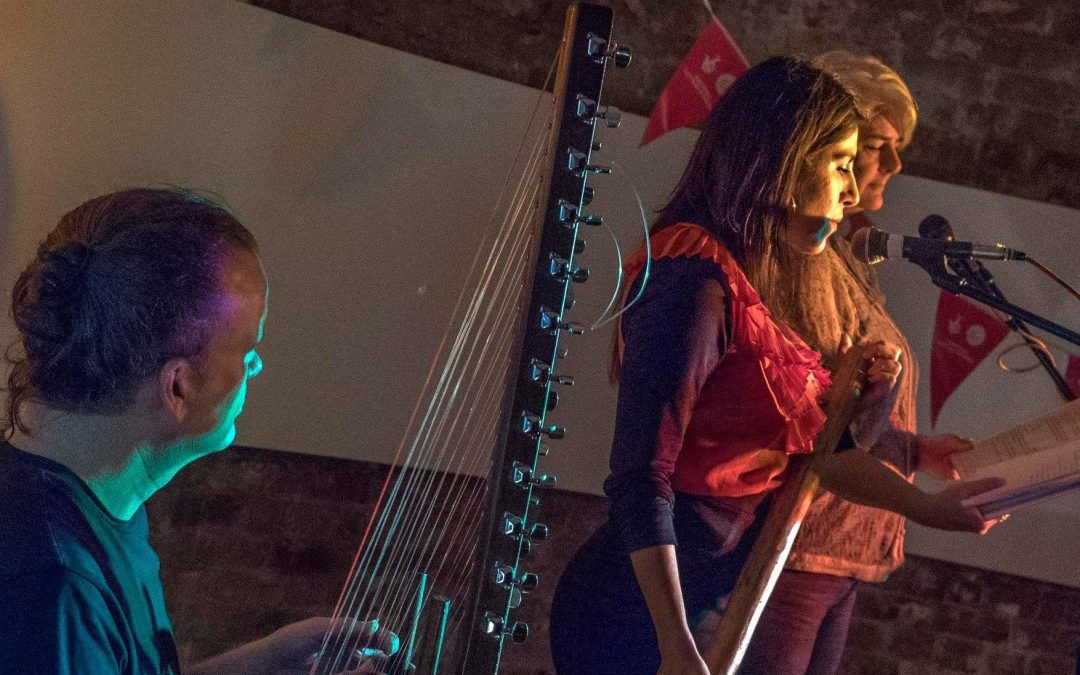 Our second multilingual poetry anthology, Us Versus Virus, was released in March 2021, exploring the human experience of the Coronavirus pandemic from different perspectives. It has been described as “a testament to people’s resilience, hope and fierce creativity.” by Dr. Rich Goodson and “a powerful, must-read collection” by Leanne Moden.

World Jam began in 2012 as Word Jam, a one-off poetry event for ESOL (English Speakers of Other Languages) speakers to perform in their native language, run by Dr. Rich Goodson. One of the attendees was Mina Fatemi, who then took charge of the idea and has been one of the driving forces ever since. Over the previous nine years, Word Jam has evolved into World Jam, gradually becoming a community of Nottinghamshire based poets and musicians, made of native and non-native English speakers from all over the world and from just down the road.

A significant bulk of our members are EU migrants or current/former asylum seekers, including two of our three directors. We know that sharing and performing your words is difficult and nerve wracking enough in any language, but even more so in a second language and when you feel you’ve been marginalised, so World Jam has been created as a supportive community and a place where your story is welcome, whichever language tells it, a place where it can be told with fewer barriers.

We have taken part in many local festivals, including Hockley Hustle and Nottingham Refugee Week, and have featured poets and musicians in over twenty native languages, although we lost track of the exact number some time ago. We actively encourage and support people to write and perform in their native language. We’re a coming-together for anyone who believes in an open minded world, that you can also have a dance to.

Over the next year, we will continue with our workshops, livestreams and socials, but will start up our live shows again and go back to having things face to face, when it is safe to do it. We will also be significantly expanding our outreach into Nottingham’s refugee and migrant communities, so that we can find, support and platform more of their voices.

Get the New World Jam Collection, ‘Us Versus Virus’, here