‘Wildwoods of Words’: The Value of Nottingham’s Libraries 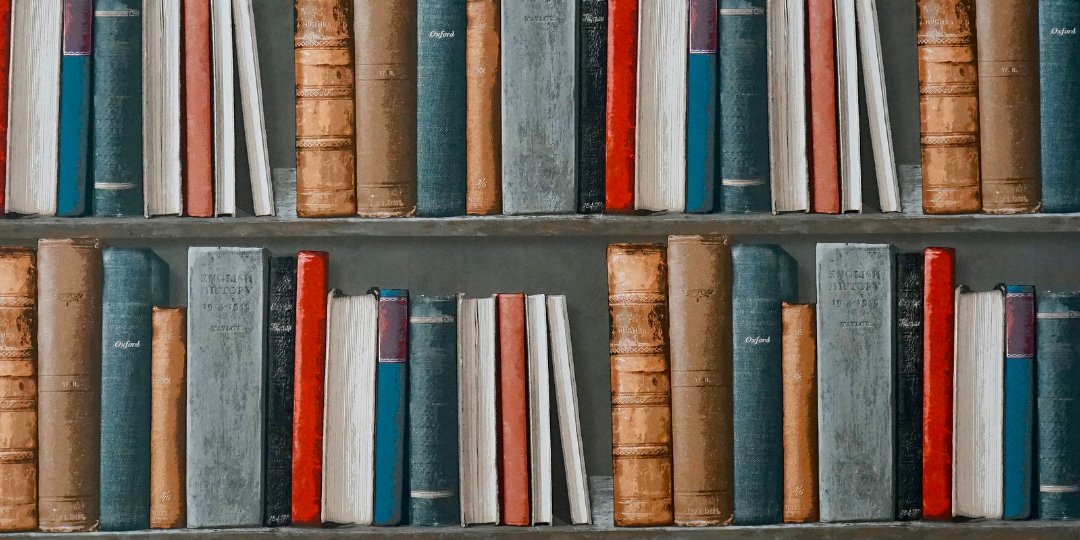 What if you asked a library that eternal triple-question – ‘Who am I? Where do I come from? Where am I going?’ – how would it answer?

Who am I? I am a library, a treasure-house of books, a sanctuary for study. They say of me that I am a world of books and every book is a world. I am a public place, but also many people’s private place. A safe haven for uncountable numbers of young people: be it their hiding place or happy place growing up; and a place of community and sanctuary for older ones. I am a time-machine who can take you to other ages and far-off lands. You can get lost in one of my books but find out what you want to do – and learn how to do it. I am an engine of social mobility. I am one of the spaces left to you that does require money to gain access or participate.

…libraries are story-forest, wildwoods of words.

Where do I come from? I come from the Latin ‘Liber’ meaning both “bark” and “book”, that is from the early use of tree-bark as a writing material. As the word’s roots tell you, libraries are story-forest, wildwoods of words. My life-blood is drawn from the people around me. You can go to an art gallery but that will not tell you about the demographics of the place. But with a library, you know where you are – the people there come from just down my road.

Where am I going? I don’t know. I may no longer come from just down the road. You risk finding my doors shut. Britain has closed almost 800 libraries since 2010.Sharp cuts to local authority funding have led to the loss of approaching 1 in 5 branches. Sadly, Nottingham, which has supported libraries well (unlike some other authorities) now risks following this dismal trend. Nottingham City Council is considering the closure of three public libraries as part of plans to save money: Basford Library in Vernon Road; the Radford-Lenton Library in Lenton Boulevard; and Aspley Library in Nuthall. By any metric this is sorry news. 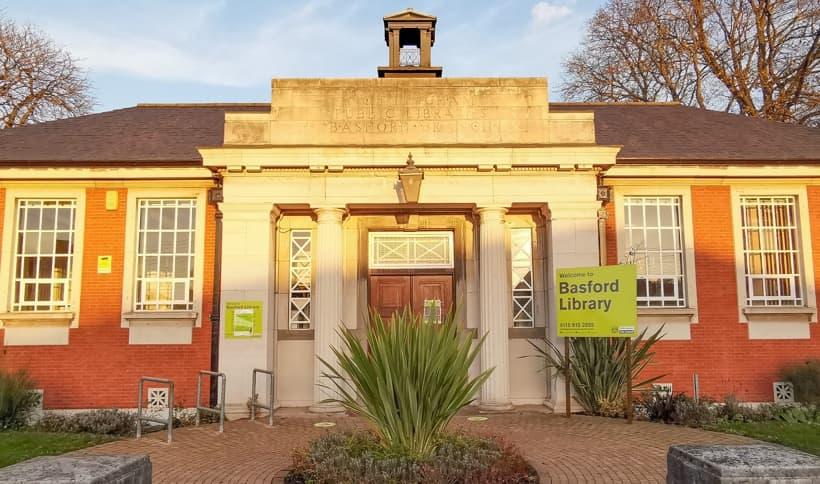 Nottingham is the 6th most deprived local authority in the UK for children facing poverty and low incomes, according to the English Indices of Deprivation 2019 Report. Nottingham North (where two libraries face closure – Aspley and Basford) is the 8th most “at risk” constituency in the country for literacy vulnerability; Nottingham East (already with one library demolished for “redevelopment” which will see a smaller library built – Sherwood) is 15th, whilst Nottingham South (home of – Radford-Lenton) ranks nationally 116th. In 2018, in conjunction with Experian, the National Literacy Trust reported that literacy issues are prevalent across Nottingham. On review of every parliamentary constituency in England, they found that of the 20 wards in Nottingham, 17 were among the most in need of literacy support nationally. The pandemic will surely not have improved the situation.

Nottingham is also a City that has engaged Literacy Champions and volunteers through the initiatives of, amongst others, ‘Read on Nottingham’ (the local National Literacy Trust hub) and ‘Small Steps Big Changes’ – and to some positive effect. But, small steps forward, three back? Nottingham is presently a city without a Central Library. It was closed down before the new one was built.

Our treasured Rebel Writer, Alan Sillitoe would be chained to the railing outside to stop its closure were he still with us today.

Nottingham too is a UNESCO-designated City of Literature, part of the Creative Cities network. The designation belongs to the City. It should be prized. Nottingham needs to think hard again and take a different course, to buck this trend of library closures. Take Radford-Lenton for example – the library of the old Raleigh workers and Nottingham’s great anti-hero Arthur Seaton. Our treasured Rebel Writer, Alan Sillitoe would be chained to the railing outside to stop its closure were he still with us today.

Think of the next generation. Ellis Guilford Academy, served by the at-risk Basford Library, has only 20% of pupils achieving a level 5 or above in their maths and English GCSEs. Nottingham Girl’s Academy, served by Aspley Library, is attaining 31%. The national average for achieving a level 5 is 43%. 51% of students at Ellis Guilford are in receipt of Deprivation Pupil Premium, this is 41% at Nottingham Girl’s Academy. Think of both ends of the age spectrum. As well as home for books, Basford library has been home also for regular events including talks, the Knit & Natter (particularly well-liked by older residents) and infant and child reading and play activities. The library is also popular with people looking for jobs and accessing the internet, and of course councillors’ surgeries: a neutral space where people could discuss their issues. Though the Council has found that close on 6 in 10 people access their library by foot, should Basford close, a trip to Bulwell would involve taking public transport. And, though there’s no central library presently , the journey into town becomes an unnecessary challenge with toddlers or if you have a disability – or both. Yes, one might say “use it or lose it”, but this seems beyond counter-intuitive in those very places where, precisely because of challenges they face, libraries ought to be kept going and enabled to flourish. 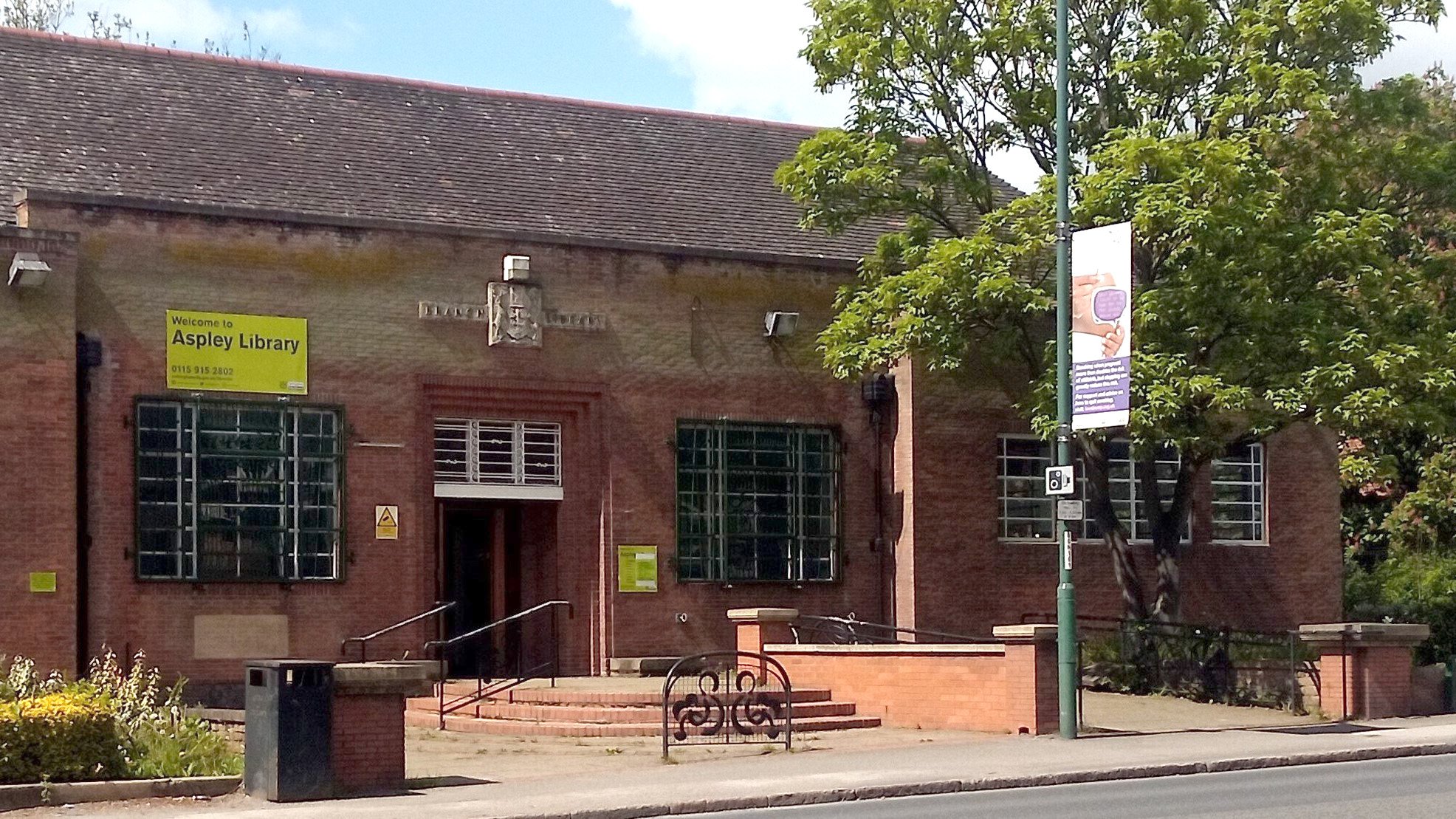 A postscript, an emotive one, but one no less true on that account. It concerns Ukraine where Nottingham City of Literature has two sisters cities, part of the UNESCO Creative Cities network – Lviv and Odessa. As a way of not only expressing abiding solidarity with them, but as to give libraries the last work, please reflect on this tweet of 4th March 2022 from Nicholas Poole, the CEO of UK Library and Information Association:

“Hearing, unbelievably, that public libraries are open in #Ukraine and serving the public as makeshift shelters, places of information and support. Some are even maintaining children’s activities & IT support for the elderly. These people are incredible”

That speak volumes not only about the enduring resilience of libraries to keep open, but also of the everyday heroes that are our librarians. As Mr Poole says, libraries “stand for freedom, literacy, knowledge, tolerance and understanding. It has never been more important to defend these ideas”.

He’s right. Literacy matters for wellbeing, for understanding how others think and live, for the chance to fully participate in the world around you, for equitable access to opportunity, for health and life expectancy itself. All of which makes the closure of any library, particularly where the foot-fall may not always be high, a social mobility time-bomb. Together, the Council – indeed all of us – must reflect on: do we really submit to settling for closure. Though the spur to the threatened closures is money (or, more particularly, the lack of it), closing these libraries would truly be the worst form of impoverishment.