Where IS Robin Hood? 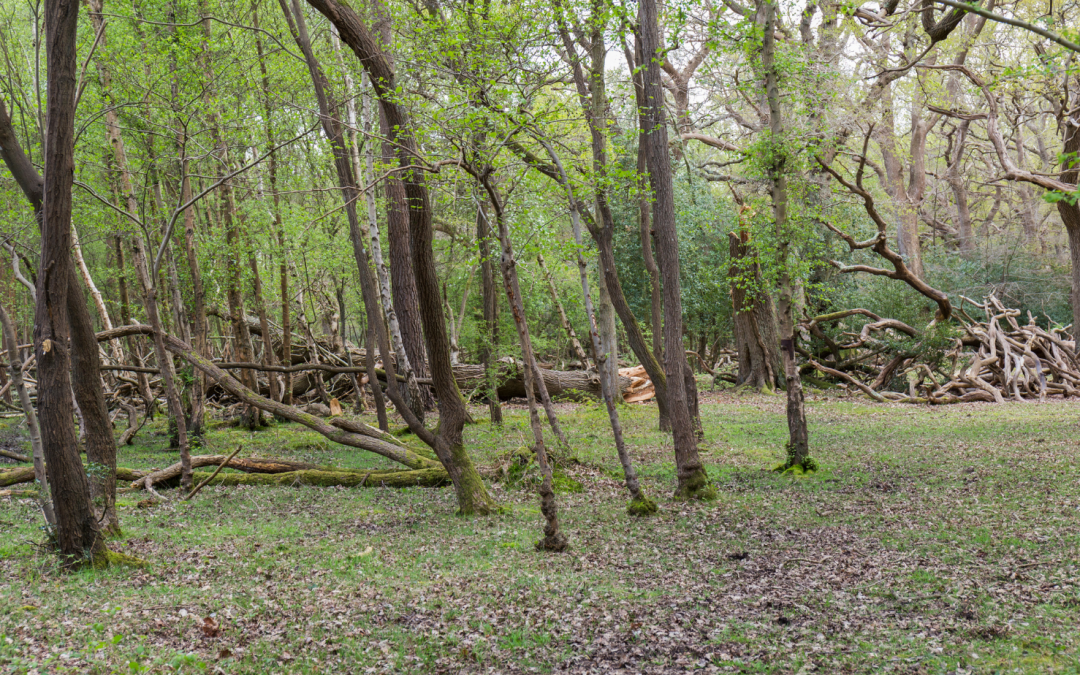 Where IS Robin Hood? Where does he live and thrive now?

It sounds like a weird question: those born in the 12th Century aren’t expected to be around today. Yet he is alive, in the same way that Shakespeare’s plays, or Byron’s cantos, or Van Gogh’s paintings are still alive. Where is, therefore, Hood’s hood?

‘Place’ is a key element of Nottingham UNESCO City of Literature: geography is front and center in our name. We often point out it’s not entirely accurate: ‘Nottingham’ as a defined location is fuzzy at best: officially it’s the areas under the City Council, but that has its own eccentricities. Beeston, West Bridgford and Arnold all sit outside the city, while Clifton, Wollaton and Colwick sit within. There is an arbitrary feel to this, and to live in one of the County suburbs doesn’t mean an individual has less to do with the city than someone who lives within.

Another definition is what is known as the Nottingham Urban Area, which recognises a ‘Greater Nottingham’: anywhere which has contiguity with / faces towards, Nottingham is seen as part of this. That seems a happy compromise, and what we usually have in mind when we say ‘Nottingham.’

‘Place’ is therefore defining, describing not just a geographic reality, but the culture, history, accent, and other less-defined elements that drench that area. This blend of abstracts is what it is to be ‘Nottingham’, or any other place. If you live in a place, that will inevitably render a different response than from those who observe from elsewhere. To disentangle it and trace every distinct element would be impossible, and no two people have identical understandings.

Yet we can discern some distinctions, and to do that, where better to go than social media?

In an admittedly none-too-scientific experiment, we took to Twitter with two questions:

The Nottingham question received about 4,000 responses (and thus around 12,000) words. Nottingham Forest; Robin Hood; and The Sheriff of Nottingham topped the charts, but honorable memories must go the 37 year old Tunes advert, where nasal congestion renders a hapless commuter unable to pronounce the name of our city; and the surprisingly enduring urban myth that there are five (or 2, or 7, or 10) females to every male here, a common fallacy that has nonetheless kept the local stag night scene thriving.

The Sheffield questions garnered a staggering 5,583 responses, and thus about 15,000 submitted words. At one point ‘Sean Bean’, ‘The Full Monty’ and ‘Steel City’ were trending on UK Twitter, as amongst many variations this pattern of response emerged from the data. Of that 15,000, there were a grand total of three mentions of Robin Hood, about a fiftieth of the responses asking “Why is Sean Bean trending? Is he dead?”.

The debate over the actuality of ‘Robin Hood’ as a definitive person is something that will never be resolved, as it’s clear he isn’t a single person, rather a mashing up of several identifiable individuals in the historic record, sprinkled with a thick green dusting of pagan Green Man imagery, and topped with a thick scoop of contemporary mores.

We imagine him not as a character locked in time, like we do William the Conqueror or Anne of Cleaves, but as an essence of a human quality embodied into an individual.

We imagine him not as a character locked in time, like we do William the Conqueror or Anne of Cleaves, but as an essence of a human quality embodied into an individual. It’s what has given him such durability and such flexibility. What other character could be a hero to politicians on the US Right (who have cited Hood as rebelling against their nemesis: Big Government and his taxes) to the Left, where the name was appropriated for a tax on financial transactions: a rebrand from the much less evocative ‘Tobin Tax’.

‘Ownership’ of such a myth is therefore much more complex than reducing it to a vague physical presence. Robin of Loxley may have some part in the development of the story of Robin Hood. But the idea he was the sole actor in what we know as ‘Robin Hood’ is fallacious and reductive. He is everywhere, and belongs to everyone. Yet when it comes to how the myth plays out in culture, his association with Nottingham and Nottinghamshire is enduring. The once-vast Sherwood Forest, which once bustled with ancient oak around the City, was his home. The Castle, occupied by the unsavory Sheriff, his home. When people think of Nottingham, they think of Robin. He is felt here, in the long history of radicalism, in the plucky underdog fighting against tyranny. Like Ned Ludd, his fellow legendary character, Robin is cut from the same anti-authoritarian, pro-egalitarian cloth. He is a part of that tapestry of Nottingham’s rebel history: from Cheese Riots, to Civil War, to Civil Rights. More metaphor than man, a noble rebelliousness many towns or cities might see as representative of their own heritage, but nonetheless inseparable from Nottingham’s cultural DNA.

We’d like to thank everyone involved with our recent Robin Hood April Fools project. Especially the Sheffield Tourist Board for putting up with our semi-slanderous social media jokes that claim caves are better than hills (they are). Thank you also to the team at the National Justice Museum for letting us take photos of Jarvis Cocker becoming a Nottingham citizen and finally to Robin Hood (under his contemporary alias, Tim Pollard) himself for his brilliant contributions. 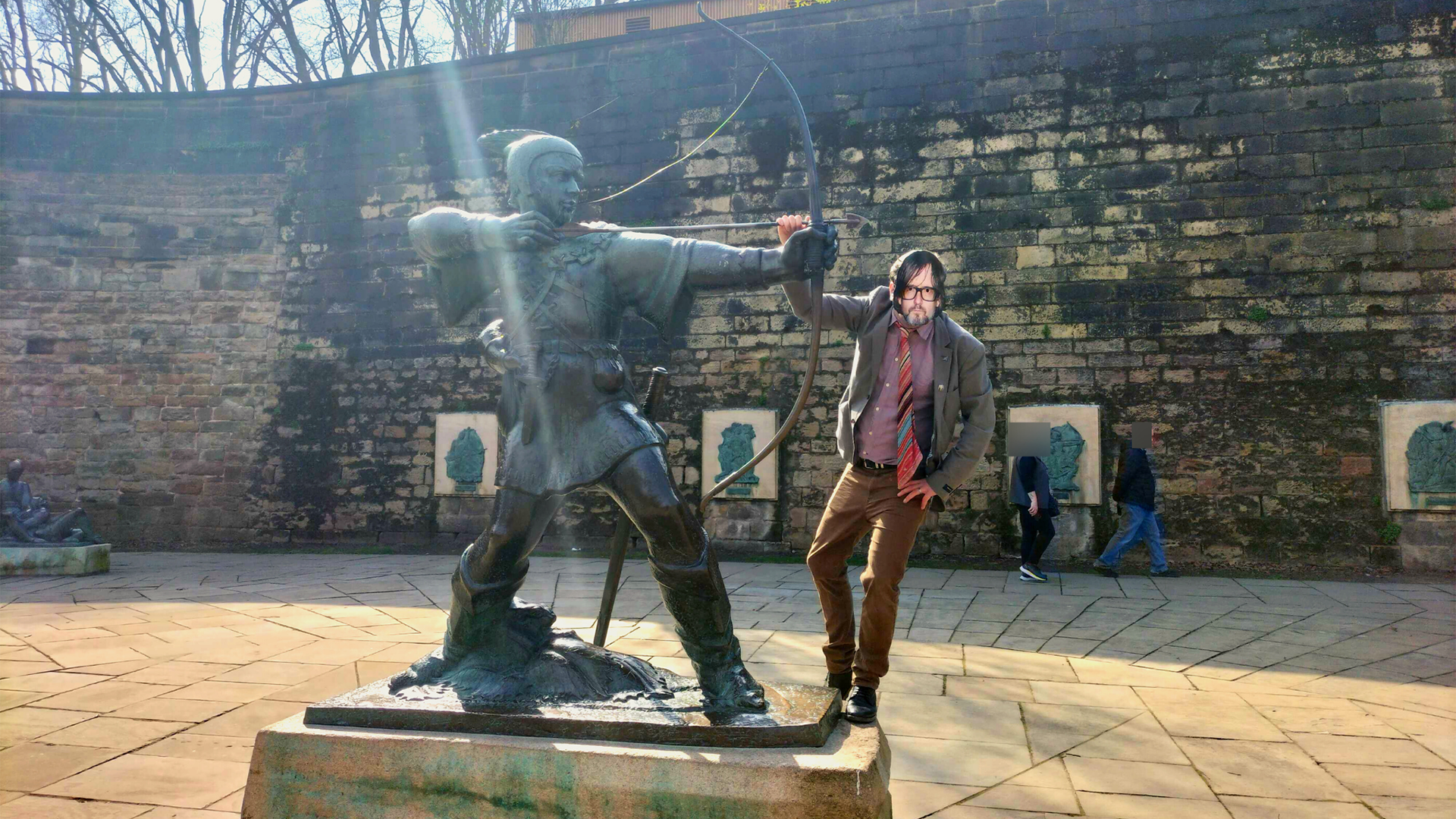 Did we fool you?