On the second day of (social justice) Christmas, my true love brought to me…. Two Robin Hoods

In the second of our festive celebration of Notts books which have been instrumental in changing the world for the better, we don Lincoln Green…

During the war, the young adult novelist Michael Morpurgo was evacuated to the countryside with his brother to avoid the bombs. He later joined the army before re-training as a teacher, finding the shouting too much to bear. When he took up writing books for young people, rather than reading to them, Morpurgo used his experience of war and the army for his first big hit. War Horse places Joey, a horse sold into the First World War, at its centre and develops the irresistible love story between two friends. The book is a fine anti-war novel, railing against war and conscription, and where the drum of war can be found beating in each generation, War Horse is an important book that shows how easily events can happen again and again.

In 2012, Morpurgo added Nottinghamshire’s Robin Hood to his arsenal of social justice characters. A young boy stumbles across an old skull in a forest, which sweeps him into the past. Once there, he finds himself joined up with the crusading Robin and his merry band of outlaws, who are fighting for social justice. In Outlaw, Morpurgo again shows intelligently the need for young people to fight the same battles again and again, but importantly, Morpurgo implies that for some causes, a blueprint for the fight may already exist.

We don’t know if Robin Hood actually existed. Many of Nottingham’s most celebrated heroes are subject to legend, rather than history but establishing a connection to the youth of today with the most rebellious characters from Nottingham folklore is at the least empowering. 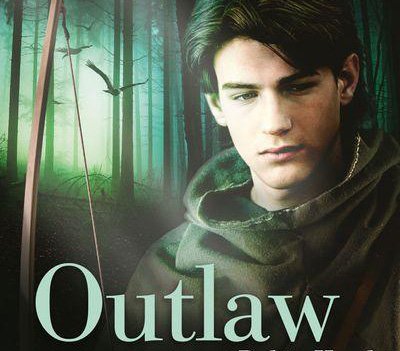