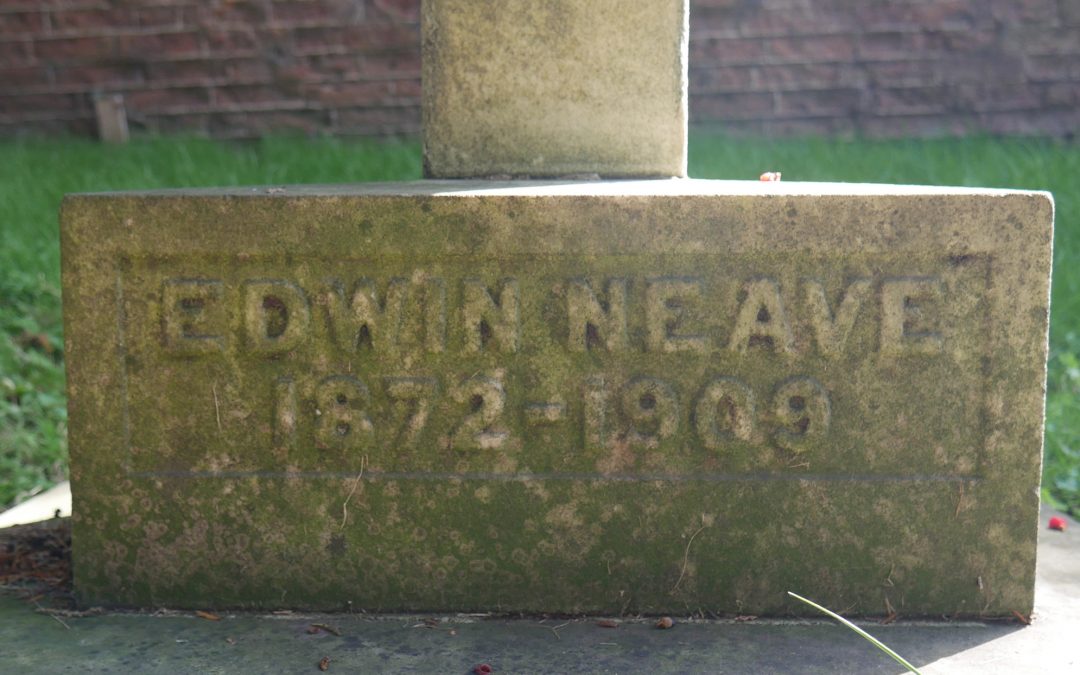 In the grounds of All Hallows church is the gravestone of Edwin Neave, a local insurance manager. Edwin had moved to Gedling in 1905 having worked himself up the insurance ladder; from a clerk to an inspector, then a resident secretary, before becoming a branch manager, all for the Guardian Assurance Company. An entertaining fellow, he liked drinking in Nottingham’s pubs and enjoyed music hall songs. But what brings this seemingly ordinary man to our attention? Well, cast your eyes over this drawing: 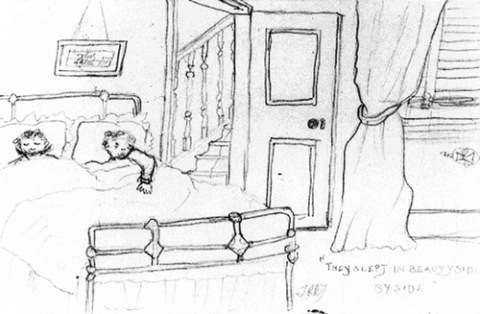 This postcard, entitled They Slept in Beauty Side by Side is a pencil drawing by J R R Tolkien, the writer, poet, professor, and author of such classics as The Hobbit and The Lord of the Rings. It’s most likely a self-portrait, with the young artist on the right. In the bed, next to the twelve-year-old Tolkien, is our Edwin Neave.

This drawing was made in 1904. With his mother gravely ill, Tolkien was staying in Hove, at the home of his mother’s younger sister, Jane. It was in this year that Tolkien became an orphan. Aunt Jane and her husband Edwin had no children of their own. Tolkien was fond of the Neaves and they had a paternal influence on him.

Edwin died in 1909 leaving money to his wife. A couple of years later, Jane Neave bought Church Farm in Gedling and renamed it Phoenix Farm. Tolkien’s aunt was an academic with a strong interest in both science and literature. She had been a science teacher for over two decades and would later take a science degree but farm life made a lengthy interlude. It was at Phoenix Farm that Tolkien wrote his poem The Voyage of Éarendel the Evening Star (1914). Éarendel, who first appears in this poem, later becomes “an important element in the mythical background of The Lord of the Rings,” according to Morton and Hayes (2008) in their interesting book Tolkien’s Gedling. This ‘Gedling poem’ does seem to contain Middle-earth’s beginnings.

It has also been suggested that Gandalf was based on Jane Neave, who had strong physical presence and mystical tendencies. 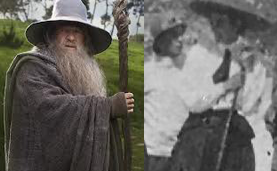 For the full story of Tolkien’s time in Gedling, I recommend that you read Tolkien’s Gedling by Andrew H Morton and John Hayes, £9.95, Brewin Books.