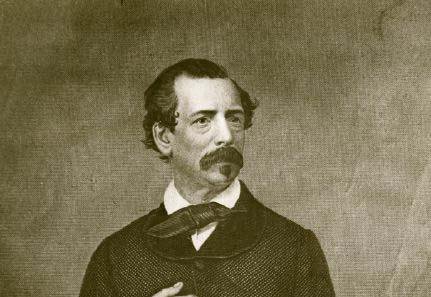 Back in the mid-19th Century, William Wallett was an internationally renowned circus clown and music hall star, whose act often included a performance of Shakespeare’s work. Having memorised vast sections of The Bard’s verse, Wallet would recite it with great gusto, earning himself the title ‘The Shakespearian Jester’.

Wallett is said to be the only man to have pawned himself. The story goes that he was due to perform in Nottingham when a brace of burly bailiffs accosted him, demanding payment of a debt. Wallett walked the men to a pawnbroker’s where he pawned himself for £10. Knowing he was required at the Big Top, the pawnbroker allowed the jester to remain with him until the ringmaster turned up to buy him out. When Wallett finally appeared in the circus ring, he addressed the crowd:

‘Good evening, folks in the pit and the stalls.

I’ve just had a rest ‘neath the three golden balls.

I popped myself in for a tenner or more

To satisfy Shylock’s own dogs of the law.’

The medieval tradition of jesters performing for royalty had yet to die out and, in 1844, Queen Victoria sent for ‘The Shakespearean Jester’. After the Queen was amused, Wallett seized on the chance for publicity and re-titled himself ‘The Queen’s Jester’. The name stuck, making Wallett a household name. In the 1871 census, Wallett’s mother even listed herself as ‘Queen Victoria’s jester’s mother’.

Further boosting his career, Wallett married into a family connected with many of Nottingham’s entertainment venues. He settled on Station Road in Beeston, later working as a lecturer and professor of elocution.

The Shakespearean/Queen’s Jester died in Beeston in 1892. He is buried in Nottingham’s General Cemetery.

There is a carving of William Shakespeare on Shakespeare Street (pictured above, right). It’s on the frontage of NTU’s Arkwright Building (former University College). Along with Shakespeare you can see carvings of John Milton, Francis Bacon and Isaac Newton. James Watt and Georges Cuvier also used to be there but their carvings were destroyed by wartime bombing.