The Lost Words in Action 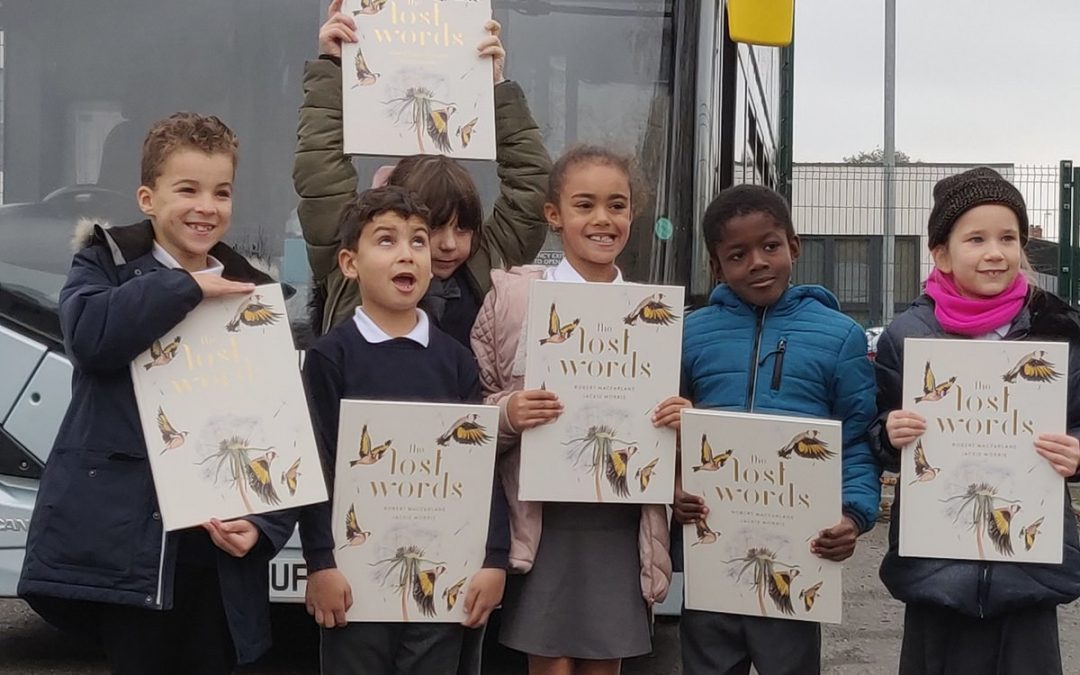 It has been said that children have lost the language of nature and the book ‘The Lost Words’ was written to plug that gap and get children back in tune with the natural world. Using the book as inspiration, I introduced a nature club as an after school activity to allow children to explore the natural world on their (school) doorstep. So many inner city children are detached from the natural world. However it is all around them, they just need a nudge to look.

In the first session the children were split into smaller groups and given a copy of the book to look at. This gave the children a chance to talk to their peers and explore the book together. A chance to discover the book, rather than being led.

The 6 sessions ranged from bird spotting, to looking at the trees and going close up on the school field. The aim was to collect the work produced and send it to Blue Peter, for the chance to receive a green Blue Peter badge, for their contribution to being environmentally aware.

Each child then collated their work and wrote individual letters to Blue Peter, requesting the green badge. The aspect of writing a letter was a requirement of getting the badge from Blue Peter. It also demonstrated to the children that you had to work for your reward, rather than just being given it.

…as a resource in an after school club or as a focal point around a English lesson, you have a starting point for so many activities.

The most rewarding aspect of the club was hearing one child prior to the bird session, stating that they knew ‘no birds’. They seemed really frustrated with themselves that they were unable to identify a single bird. I encouraged her to find a bird in the book and told her to look out for one on our bird spot. At the end of the session she was able to identify and name the six species of birds we had seen that afternoon and enthusiastically took a spare copy of the work home to conduct another bird spot with her family.

In an increasingly expensive world an activity such as bird spotting is a free and easily accessible activity for a family to do. Children benefit in so many ways from being outdoors and talking with their family.

The ‘Lost Words’ is a fantastic book, with beautiful illustrations. It really engaged and enthused my group in to wanting to know more and ask questions. By using it as a resource in an after school club or as a focal point around a English lesson, you have a starting point for so many activities. Activities that some children may not have the opportunity to do.