The Loneliness of the Lockdown Runner 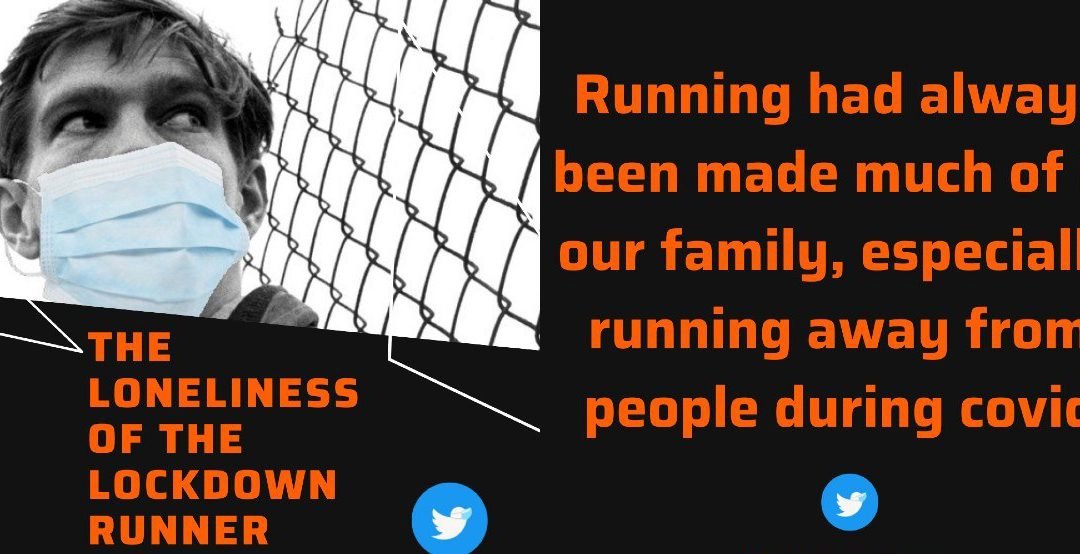 During lockdown, we’ve all found inventive ways of coping with our enforced solitude. From baking bread to learning a language, we’ve all experimented with different forms of distraction, now the pubs and restaurants are closed. But one trend that seems to be growing in popularity is the lockdown runner, or, more specifically, lumbering overweight middle-aged men.

Amid a pandemic that requires us to keep a reasonable distance from each other and to be hyper conscious of our hygiene, joggers seem to think now is the time to come panting and spluttering past like a back firing Chitty Chitty Bang Bang. Worst still, you can’t even tell them to back off as they’re tethered to their headphones.

I should point out that I, too, am an overweight middle-aged man. I’m just too lazy to plod and pant my way across the streets. I prefer to stroll, counting discarded face masks on the street.

All of this got me thinking about Alan Sillitoe’s 1959 short story ‘The Loneliness of the Long Distance Runner’. In this, seventeen-year-old Colin Smith is sent to Borstal for robbery. The governor notices he is a talented runner and puts him forward for a national long-distance running competition. Smith is athletic because ‘running had always been made much of in our family, especially running away from the police’. If he wins the race, as the governor is counting on him to do, it will vindicate the very system and society that has locked him up. It is a superb story of defiance and belligerence, casting Colin Smith as one of the greatest literary anti-heroes of all time.

In ‘For it was Saturday Night,’ one of the comics in the Dawn of the Unread series, I brough Colin Smith back from the dead to fight against the closure of libraries. But due to rigor mortis, he was so slow he didn’t get very far. Now I’ve adapted the story once more, but this time for the covid generation in ‘The Loneliness of the Lockdown Runner’

The original story is 17,209 words long. I’ve broken it down to 100 tweets that were published over five days, starting on Thursday 25 Feb – to commemorate the 84th birthday of Sir Tom Courtenay, who played Colin Smith in the British New Wave film of 1962.

I’ve reimagined the story on Twitter because, like Lockdown, Twitter is a medium of constraint. Similarly, the story can be told in short, sharp bursts, replicating the slow-paced trot of lockdown running. I like the idea of the form reflecting the content.

Twitter also allows you to produce extra layers of meaning through images and so I was able to include mash-ups of popular cultural references and tweak screenshots from the original film. Likewise, hyperlinks allowed me to provide a document of key events in 2020 – Trump, Farage, Brexit, Joe Wicks, the ridiculous slogans (Eat out to Help Out) as well as how lockdown impacted more specifically on Notttingham – such as the disastrous collapse of the Broadmarsh.

Where possible, I’ve incorporated text from the original story but with a contemporary twist to reflect the lockdown of 2020. For example, our homes have now become mini-prisons and the governors are Boris Johnson and the Tory party. They impart wisdom and enforce restrictions while flouting the rules themselves.

Whereas the original story features a seventeen- year-old imprisoned for theft, my version has a married man on furlough struggling to cope. But the real challenge in writing the story was inverting the ending. Colin Smith’s defiance was partly born out of contempt for how the prison governor cared little for his own rehabilitation and only for the status his win would confer to him. Likewise, what impact would Dominic Cumming’s flouting of restrictions have on the lockdown runner in my story? You’ll have to read it to find out.

David Mitchell is largely credited as writing the first ‘official’ short story for Twitter for ‘The Right Sort’ (2014). He was drawn by the challenges ‘posed by diabolical treble-strapped textual straightjackets’. I have a far simpler objective; drawing attention to one of the greatest short stories ever written, and, like the bread bakers and lumbering joggers, keeping myself occupied during lockdown.

Now that the story has been published in real time, James has retweeted it in reverse so that it can be read in chronological order on Twitter @Lockdown_Runner for World Book Day and Alan Sillitoe’s birthday, 4th March 2021.