The Golden Legend by Nadeem Aslam: a review by Joel Davie 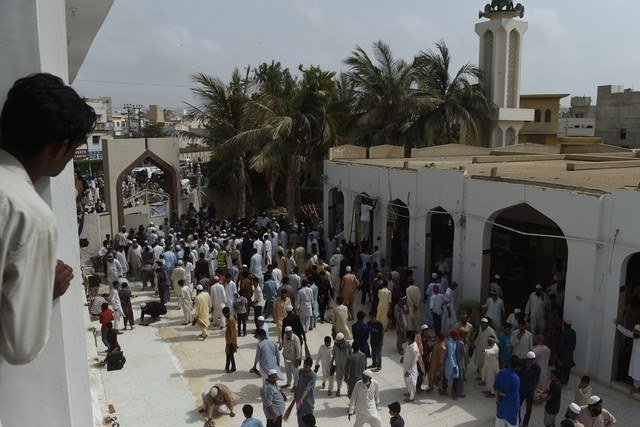 Set in contemporary Pakistan, in the fictional city of Zamana, The Golden Legend  begins with a death. Nargis and Massud are architects, and on the morning we meet them they are on their way to oversee the transfer, via human chain, of the Islamic books from an old Zamana library to a new premises that the two had designed and built.

Since each one of these texts contained the name of Allah or Muhammad somewhere, it had been decided that they should be taken from one building to the other by hand.

While this is going on, there is a violent altercation between an American and two young Pakistani men, and one of the American’s stray bullets ends Massud’s life.

Massud and Nargis are secular, non-practising Muslims, but the religious tolerance they display in being part of the human chain is in short supply in Zamana. Massud’s death is only the first of many tragedies in the novel (though the others are rather less accidental), for The Golden Legend contains many stories – too many to introduce here, but all interlinked, and each vital to the other.

Aslam shows an uncanny awareness of the complexity of living in a polarised society, and an impressive and brave ability not to be overwhelmed by it. His writing is vivid, and at times gives the impression of ‘energy dancing with itself,’ to use his phrase, but it is always calm and measured, and this gives both his prose and his characters a feeling of undefeatable, hard-earned dignity.

Stories like those we encounter in The Golden Legend can tempt one into hopelessness, but Aslam refuses to yield, and his insistence on the value and dignity of human life renders the novel a great example of a special kind of hope: hope that recognises it must fight to exist, hope that is free of lazy thinking, hope that doubts itself at every turn but must remain because it is often the last guard against despair – a despair that in the world of this novel, and in so many places in the world today, really does mean giving up your life.

Literature is always going to be prey to questions of its relevance, whatever it’s about. A glance over the news headlines of any given day can be enough to halt any creative endeavour. What would be the point? What will it change? ‘Poetry makes nothing happen,’ W. H. Auden wrote, and it’s hard to argue with. But Auden went on writing poetry, people continue to tell stories, and Nadeem Aslam has written a wonderful, wrenching novel.