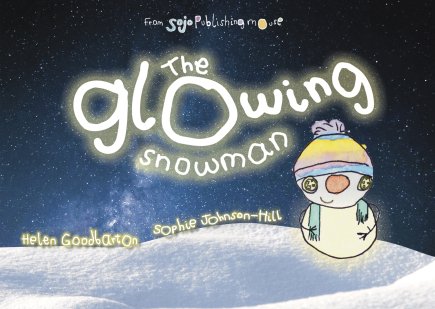 A bunch of adults, children, writers, teachers, creatives and anyone else curious about Nottingham’s new publisher Sojo Publishing Mouse, gathered at Waterstones on Friday 15 December to find out more about them.

Coffees and hot chocolates were bought, mulled wine was served, and the founders of the publisher, Helen Goodbarton and Sophie Johnson-Hill, greeted everyone with a smile and enthusiasm before jumping into the official launch.

We were in for a lot of fun, but to start off Sophie played a video that explains what Sojo Publishing Mouse is and the reason behind why they set it up. The reason is this: Children’s publishers have ‘silly rules’ which mean that unknown writers and illustrators such as Helen and Sophie are unlikely to have their story published. This caused the pair to wonder about all the brilliant stories that aren’t getting told because of the restrictions. So, naturally, they decided to do it themselves.

For anyone at the event who didn’t know much about the people behind the publisher, they had a segment featuring ‘Helen in a minute’ and ‘Sophie in a minute’ which was a lot of fun, as Helen’s presentation featured a number of old family photographs, and her commentary was all in rhyme. Sophie’s was done using a minute-long animation that she’d created, which meant that her commentary had to go in time to her animation, which led to some speedy catching up moments, making the little ones (and the rest of us) laugh. But it was Helen who summed up the partnership perfectly: “Sophie is the one with her head in the clouds, and I’m the one with my feet on the ground.” 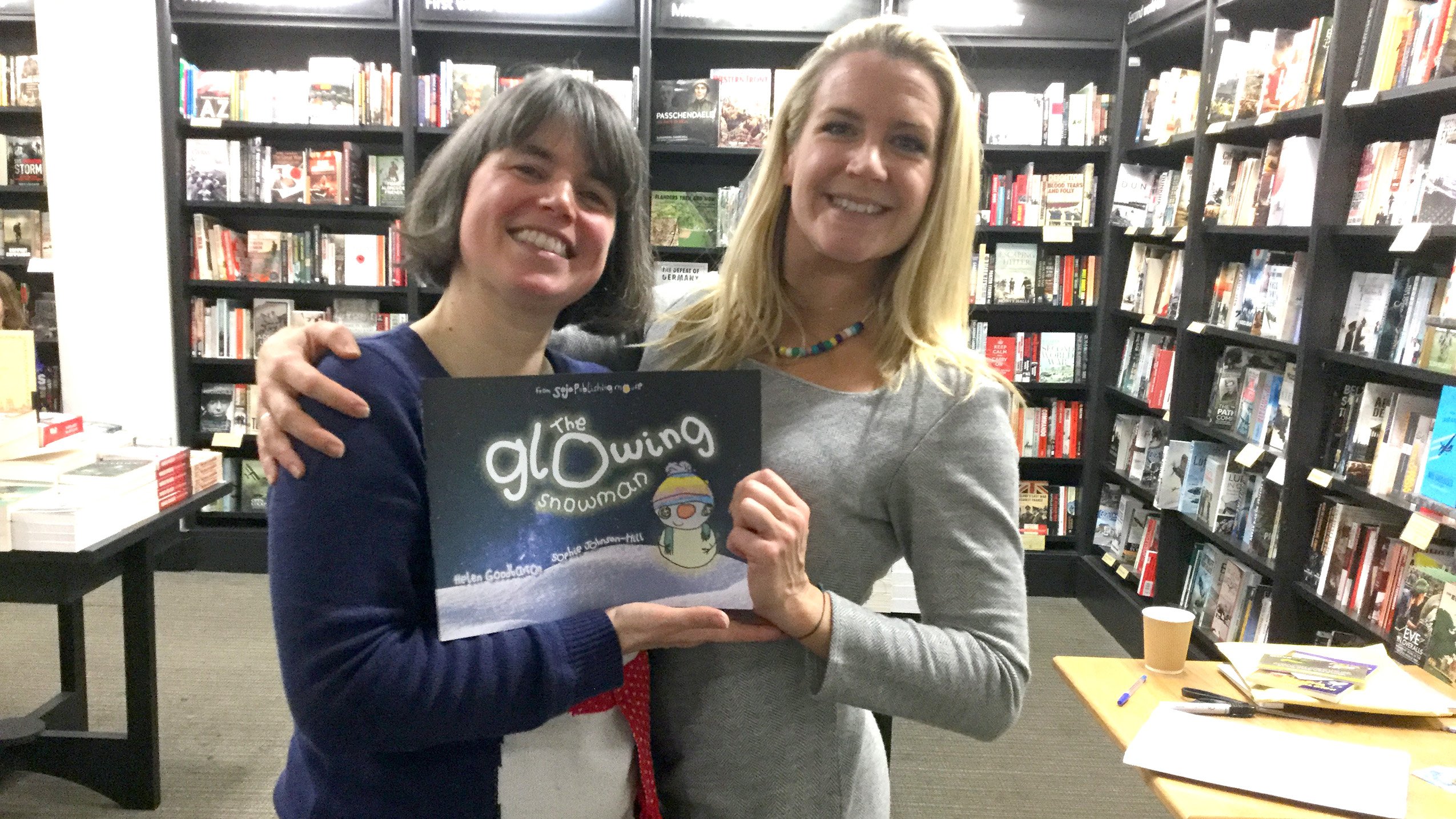 At this point, we were all introduced to The Glowing Snowman as Helen handed round copies of the book ready for a big read-along. And Sophie interjected that “should someone give you a piece of paper and a pen, here’s what to do!” then explained that we would all be given a slip of paper with the start of a sentence on it, we had to add a sentence then pass it on. So while the story was being read, and bells being jingled by Sophie to indicate turning the page, we also scribbled down sentences, creating our own stories along the way.

This activity was fun for the children and grown-ups, and the mini stories were quite funny and incredibly imaginative. It summed up what Sojo Publishing Mouse is all about: finding brilliant stories and giving them a chance to get out into the world and be heard.

It was appropriate then for Sophie to tell us all about her next project called ‘Children Tell the Best Stories’ which will be a series of animations telling a spontaneous story which will be written and illustrated by a child. The first in this series is a story told by a three year old boy called Morris. Sophie played the animation called ‘The Baby, the Sound and the Bird’. This story is brilliant and it had us all laughing so much we could cry. Through this project Sophie is also raising awareness for ‘The Flying Seagull Project’ which takes entertaining shows, stories and workshops to places and people who may not have access to it. For example, they work a lot with refugee children to give them something to smile about.

Part of their mission is also to deliver workshops to children. Helen runs her own children’s drama group called ‘Sprouts’ and so she is taking her experience of that and working with Sophie to put together workshops incorporating storytelling, imagination and creativity.

In a future book, they will be telling the story of a character called Mrs Hanratty who was created by one of Sophie’s son’s teachers at school. For years, this teacher has been telling the stories of Mrs Hanratty (who is horrible to children, but nice around parents!) and Sophie wants to bring this character to life. Workshops with children will be used to come up with the physical appearance and ‘branding’ of Mrs Hanratty, in keeping with the Sojo style of including the work and imagination of little ones. 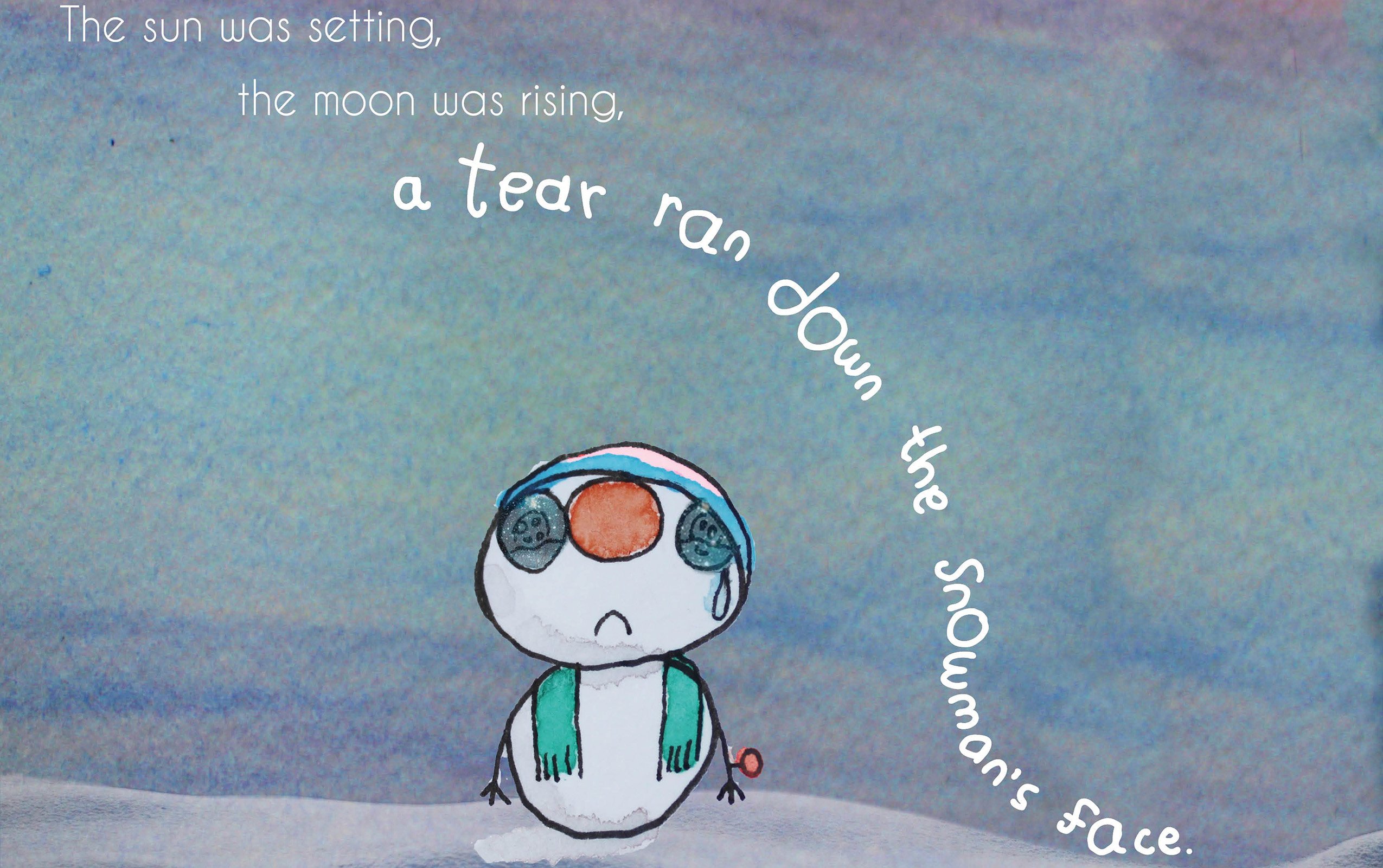 To finish the event off, Helen collected all of our slips of paper with the stories on, and read them out. Safe to say, all of them were brilliant and Helen showcased her delight by shouting: “PROJECT!”

Books were then signed and bought (they make really good Christmas presents for little people), the perfect end to a really fun evening.