City On The Page: Ten Novels Set In Nottingham 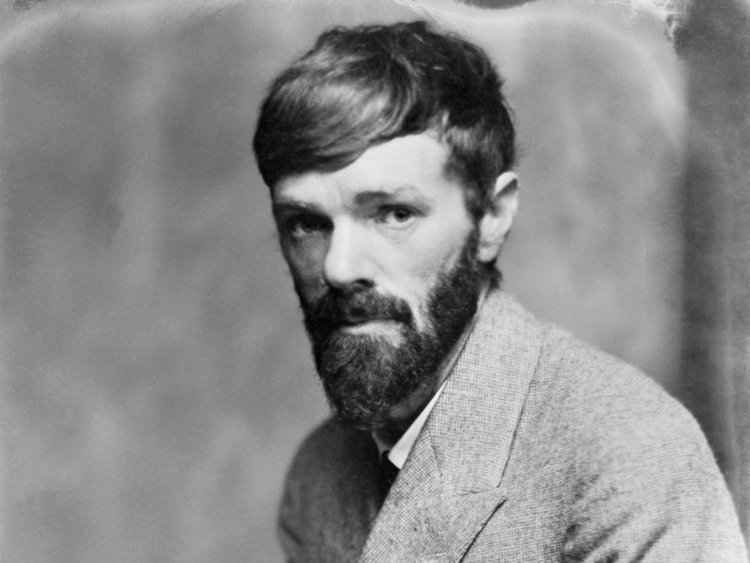 A list on top books set in Nottingham wouldn’t be complete without an appearance from DH Lawrence. Published in 1913, Sons and Lovers depicts the story of Paul Morel and his brothers, with a strong focus on the influence of the women in his life, particularly his mother. With underlying Oedipus complexities and Freudian allegory, Sons and Lovers placed 9th on the Modern Library’s 100 best novels of the 20th Century. A must read for any Nottingham son, lover, or a combination of the two.

Notable setting: Paul sends a painting to an exhibition at Nottingham Castle. Mrs. Morel gets excited upon reading a letter. It turns out that he has won first prize and that the painting has been sold for twenty guineas.

A Gun for Sale, Graham Greene

Nottwich is the fictionalised setting where Raven, an assassin, ends up after killing the Czech Minister of War. While on the run, he strikes up an odd friendship with Anne that began with kidnapping, though she is engaged to the police detective hunting Raven. Does Raven get away or is he caught up by the law?

Notable setting: During the 1920s, the Griffin and Spalding’s store on the Market Street/Market Square corner also went by ‘the General Draper’s Store’, mentioned in this quote from the book: ‘The street was full of people; they stretched along the southern pavement, past the theatre entrance, as far as the market. They were watching the electric bulbs above Wallace’s, the big drapers, spelling out the night’s news.’

The 2006 debut novel of Nicola Monaghan chronicles the life of a girl growing up on a housing estate in Nottingham. Kerrie-Ann has a lot to deal with – an absent father, a junkie mother, and the raising of her kid brother Jon. Luckily, she finds solace in the elderly neighbour next door who encourages Kerrie-Ann’s dreams by teaching her about life beyond the gritty Nottingham she has come to know.

Notable setting: Broxtowe council estate is where the character Kerrie-Ann grew up.

Key to the Door, Alan Sillitoe

Following Saturday Night and Sunday Morning, Alan Sillitoe’s second novel focuses on Arthur Seaton’s older brother Brian. Pubs, and the cardboard factory Brian works at, feature as the Nottingham backdrop, where the struggles of family life plague him until he is conscripted in the post-war occupation of Malaysia.

Notable setting: The book opens on Wilford Road, as a character ponders taking the tram. Some stuff never changes, does it?

The Unfortunates, B. S. Johnson

Despite the city this seminal novel is based in remaining unnamed, the setting for The Unfortunates is distinctively Nottingham. This non-linear read follows a sportswriter sent to a city (ahem…) on an assignment. Unfortunately for him, he is plagued by haunted memories of mortality and his dead friend. The best thing about this book? The first and last chapters are set but each of the other sections can be read in any order you like.

Notable location: A sportswriter is sent to a city to report on a football match at Nottingham Forest’s City Ground (although the ground isn’t named).

This is the final novel featuring John Harvey’s protagonist Charlie Resnick and angrily reflects Harvey’s thoughts on modern Britain. The grim discovery of a woman’s body, missing for 30 years, forces Detective Inspector Resnick out of retirement, and propels him back onto the frontline of the city. After thwarting Nottingham’s fictional criminals for 30 years, it’s good to see the detective back, even if it’s for one last time.

Shortlisted for the Orange Prize for Fiction back in ’06, this paranormal novel is centred on the medium Alison Hart who takes her other-worldly talents (and her manager) on a psychic tour. Hart, on the surface, is a happy, positive woman. But ghosts aren’t the only thing haunting her – traumatic childhood demons plague her and it’s up to the reader to decide what’s real and what’s in her mind.

Notable setting: A psychic conference takes place at an undisclosed location in the city; much horror ensues. Perhaps it is thus sensible it remains undisclosed.

I Came to Find a Girl, Jaq Hazell

Set smack-bang in the city centre, art student Mia navigates the seedy streets by meeting a narcissistic artist who goes by the name of Jack Flood. What unfolds is a cat and mouse game between our protagonist and her nemesis. The depiction of student life in Nottingham combined with the disturbing murders of several women, proves this book to be a compelling modern thriller.

Notable setting: Trent Uni’s Bonington building is where you’d find Mia, working in the top floor studios. The gallery on the ground floor is worth a look around – catch Nottingham’s Ruth Angel Edwards exhibition that’s on until Feb.

Sarah Bone and Nick Cane: Nottingham’s own dynamic crime duo. The story takes place during the 1997 General Election where Sarah is expected to lose her Nottingham seat. Nick, her ex, has just served a 5 year prison sentence for growing massive amounts of cannabis. The two are forced back together to discover whether Ed Clark, a convicted double murderer, really did commit the crimes.

Notable setting: One of Nottingham’s maze of caves provides the setting for a criminal undertaking.

Clare Littleford takes inspiration from her former career to tell this psychological thriller. Peter, a planning officer at Nottingham City Council, sees a woman scribbling in a notebook on his commute every day. After dashing off the bus and leaving it behind, our lad can’t help but take it himself, reading her intimate diary entries. Of course, the woman ends up disappearing and Peter has no choice but to get involved. Can he find her?

Notable setting: The beautiful Nottingham Council House is where our protagonist is based before the council moved offices to Loxley House in 2010. Give the left lion a pat next time you’re there.