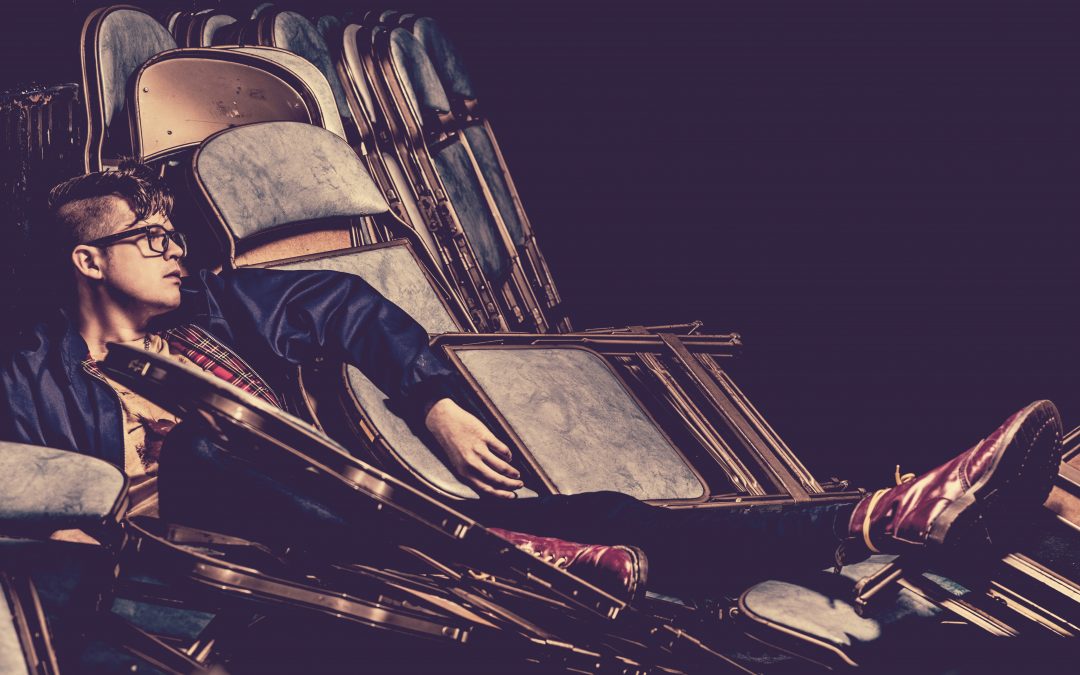 You were one of the headline acts at the first ever Nottingham Poetry Festival back in 2015 and the festival has gone from strength to strength since then. What do you think about the popularity of poetry as a modern art form and are you excited about the way it’s been crossing over into mainstream consciousness?

There are a lot of good poets around at the moment and the internet has helped them reach a larger audience. I think the internet has also helped influence artists genres to be more fluid. A new generation of artists has emerged who feel comfortable blending spoken word with theatre, comedy and music. People are specialising later in their careers, and often not at all. This has meant that poetry/spoken word or at least elements of it are seen by a wider audience, which has in turn breathed new life back into this sector.

Similarly, the worlds of page and stage poetry have cross-pollinated. It has become natural for all poets to read their work aloud, which is something that poets in the nineteenth century would have done automatically, but which by the 1950s had dropped off almost entirely (only the very successful/ established poets could hope to do a reading). Stage poets are also publishing their work more than ever, meaning we have a thriving, open-minded scene. This openness is appealing to audiences, and so it grows.

We have a Young Poet Laureate in Nottingham, whose job it is to advocate for the city through the media of poetry. How did the landscape and community where you grew up shape the way you write and the things you write about?

I grew up in a small (5,000 people) market town in Essex. I couldn’t wait to leave, but I know live in another small market town, just up the road in Suffolk. I do feel like an East Anglian, although the politics of my area (it’s a pretty Conservative place) don’t really suit me, the landscape does. I write a fair bit about East Anglia, not to the extent of someone like Martin Newell, but I feel that living in the countryside, away from London, permeates into all my work. I think place is important for a writer.

Your writing contains a lot of social commentary, and you’re pretty open about your political views – how has this intensified in the past couple of years with Brexit and President Trump’s America?

If anything, it has gone the other way. The dial has broken. Political soapboxing used to be the preserve of satirists, but now, with social media, everyone is at it. The hive mind is working on every possible joke and angle, by the time I get round to reading the news (and I read the news regularly) the Twittersphere has done all the possible jokes. Everything gets so tired so quickly. I’m stepping back, trying to put bigger political themes into stories that won’t have aged by the time the page refreshes.

Tell us all about your latest show; what can audiences expect from Frankie Vah?

Frankie Vah is the nom de guerre of a young ranting poet from the 80s, Simon Mortimer. Simon is a fictional character. He’s not based on anyone, but I drew heavily on my own experiences of starting out in poetry, some 12 years after Simon did.

When I started writing the show the Labour party was pulling itself to pieces. I found it so profoundly depressing to see all the in-fighting between people who agreed on 80% of the issues. Factionalism and the refusal to compromise is the very worst of politics. I wanted to write about that, but also what that kind of uncompromising absolutism can do to a person too. I knew that if I tried to write about Corbyn it ran the risk of being out-of-date very quickly. Instead I turned to a period of history where the Labour party had also been at civil war, but a period that we now have some perspective on.

Red Wedge was the other thing that drew me to 1987 in particular. I wasn’t around then, but I had read about that group in John Harris’ book about Britpop, The Last Party. When Damon Albarn was being wooed by the Labour Party (initially by John Prescott’s office, later by Tony Blair’s team) the first thing he asked about a possible link-up was: ‘It’s not going to be like Red Wedge, is it?’ Red Wedge had started as a scheme to have some of the counter-cultural cool of the musicians rub off on the Labour party they were supporting. But for a lot of people in the next generation, it had the opposite effect. The perceived perfidiousness of the politicians rubbed off on the musicians.

Where’s the weirdest place you’ve ever performed your poetry?

I performed my first play – What I Learned From Johnny Bevan – in the Houses of Parliament, in a room with two enormous paintings on the wall – one of The Duke of Wellington, the other of William IV, otherwise known as the Sailor King, who presided over a period of national austerity following the profligate reign of George IV. It was a strange experience but thrilling all the same.

Luke Wright will be performing his new show, Frankie Vah, at Metronome, Nottingham on Wednesday 5th December 2018 at 7:00pm. If you’d like to buy tickets, you can do so here.