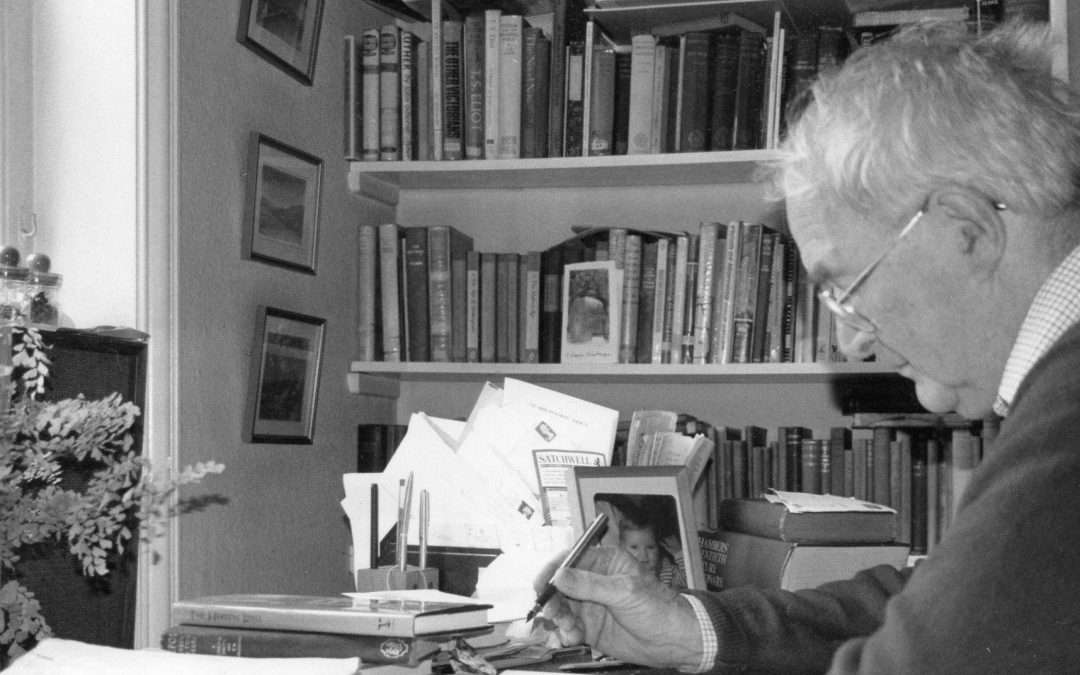 I first met Stanley Middleton and his dear wife Margaret in 1996 when I went to visit their beautiful garden in Caledon Road, Sherwood with my partner Dave. This was Margaret’s domain, a garden with roses, unusual perennials, secret pathways and shady places to read. Stan’s domain was the front room. His paintings were on the walls and there were bookshelves lined with the classics, Shakespeare and tightly packed slim volumes of poetry which always got my attention first. On late Friday afternoons, when writing and teaching were over, we would often visit them. Over many cups of tea, with Stan urging me with a devilish grin to ‘have another biscuit, Sue’, we learned a good deal about each other’s tastes and lives. I never ceased to be amazed by the extent of Stanley’s knowledge and his keen eye for detail. We talked about literature of all kinds, letters from literary friends, life at Cambridge, where both of us had been briefly been as Fellows, and sometimes, if Margaret had her way, plant catalogues.

Once we made the mistake of arriving too early. Stan was still cleaning the spiral staircase which was at the centre of their house and led up to his study. This gave me a whole new insight into the routines of which we had gradually become a part. My poem ‘Caledon Ceremonies’, first published in Stanley Middleton at 80, endeavours to capture something of these routines and the special conversations that we shared. I feel honoured to have known him.

Cleaning the stairs is one such ritual.

Fridays at an appointed hour,

you step away from each polished riser

shifting slowly in your spiral

away from the domed light,

away from the place where people’s lives untangle,

back into more public spaces.

Down here new books and correspondences,

linger in the chuckle of memory,

seize their moment to