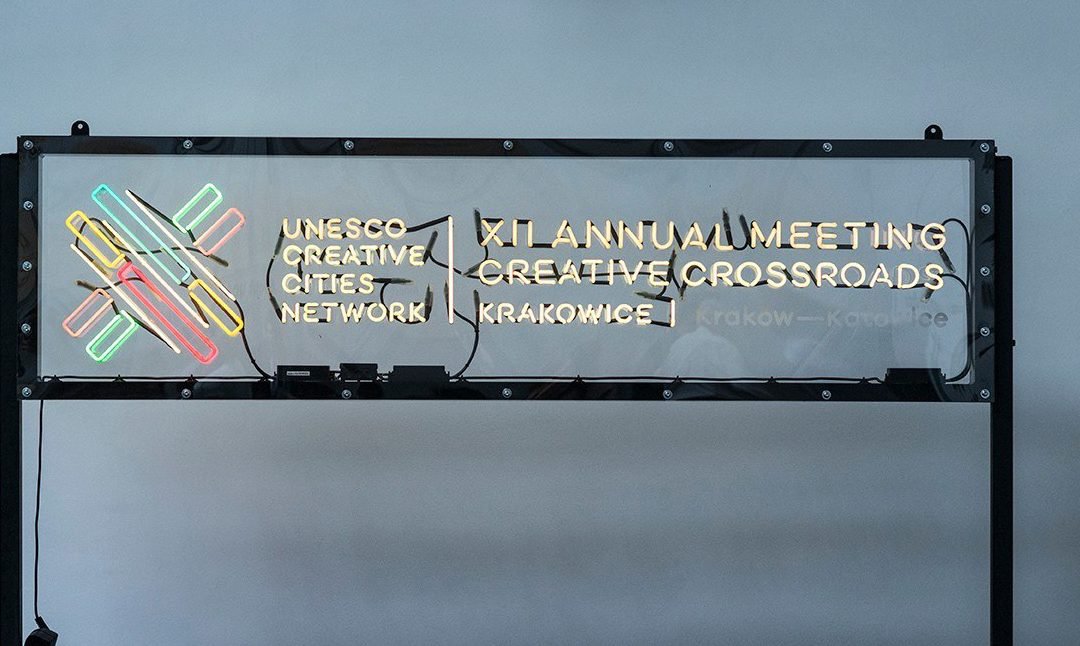 Nine UK cities attended the XIIth Annual Meeting of the UNESCO Creative Cities Network which took place in Krakow and Katowice, Poland, earlier this month (12 – 15 June 2018). The event attracted over 350 participants, including a large number of mayors and representatives from 64 countries and more than 160 Creative Cities.

Co-hosted by Krakow Creative City of Literature and Katowice Creative City of Music, the theme of this year’s meeting was ‘Creative Crossroads’, celebrating the collaborative and creative spirit of the network’s people, institutions and cities, as they work towards sustainable urban development.

Delegates gathered at the annual meeting, held discussions, open forums and workshops, shared best practices and facilitated future cooperation on creativity and innovation. High on the agenda during the plenary and creative field workshops were how member cities’ initiatives are fulfilling the United Nations’ 2030 Agenda for Sustainable Development.

The Assistant Director-General for Culture at UNESCO, Ernesto Ottone Ramirez, spoke at the conference saying:

“I am deeply convinced that the cities we are building together will be those of solidarity and of sustainable economic and social development. Success lies on our common agenda, which includes the implementation of the United Nations 2030 Agenda for Sustainable Development and the New Urban Agenda, for which you are already the daily actors.”

Leader of Nottingham City Council, Councillor Jon Collins presented Nottingham’s vision for culture and creativity ensuring all of our citizens have the opportunity to benefit from local and international cultural exchange. ‘Breaking the Frame’ is a new model of cultural democracy which challenges how and where culture is made; who it is made for; who can make it; and to redefine what culture is.

Director of Nottingham UNESCO City of Literature, Sandeep Mahal showcased the Storysmash project as part of a workshop about creativity for youth.

Last week, the National Centre for Writing was launched in Norwich City of Literature following a £2m regeneration of historic Dragon Hall.

A further UK gathering of the UNESCO Cities of Literature is planned for May 2019 where cultural leaders from 28 countries will visit Norwich and Nottingham (two of the UK’s four Cities of Literature) for a week-long programme of events. It will be the first time the prestigious international forum has taken place in England.

2020 will see this global creative network continue its rapid growth. Now standing at 180 cities in 72 counties, more cities are expected to join the Creative City Network in November 2020, as UNESCO makes further appointments to the global network. New cities will specialise in one of seven creative fields: literature, design, film, gastronomy, crafts and folk art, media arts and music.