Simon Callow and the Co-op Roast Chicken: 20 Years of the Lowdham Book Festival 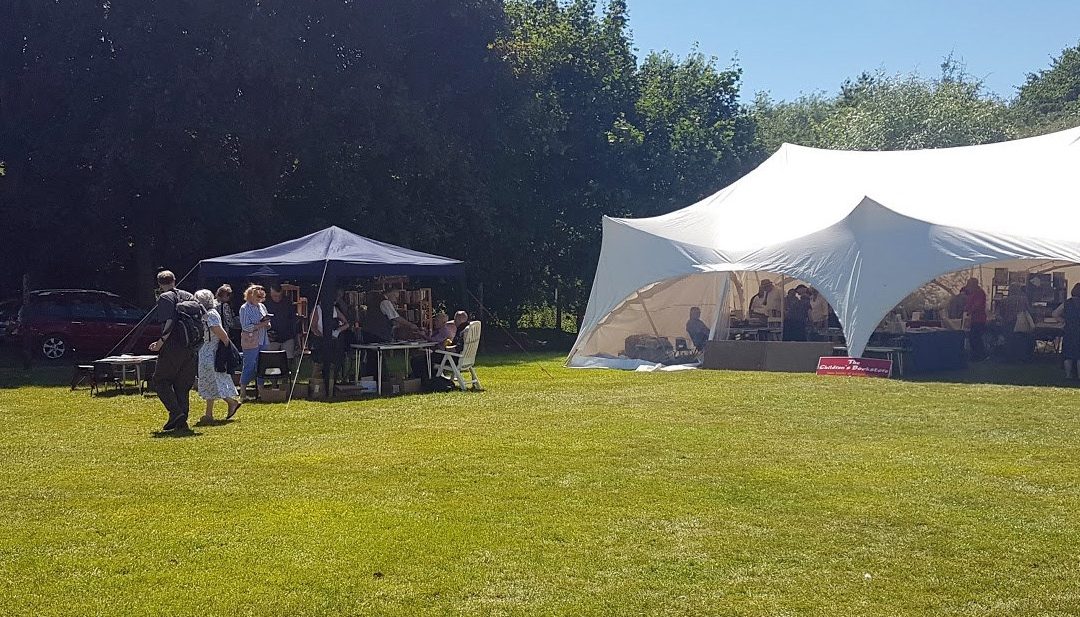 It’s 10.45 on a Saturday morning. The sun is shining, it’s going to be a hot day. It’s the last Saturday of June. The WI Hall is already packed, the Methodist Chapel has started turning people away. In the Village Hall Committee Room the volunteers are expecting a smaller group for a more specialist event and outside the people at the speaker’s marquee and the children’s storytelling tent are fussing about whether to put the sides up. There’s stalls all over the place, the first arrived at 6.30am. The cafe is humming. It’s the end of the last full week in June, the last day of a Festival that started a week previously, or maybe ten days previously, or, some years, four weeks previously. It’s Lowdham Book Festival any year over the last twenty years. Although once or twice the sun didn’t shine and once, only once, the village was flooded, but the Festival continued. We worried over people’s houses being damaged but our own sandbags and luck kept the water away from the Festival site.

It all started when we – Jane Streeter of the village bookshop, The Bookcase, and Ross Bradshaw, then the County Council Literature Officer – met for the first time. After an hour we decided to run a book festival. Jane, after all, had organised a crime writers’ and an Irish evening and Ross some literature events, so surely a book festival would be easy… Action research first. AL Kennedy and Don Paterson came to a reading, both quality literature acts though not then in the premier league, so we thought if people from the village came, and people from the city came, we were set. The Methodist Chapel was full, to the delight of both speakers, as both are from a Methodist background. Game on.

Twenty years is a long time, not least as the Festival spawned a winter weekend, a film and literature-based Flicks in the Sticks, a monthly “First Friday” talk, children’s book groups, author visits to schools, Lowdham Book Festival on Tour and some years (the tenth, eleventh and twentieth come to mind) it went on for, well, ages!

Along the way The Bookcase grew and now employs ten part-time workers, several of whom service its school supply business. Jane became only the second woman and the first person from an independent bookshop to become President of the Booksellers Association. Ross went full time as a publisher and in 2013 set up his own bookshop in Nottingham, Five Leaves, which employs six part-time workers and won the Independent Bookshop of the Year award.

With twenty years of the Festival behind us it would be invidious to pick out the highlights, but there are lots of small memories that will remain. Jane finding herself next to Simon Callow as he bought himself a chicken in the Lowdham Co-op; Jonathan Meades being the only person who didn’t notice the gale that threatened to set sail a marquee in which he was speaking; Ian McMillan guesting at “Lowdham’s sleaziest nightclub” as we renamed the Village Hall for one night only (whatever happened to that glitter ball?); Jackie Kay forgetting her mike was turned on…; Ken Coates‘ last public appearance; tears aplenty when George Alagiah talked of giving the names of sick refugees or famine victims who would soon be dead but how important it was to always tell us their names. Not such small memories then.

Some of those who first spoke at Lowdham as “unknowns” went on to become major figures, like Rachel Joyce (The Unlikely Pilgrimage of Harold Fry) and some are no longer with us, like Alan Sillitoe who spoke at our first Festival and many others, each time, it seemed, attracting a bigger audience. 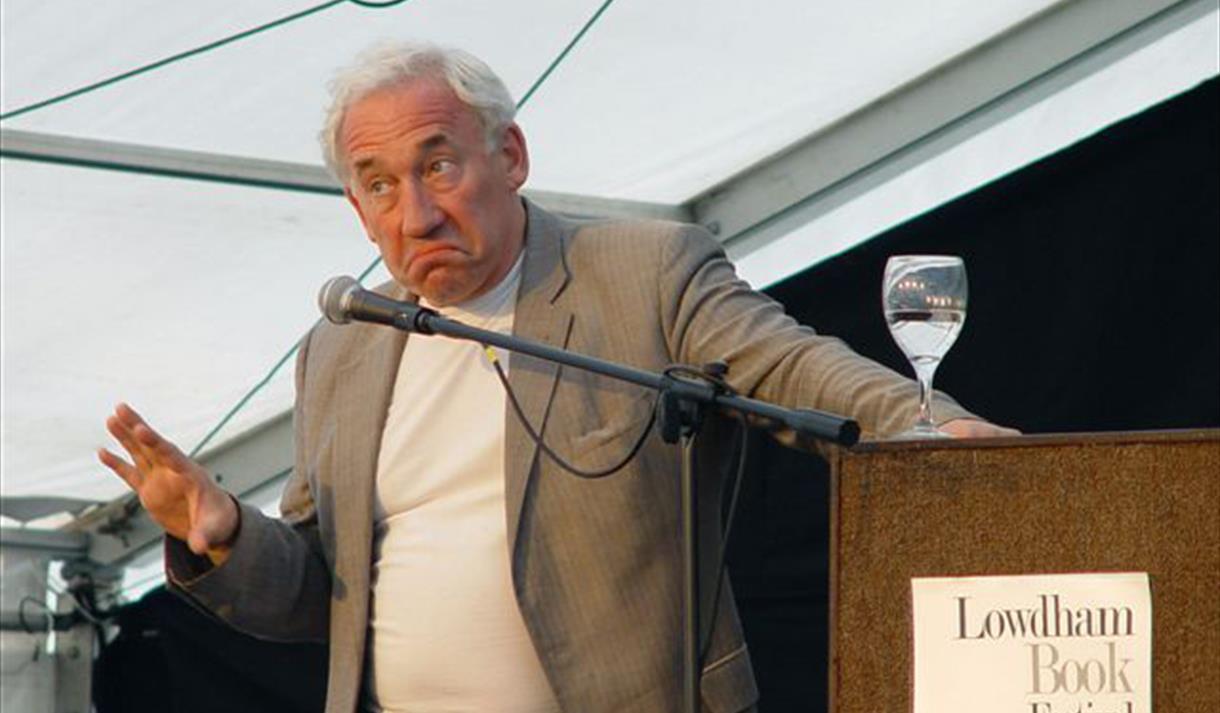 Throughout, the Festival has had enormous local support, with many people booking for lots of events and even basing their holidays round the Festival. Some research from a few years ago said that about a third of the attendees lived within walking distance, another third were from 5-6 miles away and the rest from all over. And hundreds of writers from the region also spoke, joined panels or launched their books.

After Ross’s shop opened Jane ran the Festival on her own, well, with her staff team, save for the “last Saturday” which Ross continued with his team. But after twenty years it’s time for a moment’s pause. Pressure of work at Five Leaves has caused Ross to call time on his involvement while Jane will now start thinking about what to do with the Festival from now on.

Whatever happens in the future, it’s astonishing that this small village has hosted a Festival which, for two decades, has been the flagship book event for the whole county.