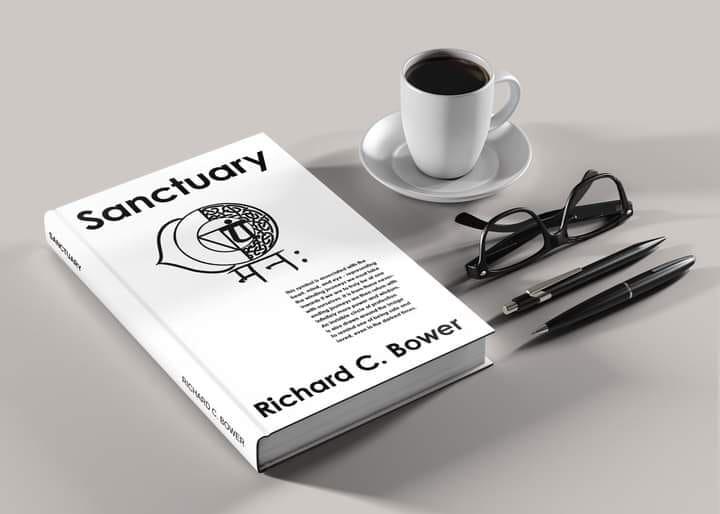 Richard C. Bower has been a writer all of his life. From a young age he has always written – be it in diaries, journals or note pads. However, he thought because he did it, it was normal and never thought anything of it. He therefore never showed anybody his writing.

This all changed in 2013. His mother passed away from cancer. His bereavement counsellor, from noticing his introverted nature, asked him to write a journal to express his thoughts and emotions in relation to his mother’s passing. Over the following weeks, after reading Richard’s journal, his counsellor asked him if he had ever shown anybody his writing – she strongly recommended that he did so.

From that moment Richard very tentatively started to show people his writing, expecting to be mocked and ridiculed as he did so. This never happened, the response was rather the opposite and continued to encourage Richard to share his work. His reputation and profile quickly snowballed and culminated when the founder of the Soulful Group publishing house noticed his writing on social media and offered him a four-book publishing deal.

Richard therefore views what has happened, and continues to happen, as his mother’s passing gift to him.

His debut poetry collection ‘POSTMODERN’ was released in 2018 and championed by Henry Normal. It deals with the emotional fallout from his mother’s sudden death, written at a time when he had lost his way in life and gone off the rails. This rawness comes across in his writing which is reminiscent of the existential musings of Jack Kerouac and Beat poets. Upon it’s release it was considered as one of the top five books to read that year by Leftlion magazine. Drawing comparisons with Lord Byron and Charles Bukowski, the book sold globally and suddenly gave Richard a world-wide audience.

Richard’s latest collection ‘Sanctuary’ was released in December 2020. Earlier that year he had taken himself away to live in a Buddhist community for six months, to give himself a new sense of calm and appreciation of the here and now. He felt like he needed to get away from the life he was living, and to find a different viewpoint and creative space. This is where he wrote ‘Sanctuary’.

Since its release ‘Sanctuary’ has quickly made it into the top ‘Inspirational Books’ list on Amazon (above Lord Byron, William Blake, and Rumi, et al). It has evidently struck a chord with readers during lockdown who are finding it helpful to take one poem a day at a time, serving like a mindfulness exercise.

Academic experts have likened the themes of ‘Sanctuary’ – the power of self-reflection and the rejection of hyper-modernisation – to the works of Indian poet Rabindranath Tagore, winner of the 1913 Nobel Prize in Literature.

And on the back of the book Richard’s journey continues, having recently received an invitation from one of Britain’s oldest and most prestigious literary institutions to read his work. It is the same organisation that Oscar Wilde, Sir Arthur Conan Doyle, HG Wells, and Graham Greene, et al, all read at, in years gone by.

Richard sees life as an incredible journey. He never envisaged all the success he has received nor, not least, that he would even become a writer, saying:

“I feel blessed, I believe my mum’s pulling some strings for me up there, life is full of surprises. It’s incredible that people are finding inspiration in my work to get through their own hard times. That’s something powerful.”

Richard views writing, and self-expression, as fundamental to the human condition and continues to write, first and foremost, for himself as a therapeutic process – one that has helped him through some very dark times. “Anything that comes after that is a bonus” he says.

POSTMODERN and Sanctuary are both available to purchase on Amazon.