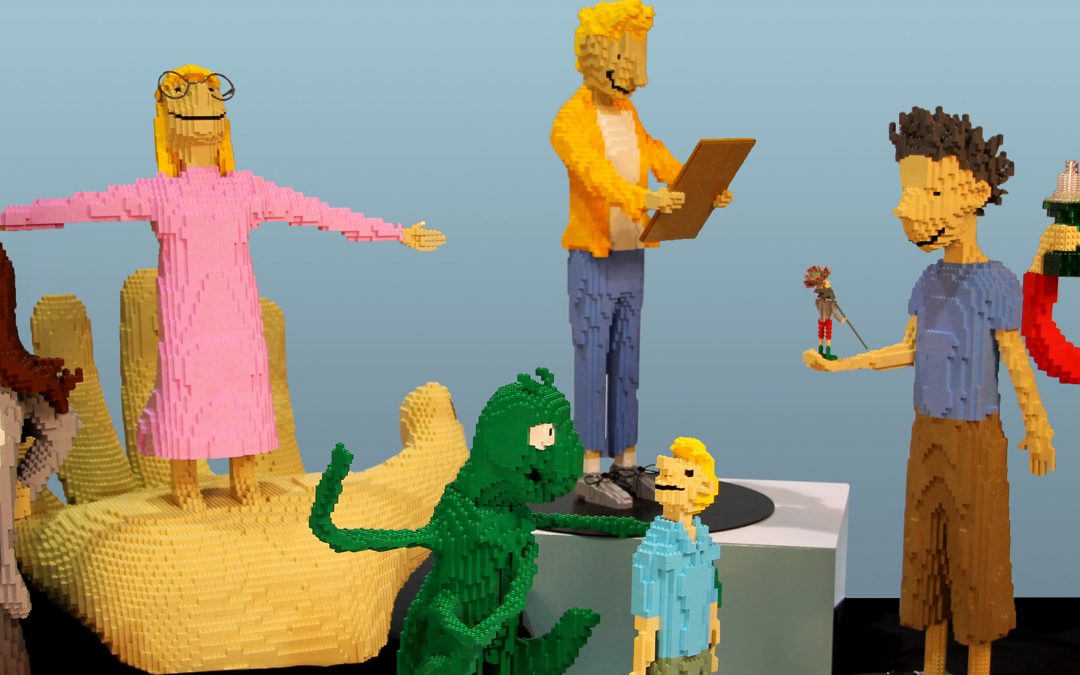 Nottingham Railway Station will be playing host to George, maverick inventor hero of George’s Marvellous Medicine, as part of Nottingham’s designation as a UNESCO City of Literature.

The Lego build of George officially unveils today, on Roald Dahl Day itself – September 13th. He is composed of 9510 bricks and took 57 hours to construct.

George will remain at Nottingham Railway Station throughout September and October. Visitors are encouraged to share their pictures with George using #LegoGeorge, #RoaldDahlDay and @nottmcityoflit on Twitter, Facebook or Instagram. We’ll retweet our favourites!

George’s visit is timely, coming just a few weeks after Nottingham declared its bid to be European Capital of Culture in 2023.

“Nottingham’s status as a UNESCO City of Literature is one of the great cultural accolades of the city, and one of the many reasons we’re bidding to be European Capital of Culture in 2023. This visit by George is a great example of bringing a love of reading and literature to the residents and visitors of Nottingham in a way which is fun, accessible and engaging. We hope to recruit George as one of our cultural lions to support Nottingham’s 2023 bid!”

George and his fellow Lego Roald Dahl heroes are sure to be a highlight of Roald Dahl Day 2017, which this year shines the spotlight onto the iconic child heroes created by Roald Dahl. The young heroes of his stories are distinct individuals but they are united by a spirit of healthy rebellion and resilience. Roald Dahl was, throughout his career, a champion for children.

Sandeep Mahal, Director of Nottingham UNESCO City of Literature, said: “We’re thrilled to be one of only six locations chosen to host a Roald Dahl child hero for Roald Dahl Day 2017, and are looking forward to seeing the people of Nottingham share their selfies with George. Whether you’re a child or a child at heart, Roald Dahl is an absolute icon, and this is a fantastic opportunity to celebrate his work. We’re also especially grateful to East Midlands Trains, for hosting George at Nottingham Train Station, an ideal location for both locals and visitors to meet him.” 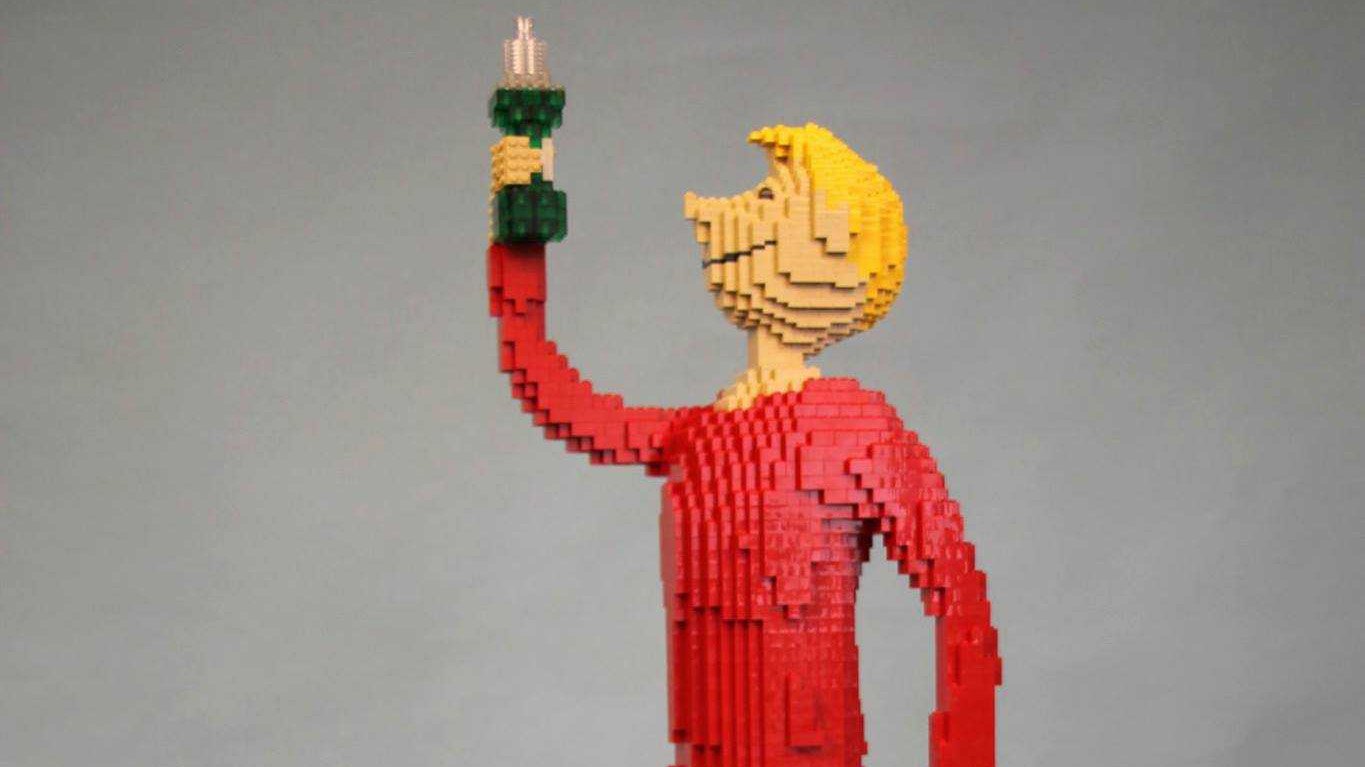 George, gracing Nottingham Station for the next couple of months

The six Roald Dahl character brick builds have been created by Duncan Titmarsh – the UK’s only certified LEGO® professional builder – and his team at the Bright Bricks workshop in Bordon, Hampshire.

Bernie Hall from Roald Dahl’s Literary Estate says, “We are so thrilled that George will be making his way to Nottingham, as part of all the inspiring activity happening around creativity and invention in this UNESCO City of Literature. It’s the perfect location for him, and a wonderful way to celebrate George and all Roald Dahl’s amazing child heroes this Roald Dahl Day.”

The full list of six Lego Roald Dahl Hero brick builds and their locations are: 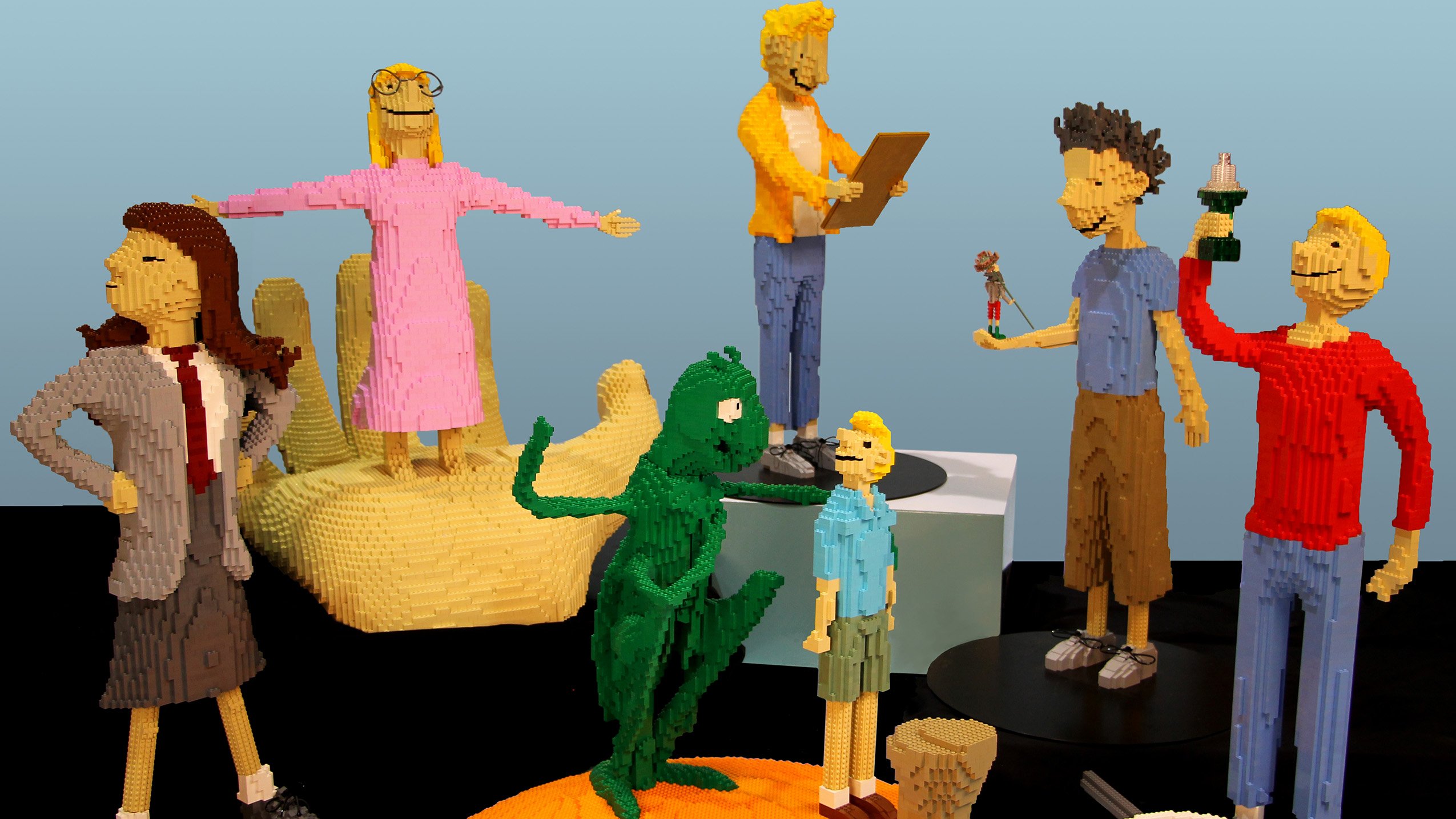