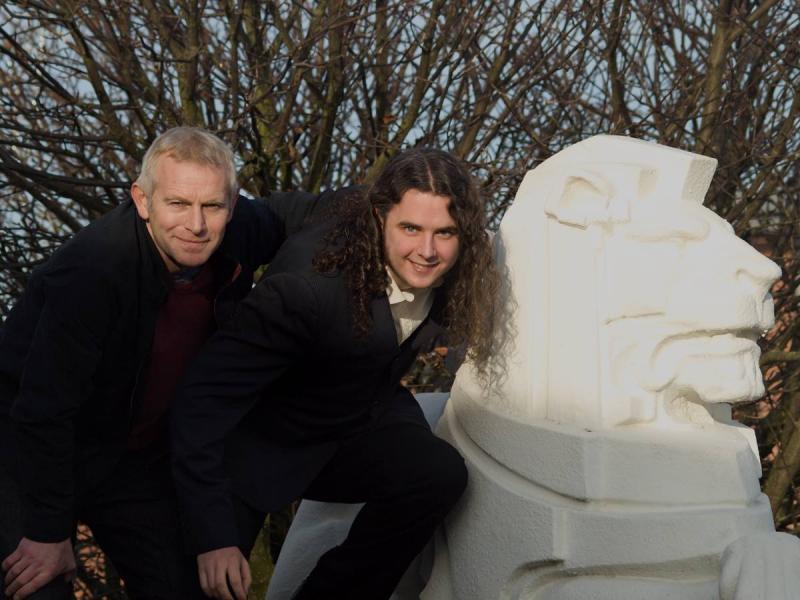 As I climbed the stairs to the function room of The White Lion I can only think one thing – please don’t let there be audience interaction – but as I went through the door my mind was put at ease. The room is full and there is a buzz. With the clinking of glasses and the sound of laughter I knew this was going to be a good night. I was told that people sometimes bring their knitting and as I look behind me there is indeed a lady sat with her needles and a pattern for a shawl (I hoped the night would not last that long).

The venue is simply decorated with fairy lights around the walls, a backdrop for the tellers and a couple of spotlights. The audience are sat around tables with tea-lights – it is all quite relaxed. The night opened with the society’s co-founder, Tim Ralphs, welcoming everyone new and old to the evening. He then regaled us with a folk tale of two daughters; one who loved to be social and being outdoors and one who despised the outside world along with the people in it. The story is simple but entirely captivating. Tim managed to make the audience laugh in one breath and silence them in the next. Mike Payton, the society’s other co-founder, explained to me: ‘People feel that connection [with the story-teller]. There are three things in the room: the audience, the teller and the story and it’s the dynamic between those three. In general, people love stories but it’s that connection with a live performance.’ And it is this connection between the audience and the teller that you can feel straight away.

Tim was followed by two more tellers and the first half was concluded with a folk duo playing acoustic guitar and singing folk songs.

After the brief interval and drinks were refreshed the audience was ready for the main teller of the evening, Sef Towsend. Based in London, Sef is a well renowned Jewish story-teller as well as working on projects for peace and reconciliation and interfaith initiatives.

There are three things in the room: the audience, the teller and the story and it’s the dynamic between those three.

Tonight, Sef was presenting The Hair in the Milk a set of dark Jewish folk tales and stories from the Talmud. Before he began Sef brought the audience’s attention to the objects he had placed on each table: a small tumbler filled with salt – to protect us from the evil eye – and a mezuzah scroll – a reminder of peace and sanctity. The audience were protected and the chilling tone was set.

With each tale Sef was able to magically offset the gruesome, malevolent and unnerving with comedy and the bizarre. His tales were bewitching not only through their narrative but through his rendering of them. His gestures, facial expressions, body language and intonation brought them to life. It was only when the last tale ended and the clapping began that the listener was brought back into reality.

An exceptionally friendly and welcoming group, Beeston Tales meets the second Wednesday of every month at The White Lion. Their evenings often feature local tellers as well as more renowned guest tellers and often include musical spots. I highly recommend checking it out and let yourself be transported to worlds that are otherwise unreachable.