Read the World in Reykjavik 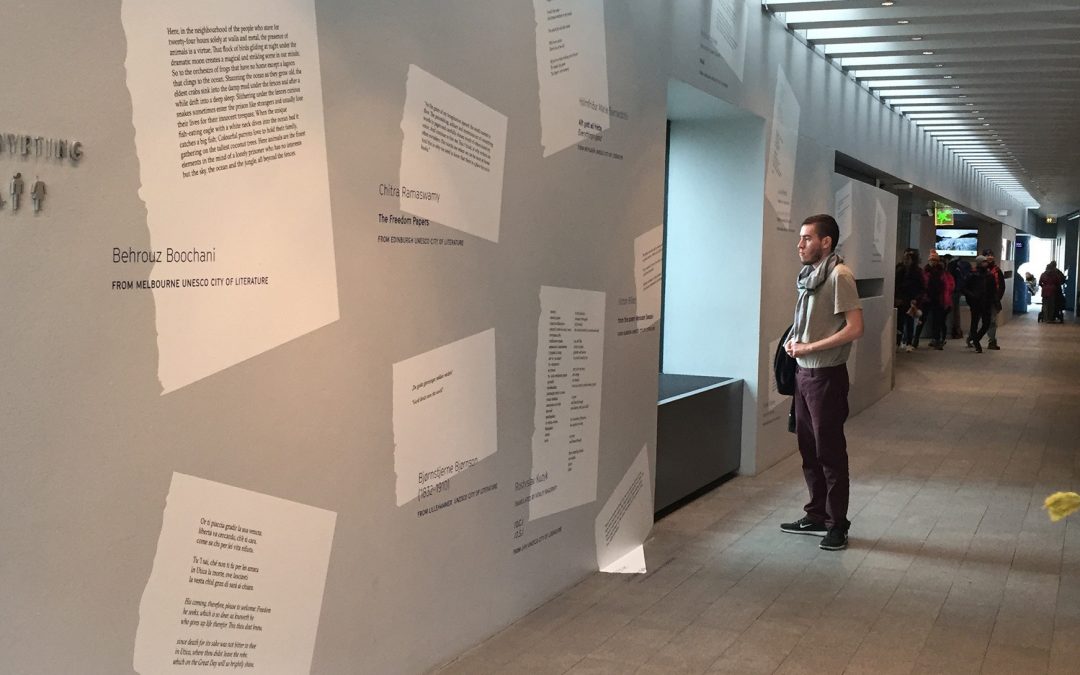 On October 10, 2018 the Reykjavík UNESCO City of Literature opened a text exhibition at the Reykjavík City Hall, honouring peaceful rebellion and freedom of thought in celebration of Iceland‘s centenary as a sovereign nation.

The texts were chosen by nineteen UNESCO Cities of Literature around the world, introducing literature and authors from or with connections to the cities. They all ponder on the topics of freedom, independence or rebellion. The Reykjavík UNESCO City of Literature hopes that the exhibition encourages people to think about these important issues and their meaning for us as individuals and nations. The project also highlights the importance of intercultural dialogue in our world generally, as well as the invaluable contribution of foreign artists and cultural currents for Icelandic culture, sovereignty and development, past and present. 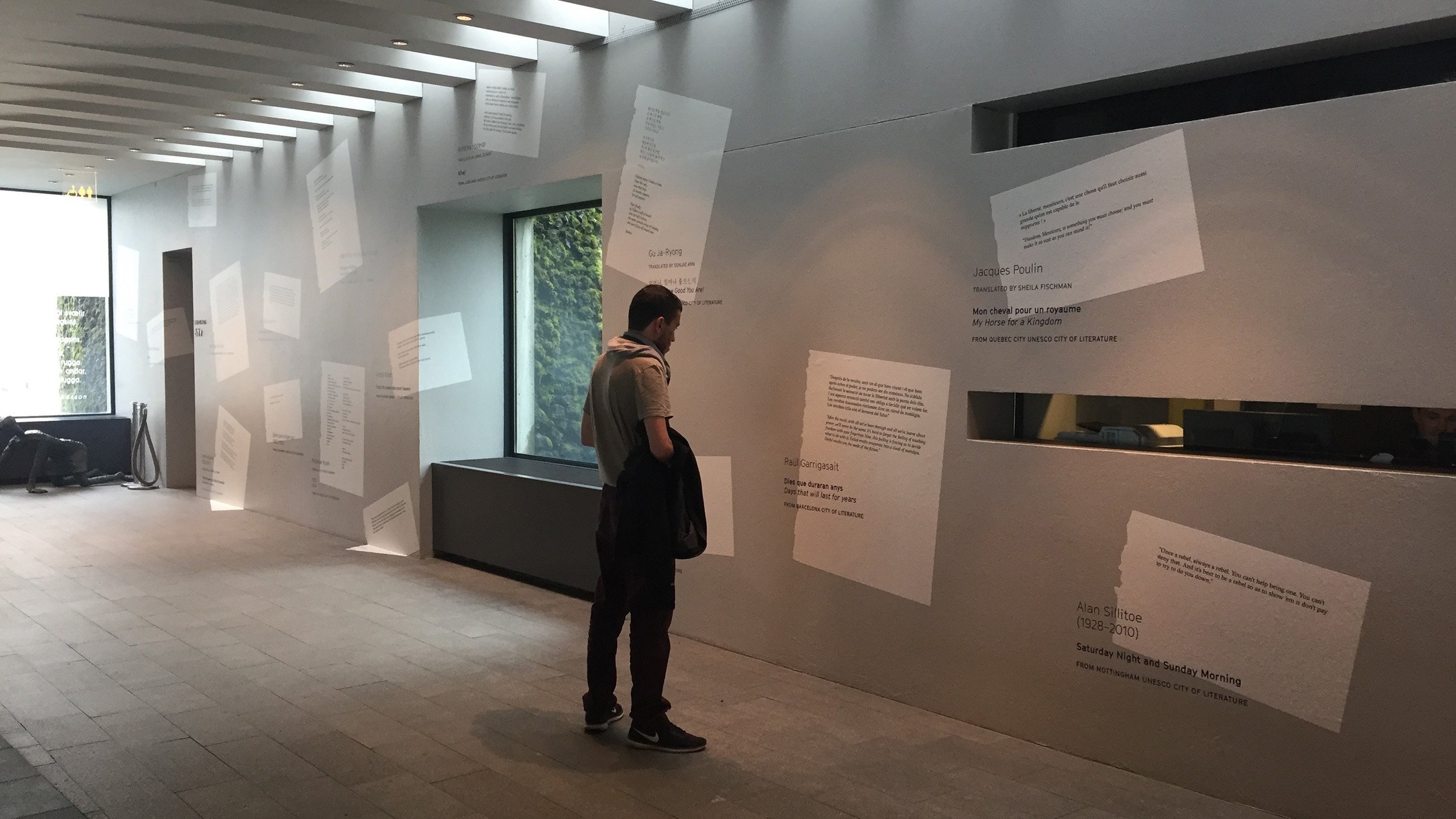 Can you spot Nottingham’s contribution?