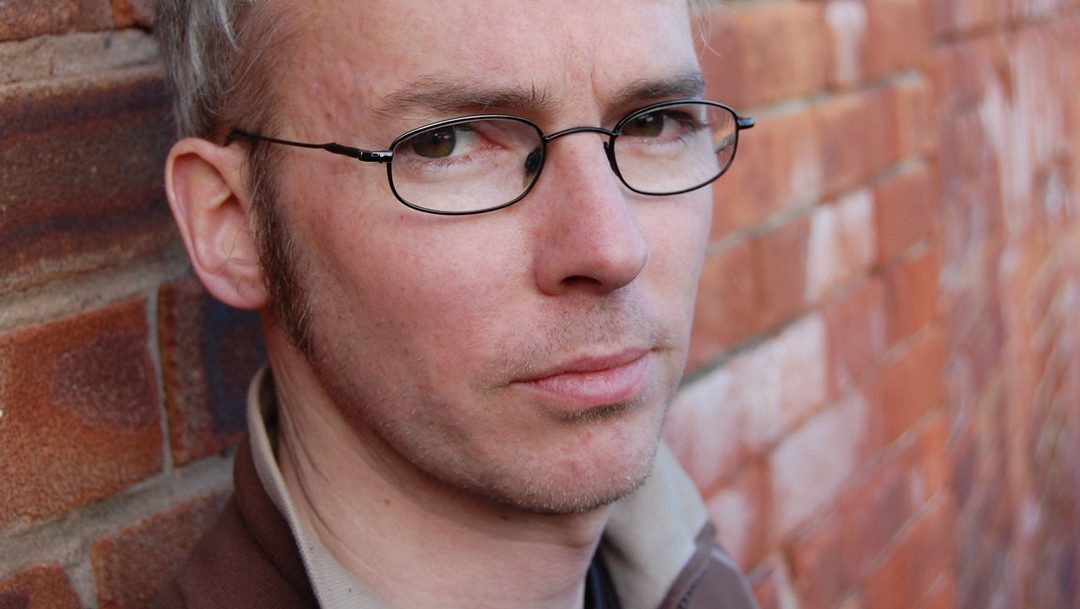 What have you been writing lately?

My next novel. I’m in the final stages of that. I’m due to hand that in in a few weeks. I’ve been working on that for a few years, but this is the final revision time. Ordinarily, this would be a time when I’d normally arrange to go away for a week or two, stay somewhere on my own and really focus on the book, but I haven’t been able to do that. I haven’t been able to have great stretches of time. I’ve had to fit that in around everything else. So, it’s been quite a different way of working, but that’s good, being pushed into different ways of working is always a good thing.

Where do you write best? Is there any specific place where you go and write?

It’s varied a lot over the years. For a long time, I was searching for the perfect place to work. Eventually, I figured out it’s quite useful to keep changing your approach, not to get too comfortable. For several years, I had a studio that I rented and I tried to treat it like an artist’s studio and definitely go there and have working hours. That was quite good for a while and then it became a bit of a comfort zone. I didn’t do much work.

Then I got in the habit of writing in cafes and coffee shops, which I’d always mocked, always thought that was a bit impossible and people were doing that as an affectation. But actually, at the time, I had a young child that wasn’t yet at school and other children who were at school and so time was precious. Being able to write in short chunks was quite effective.

Now, I guess it’s a combination of lots of things. I’ve got an office at home, I’ve got an office on campus, I still go to coffee shops and cafes in normal circumstances. There’s been times in the past when I’ve needed complete silence and then sometimes I find it easier to concentrate when there’s a lot of background noise going on because it’s something to react against, a need to look busy somehow. There’s no perfect place. A lot of places have closed during lockdown.

What places do you miss going to in Nottingham?

My favourite cafes and coffee shops are Specialty, Cartwheel and sometimes Wired. I like the Broadway, I like the sense that the Broadway is a hub and you’re often likely to bump into people there. There’s a lot of different creative circles overlapping at Broadway.

In March, The Letters Page was going to host an event with Eimear McBride and Ruby Cowling, but it had to be postponed. How has coronavirus affected The Letters Page and publishing in general for you?

Yeah, at the time we postponed it and the idea was that this will be happening again in the near future. We all assumed September/ October. But it’s still difficult to say because that kind of crowded public event seems to be unlikely to be happening any time soon.

There’s been lots of interesting things about publishing. There have been several literary events over the last few months that have experimented quite ambitiously with how to interact with an audience online. I went to Matthew Welton’s book launch, back in April, online. It was really interesting because on the one hand it didn’t feel as real as going to a bookshop where the book launch would have been. On the other hand, there was a little chat box on the side of the screen so we could see Matt talking and the interviewer talking and people were chipping in comments. There were people there from all over the country – lots of people I’ve met in other contexts, poets, writers, organisers of literary events – who wouldn’t have come to a book launch in Nottingham. It felt really special to know that they were there, taking part in this event, all sitting at home in front of their laptops. It didn’t feel inauthentic. I enjoyed it more than I would have done a real-life book event. And I wouldn’t have been able to go to the real event, because that was an evening when I wouldn’t have been able to have a babysitter.

Over the years, there’s been a lot of book festivals in other countries that I’ve been invited to that I’ve not gone to because I’m really aware of and concerned about flying and climate change. If our carbon emissions were rationed then I’d be using a couple of years’ worth of rations just to fly to Canada to do a reading in front of thirty people. It seems daft. On the other hand, it would be really nice to take part in those events.

I’ve been wondering for a long time whether festivals couldn’t make more use of video technology. There’s not been much of an appetite for it. Suddenly, during lockdown, people have discovered what’s possible, what works, what doesn’t work, how to create a feeling of audience and connection. I’m quite optimistic that a lot of that will stick. Obviously, people are missing physical presence and we’ll want to regain some of that, but I’m hopeful that people will make that connection, that a lot of the travelling we’ve done in the past has been unnecessary and there are a lot of exciting ways of connecting.

To come back to The Letters Page, we are at some point going to hold that event with Eimear McBride and Ruby Cowling at Peggy’s Skylight. I think there’s also an opportunity for us to do things using online video technology and to meet people we wouldn’t have the chance to meet, to get people involved who we wouldn’t have the chance to get involved.

What piece of writing advice would you give to your younger self?

Read more. That’s still the one piece of advice I give to everyone who asks. The best way to learn about writing is by reading and reading as widely as possible and as deeply as possible. If you find a writer that you’re really interested in, then read the rest of their stuff, read the people who influenced them, read the people who’ve been influenced by them. Try and copy what they’re doing if you like it. When I first started writing, I got very worried about accidentally imitating the writers I was enjoying and I would stop reading deliberately for chunks of time which was a mistake. Reading more is definitely the way forward.

What have you been reading lately?

The Bass Rock by Evie Wyld.

Notes Made While Falling by Jenn Ashworth.

I Will Never See the World Again by Ahmet Altan.