Poetry, Pereria, and a plastic kite 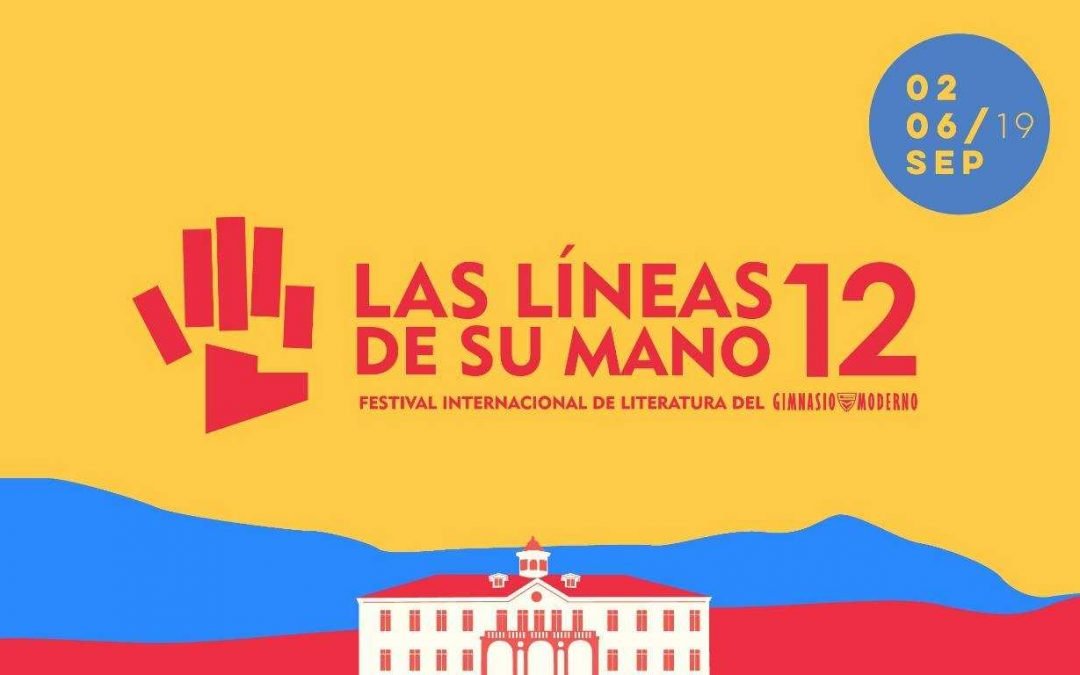 Twenty-four hours after leaving Nottingham, I took a bus from El Dorado International Airport and found myself in Parque Simón Bolivar beneath a paling sky filled with triangles of luminous plastic. I had landed in Bogotá in the midst of a kite festival. At almost four square kilometres, Parque Simón Bolivar is often described as the ‘lungs of the city’; as such, it is an apt place for a festival celebrating the wind. It was the start of a trip that filled my lungs to the brim.

This summer, I was invited to read at two literature festivals in Colombia, South America. Supported by Nottingham UNESCO City of Literature and Nottingham Trent University, my first stop was Luna de Locos International Festival of Poetry in Pereira (26 – 31 August).

Situated in the foothills of the Andes, Pereira is the capital of Risaralda, an area recognised by UNESCO for its coffee. It is hot and noisy and very alive, the streets packed with traders selling salchipapas, pineapple, yellow football shirts and mobile phone credit. My hotel was in the main square – Plaza de Bolivar – where thirty poets from ten different countries would be spending the week.

From my bedroom on the eighth floor, my window looked down on Our Lady of Poverty Cathedral – inside, a masterpiece of brickwork and intersecting wooden trusses – and a statue of Bolivar covered in pigeons. There are hundreds of statues across Colombia of ‘El Libertador’, the man who led a series of military campaigns against the Spanish Empire during the nineteenth century. (Some say that there are more statues of Bolivar than of any other historical figure in the world). But in Pereira, the monument is a little different: El Libertador is entirely naked. It is reported that the sculptor Rodrigo Arenas Betancourt decided against depicting his fourteen-tonne figure in the usual military gear, and instead argued that his nudity would exude both freedom and equality; a local poet named Christian, however, told me a different story. He also told me that in 2005 Pereira was the site of ‘La Huelga de Piernas Cruzadas’ – which translates as ‘The Strike of the Crossed Legs’ – a sex strike instituted by the women of the city in an attempt to end gang violence.

Every morning throughout my stay in this remarkable city, Christian waited in the lobby of Hotel Soratama and called ‘poetas!’ There, he’d be joined by poets from across Colombia, as well as from Argentina, Canada, Dominican Republic, Italy, Nicaragua, Spain, Sweden, the UK and the US.

The festival grew out of a workshop with students at the Technological University of Pereira that began over twenty years ago. A magazine was set up, a permanent workshop founded, and in 2007 Pereira held its first international poetry festival. Directed by Giovanny Gómez, Luna de Locos is one of the most important literary festivals in Colombia, offering a wide programme of events in eighteen schools, five cultural institutions, four theatres, three parks and two universities. Performing alongside renowned poets such as Hugo Mujica (Argentina), Raquel Lanseros (Spain), Francisco Larios (Nicaragua), and Janet McAdams (USA), I participated in eleven readings and conversations at locations including Teatro Cámera de Comercio, Parque El Lago, Auditorio Centro Colombo Americano and Parque Olaya Herrera. The festival also aims to make significant interventions across the city by staging events at unusual sites such as the viaduct, the forest or the mega-bus station, and so on my penultimate night, I found myself reading on a roundabout. Even there, with every seat taken, the quality of listening was exceptional.

One of the highlights of the festival for me took place at Centro Colombo Americano, where I had the opportunity to lead a Critical Poeticsworkshop with members of the public. Critical Poetics is an interdisciplinary research group based at Nottingham Trent University; working with writers, scholars and artists, we introduce innovative forms of writing to a range of audiences in order to inspire new literary expression and inform cultural engagement with contemporary issues such as migration, climate change and technology.

Thinking about the power of literature as a force for positive change, we’ve run international workshops with the UNESCO Creative Cities network in Poland, Estonia, Ireland, Slovenia and Spain, and so to expand this to a translated workshop in South America was a unique opportunity. Working with the brilliant facilitator and translator Heidi Ayarbe, and focusing on notions of home and nationhood in a globalized world, participants in Pereira read and discussed dual-language editions of poems by Carolyn Forché, Coral Bracho and Warsan Shire.

Involving a range of participants – from high school students to bank managers, from the wealthy to the homeless – this was a remarkable conversation, and at its end, I was honoured to hear the poems composed in both English and Spanish by participants – poems that inspired me to think again about the places in language where I feel most at home.

Perhaps the conversations I treasure most, however, took place in the schools. Luna de Locos works closely with the local education authority, and at every school I visited, the pupils had prepared for our readings by decorating their playground, performing traditional songs and dances, learning our poems, and writing their own.

Most memorable was the ‘red carpet’ created from dried leaves, candles and paper butterflies that led the poets to the outdoor stage. This was a welcome such as I’d never seen before. Poetry in Pereira is a cause for celebration and it is received with open ears. But I also spent some time with eleven-year old María who had been told to write only about ‘happy things’. She wanted to know if could also write about the sadness that she often felt. On the final night of the festival, I was moved to see her again at the gala at Parque Olaya Herrera accompanied by her father and younger brother.

On 1 September I flew back from Pereira to Bogotá to participate in Las Líneas de su Mano International Festival of Literature (2 – 6 September). Bogotá has a population of around 8 million and lies at 2640 metres above sea-level, making it the third-highest capital in the world.

Disembarking again at El Dorado, I was struck by how much cooler and thinner the air feels there, but as in Pereira, the traffic is relentless. With a skyline dominated by lush mountains and overlooked by the shrine to El Señor Caído at Monserrate, and with streets filled with Spanish colonial architecture dripping with bougainvillea, it is also utterly beautiful. On my way to the festival, I stopped at Plaza Bolívar in the heart of the historical city, and visited the Botero Museum which houses one of Latin America’s most important art collections, before heading to my hotel. In between, I survived terrifying taxi rides and too much coffee, as well as a meeting with a friendly llama.

In its twelfth year, Las Líneas de su Mano is organised by Gimnasio Moderno, a school founded in 1914, with over a century’s history of philanthropy and cultural engagement. Directed by Federico Diazgranados and hosting more than thirty international poets and more than forty poets from across Colombia, the events are free and open to all. With readings, conversations and lectures at the Founders Library, the Villamayor Theatre, the Silva Poetry House and a number of public libraries, this is one of the largest festivals of the country. Poets included Ana Blandiana from Romania; Rita Dove and Robert Pinsky from the US; Piedad Bonnett and William Ospina from Colombia; Axel Dams of Cuba; Jean Portante of Luxembourg; and Manuel Orestes Nieto from Panama.

I read alongside Lithuanian poet Dovilé Kuzmiskaité, discussed the craft of writing with teenage pupils at the school, and gave a talk on literature and feminism with esteemed American poet and activist, Margaret Randall, who is the author of more than 150 books of poetry, prose and oral history. Born in New York and co-founder of The Plumed Horn literary journal, Margaret wasactive in the Mexican student movement of 1968 until she was forced to flee to Cuba. In 1980, she moved to Nicaragua, where she lived through the early years of rule by the Sandinistas, and in 1984, she returned to the US only to be deported when the government invoked the 1952 McCarran-Walter Act, claiming that she had renounced her citizenship when she married the Mexican poet Sergio Mondragón, and that a number of her books contained material and opinions considered ‘against the good order and happiness of the United States’. She fought a five-year legal battle for her citizenship, finally winning her case in 1989. In 2004, she was the first recipient of PEN New Mexico’s Dorothy Doyle Lifetime Achievement Award for Writing and Human Rights Activism.

During our conversation and reading at the library, we spoke to the audience about intersectionality, cultural activism and female empowerment, and in turn we heard about feminism in Colombia, about local responses to the #MeToo movement, and about the recent assassination of Karina García, a female mayoral candidate in Bogotá.

We talked for a long time after the event, and I learned about the work of the public libraries across Bogotá. I told them about the funding cuts to libraries in the UK, and we discussed the role of literature in community engagement. But as night fell, I became aware that they were pressing on me a paper box filled with sandwiches, an apple, a bottle of iced-tea and other gifts, and although I wanted to stay, they ushered me into the waiting cab with my bags and books. The festival would continue for another couple of days, but it was time for my flight to Heathrow.

From the library commenced another hazardous taxi ride to El Dorado airport. Despite the driver’s best efforts, I discovered I couldn’t speak: the loss I felt on leaving this country was far greater than I ever expected. My ten days in Colombia had reminded me of things I didn’t know I had forgotten – lessons about poetry, about listening, and about friendship. In the darkness, I thought about language and belonging.

And then, stuttering along the Autopista Norte and Carrera 68, we passed once again Parque Simón Bolivar where, high up in an Andean Oak and illuminated by a street lamp, hung the skeleton of a single plastic kite.