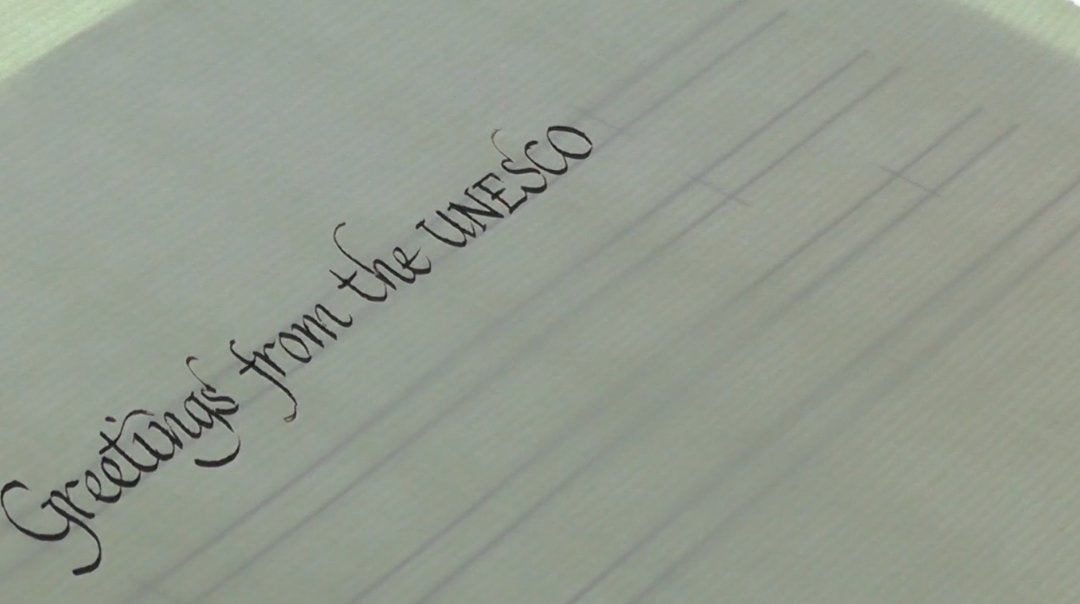 To mark the XII UNESCO Creative Cities Network (UCCN) Meeting in Krakow and Katowice last weekend, we contributed to the project ‘Poetic Encounters’, initiated by Heidelberg UNESCO City of Literature and Fabriano UNESCO City of Crafts and Folk Art, to produce a specially bound and printed anthology celebrating literature and its vital place in world culture.

51 poets from 28 UNESCO Cities of Literature came together to celebrate the collaborative spirit which lies at the core of the UCCN and to support linguistic diversity through poetic expressions from around the world. The book is dedicated to all people worldwide valuing the power and richness of literature and advocating freedom of thought and speech. All texts have been written or printed on beautiful handcrafted, folio-sized paper from Fabriano UNESCO City of Crafts and Folk Art. The paper was sent from Fabriano via Heidelberg to all UNESCO Cities of Literature worldwide and, after being filled with literary works, was sent all the way back to Fabriano where the unique book has been bound.

The book was gifted to the Mayors of Krakow and Katowice by the mayors of Heidelberg and Fabriano at a special presentation during the annual meeting of the UNESCO Creative Cities Network on at the weekend.

Contributing to the book, Rory Waterman and Nottingham Young Poet Laureate Georgina Wilding were filmed as they wrote a literary piece of art in English on the Fabriano paper (see bottom of article for their poems) The film, edited by Tel Aviv, UNESCO City of Media Arts, with music provided by Mannheim, UNESCO City of Music, was shown during the ‘Krakowice’ event to illustrate the project and its worldwide cooperation between UNESCO Creative Cities. The soundtrack of the film is taken from the joint music project ‘Mix the City – Mannheim’, a special music project that was launched in Katowice.