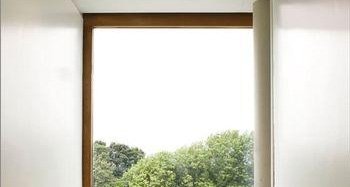 Another clairvoyant of pre-pandemic writing, Graham Caveney’s new book ‘On Agoraphobia’ shows us what it would be like if ‘Stay Home Stay Safe’ was a life-long narrative. Written pre-pandemic but fine-tuned during those days where the outside world was painted as a dangerous landscape of contagion, ‘On Agoraphobia’ follows Graham’s ‘The Boy with the Perpetual Nervousness: A Memoir of an Adolescence’.

It’s a sequel of sorts, written originally in the same vein, but as Graham explains,”you can’t write about phobia in the knock-about post-punk” way in which ‘The Boy…’ was formed. It works as a follow-up in that, as far as Graham views it, his phobia was a sequel, or symptom, to the abuse he experienced as a teenager.

‘On Agoraphobia’, which launches on Thursday (28th April 2022) is a meditation on the phobia itself – drenched with it’s remarkable frequency in literature, and posing that age-old question, do writers need to suffer to produce great work? The book is, to a degree, an act of catharsis, and its poetic fragments often drift onto the page like Graham is turning thoughts around in his head – trying to explain to himself and his reader the abstract nature of the condition.

Yet there is a “skeleton” of autobiography” to it, as Graham uses his own reflections and experiences to describe the condition to his reader. The etymology of ‘agoraphobia’, often explained as ‘fear of the market-place’, or wide-open spaces, doesn’t do it justice (he explains this on the first page). As we have come to understand with many other neurodivergent conditions and learning differences, there is no simple binary. Agoraphobia, as the book describes it, is “losing trust of boundaries” – be they the featureless expanses of motorways or indeed, social boundaries.

This is, however, no self-help book, rather a contemplation that drives empathy through reflecting on both his own agoraphobia and the agoraphobics of the literary world. Authors like Shirley Jackson who write about haunted houses, where the boundaries of the home become unstable and uncanny, or indeed writers who haunt their own houses (Emily Dickinson, in her ghostly white dresses). It turns out that quite a few creatives suffered from agoraphobia, even in the art-world – there is mention of the enchantment he felt towards Edvard Munch’s ‘The Scream’ as a child. Is there then a link between agoraphobia and creativity? Does it adhere to that standard of suffering being a muse to creation? Without slipping into that cliched romanticism, Graham sees it more simply: his time inside was spent reading and watching films, and of course, writing books.

If it’s empathy and understanding that Graham was hoping to share with his reader, then this has certainly been achieved – even more so within the context of a post (?) pandemic world. The Covid-19 Pandemic has given Graham a “freedom” to be more blasé when talking about agoraphobia. “Welcome to our world” was his first thought when the lockdown was announced. It’s a “modern malaise” – not just one driven by fears of contagion but also by living in the western world. If lockdown taught us anything, it’s that the vastness and fastness of the modern world is intimidating and exhausting. Look no further than the rise in popularity of lifestyles and aesthetics like ‘cottagecore’ or ‘dark academia’ over on TikTok and Instagram – the boundaries of contemporary living seem to be expanding and moving so quickly that withdrawing into pastoral fantasies became a coping mechanism for many young people across social media. As Graham puts it, “You could go anywhere so how the hell would you know where to go?”

Nottingham is a place suited to Graham. Its boundaries are comfortable, “a nice size for someone like me” he says. It’s true, if you get up high enough in the city (somewhere like Mapperley Top) you can see the city’s periphery and the countryside beyond and there’s something comforting in knowing you’re not trapped in an urban sprawl. Graham has his “golden triangle”: Five Leaves, Broadway, and the Nottingham Contemporary – a small enclosure of culture much like the city’s writing community itself.

The nice thing about Nottingham’s writing community, Graham explains, is its smallness. It’s big enough for a breadth of voices yet not too big as to be competing for space. Nottingham is a city where a writer’s voice won’t be drowned out.

When Boris Johnson told us on the telly to ‘Stay Home Stay Safe’, Graham gave a wry smile and returned to his manuscript. The self proclaimed “moody and broody” writer was now in vogue.