Our Lady of Everything: We Meet Susan Finlay 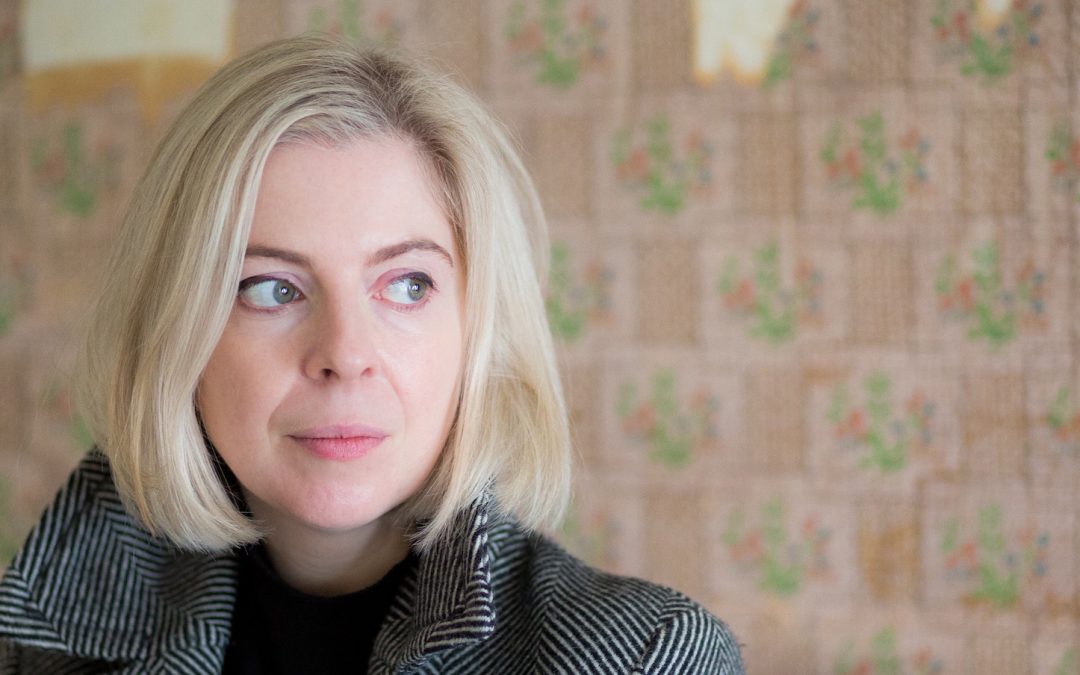 Jennifer Hodgson said that it trod ‘new paths through the entanglement of the global and the local’; a perfect summary of my intention. Also, a quietly political novel. An exploration of faith in the digital age. A nerdy, humorous spiral…

It’s set in Nottingham around the Iraq War 2003. What attracted you to selecting the location / era?

The Iraq War coincided with advances in new technologies. Suddenly, we went from a few people using email and having mobiles to this being the norm. When members of my grandparents’ generation were killed during the Second World War, their loved ones were informed via telegram. Whereas in Iraq the vast majority of casualties were unknown to those in the UK, and yet details of their deaths could often be viewed in an instant, online.

While mulling the implications of this over I came across an article on leaked army recruitment papers, revealing how if the army wanted ordinary soldiers (as opposed to officers) then they approached 16-24 year olds from low income families, and rather than present signing-up as one of several options, the only chance that these boys had. These same papers also suggested targeting Nottingham specifically, which, as I’m from there, was convenient. The more I began to think about this city, at this point in time, the more I began to see it as a microcosm in which all of these things – digital technology, the Iraq war, class inequalities – could come together. 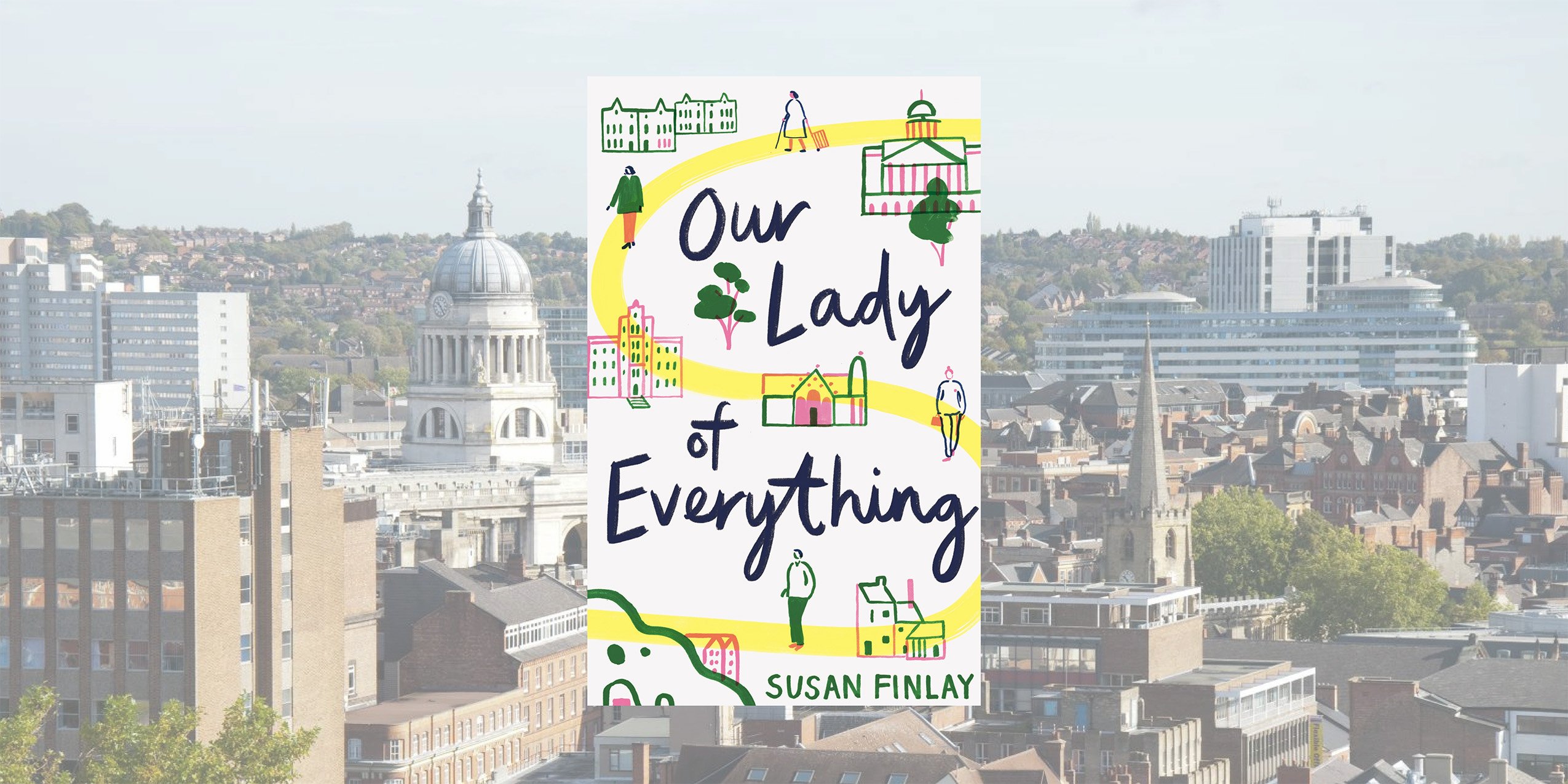 Our Lady of Everything by Susan Finlay: an instant Notts Classic.

The changing demographic makeup of the city is a key element of the novel. In what way did Brexit, and our current crisis of national identity, inform your writing?

The main question Brexit poses is an existential one – how do we maintain national identity in an increasingly globalised world? – which makes it difficult, if not impossible, to answer. Going back to Jen’s quote, I wanted to examine this ‘entanglement’, and how it gave rise to what’s happening now. Many of my friends’ parents are second generation immigrants, but voted for Brexit because they wanted to stop foreigners entering the UK. At the same time, they often want to maintain links with the old country, and harbour dreams of retiring abroad. All this fed into the way that I portrayed certain characters, such as Margret, a Northern-Irish Catholic whose grandson is now an English soldier. Likewise, I was keen for the racist incidents that occur in the novel to be believable – and therefore hideous – while also allowing the reader to understand, and to an extent empathise with, the perpetrators of them.

Identity, faith, change and ritual: all themes that run through the book, and themes that frequently engage contemporary artists. Does one career overlap significantly into the other, or do you try and keep the two strands of creativity exclusive?

Yes and no. Yes in the sense that art college taught me how to be a writer. I like using objects and images to tell stories, I’m interested in the ways in which writing can be performative, and I’m influenced by lots of ‘unliterary literature’ – film-scripts and psychoanalytic case studies for example, as well as lots of other writings that have a purpose besides being ‘good’. No, in that I don’t want my books to exist in a fine art context, and that the fine art pieces I produce – mainly painting and sculpture – rarely use text.

Games Workshop, Broadway Cinema, Nottingham Post: all Nottingham institutions, all have a starring role in the book. Where in Nottingham are you currently fond of when you visit, and what changes have you noticed?

I grew up in West Bridgford and I own a house in Sneinton. I’m fond of both these areas, as well as Mapperley Park, where I attended a lot of teenage, spliff and hip-hop house parties. Now that I’m older and more (knowingly) bougie however, Bromley House Library and Nottingham Contemporary – which also has a lovely cafe and gift shop(!) – are two of my favourite places. I’m constantly amazed by how good the art scene in Notts is now, and how much grassroots initiatives like Primary have done to make that happen. Before, it felt like everyone left as soon as they graduated, but now they’re staying on and doing great things.

The book contains a large serving of Catholicism, role-playing games and magic ritual: have you dabbled in any (or all) of these?

I was brought up Catholic if that counts as dabbling, and although I’ve never understood the allure of role-playing games one of my older brothers was obsessed. Every Saturday he and his friends would get together to play Dungeons and Dragons (D&D to the initiated) which, for some reason, made the whole house smell of farts. In terms of magic rituals I haven’t taken part in any myself, but I’ve always – quite literally – liked the look of them. Kenneth Anger’s films, Ithell Colquhoun’s paintings, and Niki de Saint Phalle’s tarot garden are all enduring influences, as is any Surrealist novel that ends in a graveyard.

“Our Lady of Everything” is released this Thursday (14th March 2019) on Serpents Tail, and available from good bookshops.