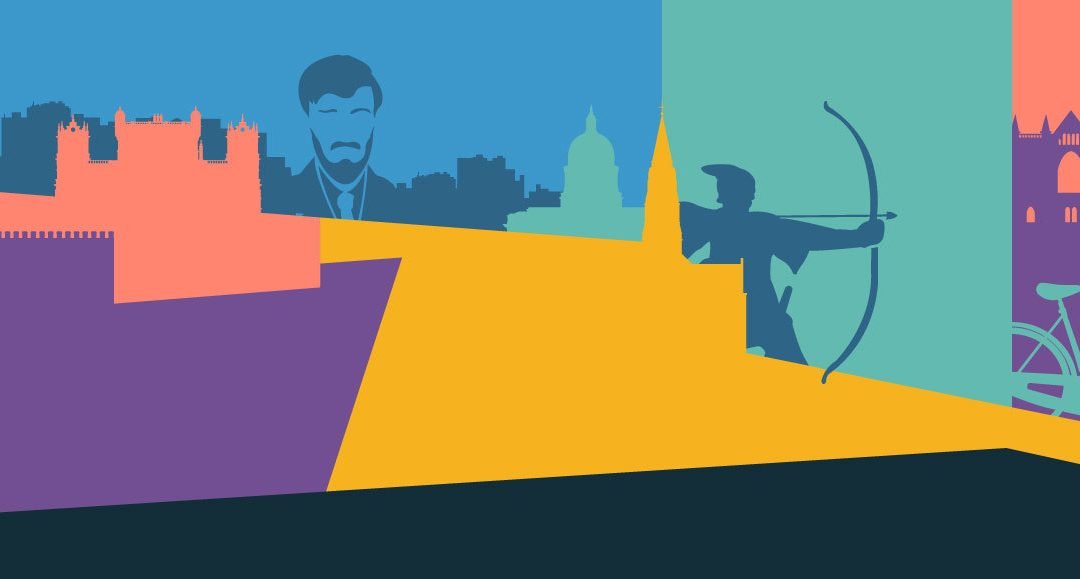 Cat Arnold : Popular historian whose titles include Pandemic 1918 and Necropolis London and its Dead. She is also Nottingham City Councillor for Basford and the current Sheriff of Nottingham. She was a founding member of NUCoL’s board of directors.

Sally Bowden is the Head of Research and Knowledge Exchange for the Faculties of Arts and Social Sciences at the University of Nottingham, in which capacity she co-wrote NUCoL’s successful UNESCO bid.

Tim Challans is the chair of City Arts. He used to run Leisure and Cultural Services for Notts County Council and now runs Challans Consulting Ltd.

Stephan Collishaw Author of four historical novels and the editor of Noir Press, a micro press dedicated to bringing the most interesting voices from Lithuania and Eastern Europe to an English readership.

Becky Cullen is a poet. Her work is published in Carcanet New Poetries VII. Her pamphlet Majid Sits in a Tree and Sings is a winner of the 2018 Poetry Business International Poetry Book and Pamphlet Prize.

Michelle Dunstan is Principal Librarian for Reading and Programmes for Inspire , the Community Benefit Society who run libraries across Nottinghamshire (county).

Sue Dymoke Poet, teacher educator and researcher of poetry pedagogy. Her third full collection ‘What They Left Behind’ is published by Shoestring Press in 2018.

Rowena Edlin-White Author of Exploring Nottinghamshire Writers, also a speaker on local and women’s history and an independent publisher.

Kirsty Fox Novelist and social entrepreneur in the creative industries, she is the founder of Bees Make Honey Creative CIC and works as a creative producer, communications manager, and business mentor.

Hayley Green is a professional poet and educator.

Mike Hamlin Chair of the Greenwood Academies Trust – an educational trust which oversees 34 schools in the broader East Midlands.

Pippa Hennessy Publications worker at Five Leaves Bookshop. She was Project Director of the successful City of Literature bid for Nottingham.

Caroline Hennigan is Broadway’s Programme Director and leads a team who generate artistic and educational ideas and projects.

John Lucas is a poet, the publisher of Shoestring Press, an emeritus professor at Loughborough and Nottingham Trent Universities, a critic and jazzman.

Kathy McArdle Director England and Cities, The British Council Responsible for coordinating British Council’s work across England and developing the organisation’s work in and with the cities in our global network. She was a founding member of NUCoL’s board of directors.

James Moran is Professor of Modern English Literature and Drama at the University of Nottingham, UK.

Henderson Mullin is the Director of Writing East Midlands. He was a founding member of NUCoL’s board of directors.

Tanya Myers is an actress, playwright and co-director of Meeting Ground Theatre Company.

Jonathan Rigby is a partner at Page Forty-Five Comics

Paul Roberts, OBE is Chair of the Innovation Unit, Vice-Chair of Nottingham Contemporary and a member of the National Council of Arts Council England.

Shreya Sen-Handley is a print and broadcast journalist for the international media, and author of HarperCollins’ ‘Memoirs of My Body’, is currently writing a libretto for the Welsh National Opera and a book of short stories for HarperCollins.

Tony Simpson is the director of the Nottingham-based Bertrand Russell Peace Foundation and Spokesman Books.

Bridie Squires is a poet and the editor of LeftLion.

Deborah Stevenson is a performance poet. She founded Mouthy Poets.

James Walker Specialist in digital literary heritage trails (The Sillitoe Trail, Dawn of the Unread, DH Lawrence Memory Theatre). LeftLion literature editor for 13 years. He was a founding member of NUCoL’s board of directors.

Rory Waterman Poet, literary critic and editor, and a Senior Lecturer in English and Creative Writing.

Leah Wilkins is a poet and works at Five Leaves Bookshop.

Carol Williams A school librarian, recently retired from many years promoting literacy and reading for pleasure, now involved in several literacy initiatives as a volunteer including the Book Bus in Zambia.

Jared Wilson Editor in Chief and co-founder of LeftLion magazine. As a journalist he has written for the Guardian, The Independent, The Times and The Big Issue. He directed the film ‘The Lord of Milan’.

Professor Nahem Yousaf is Director of Research at NTU’s School of Arts and Humanities. He was a founding member of NUCoL’s board of directors.