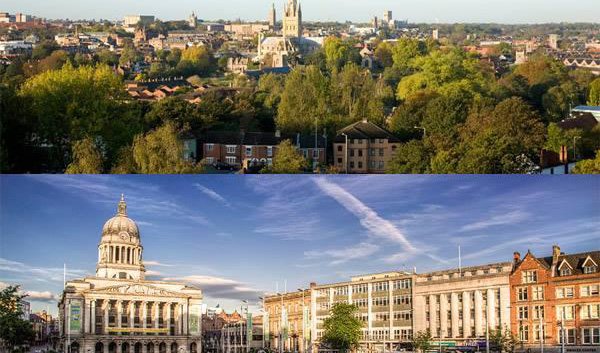 Cultural leaders from 28 cities over 24 countries will come to the UK in May 2019 for a global gathering of the UNESCO Cities of Literature. Norwich and Nottingham (two of the UK’s four Cities of Literature) have been successful in a joint bid to host the week-long programme of cultural events. It will be the first time that the prestigious international forum has taken place in England. Literature is one of the seven fields that form the UNESCO Creative Cities Network which currently consists of 180 members from 72 countries.

The two-stage gathering – Nottwich 2019 – will bring together writers and practitioners from across the world and act as a catalyst for future artistic collaboration. Representatives from the UNESCO Cities of Design, Film, Music and Media Arts will be involved in the planning to ensure a cross art-form opportunity for creative exchange.

“We are delighted to have this opportunity to showcase Norwich and Nottingham as centres of literary excellence. This global gathering will send a unified message on the importance of collaboration, dialogue and creative partnership. We hope that this forum will inspire many more exciting artistic projects and international exchanges. The celebration will form part of our year-long programme of activity – starting in summer 2018 – to mark our opening as the National Centre for Writing in England’s first UNESCO City of Literature.”

“Nottwich 2019 is a wonderful opportunity to show the rest of the world the things that make Nottingham and Norwich UNESCO Cities of Literature. The fact that both our cities will be visited by delegates from so many countries is not only an opportunity to get to know each other better and to exchange best practices, but also to highlight the importance of knowledge and creativity as a driving force for the growth of modern cities.

“This is a very exciting development building on Norwich’s achievement as England’s first City of Literature and following hot on the heels of the National Centre for Writing’s new building launch this summer in Norwich. As a cultural city, Norwich is delighted to celebrate its literary participation and engagement and to showcase the work of the city alongside the other UNESCO cities.”

“This is great news for Nottingham and Norwich and we congratulate the work that Sandeep Mahal, Director of the Nottingham’s UNESCO City of Literature, has done in collaboration with Norwich, to attract such a prestigious international forum being hosted in England in 2019″.

“Hosting international events provides us with a priceless opportunity to promote the city both nationally and globally, as well as benefitting the local economy. Literary legends such as Byron and Lawrence have inspired creative thinkers around the world. We’re excited at the prospect of uncovering the next generation of cultural leaders and forging new creative partnerships with like-minded cities.”

“This is a fantastic opportunity to showcase England’s amazing literary prowess on an international stage. We’re very proud that Norwich will be joint hosts, along with Nottingham, and that Writers’ Centre Norwich will have the chance to be at the forefront of activity for the Global Cities of Literature gathering in 2019.”

The UK’s Creative Cities generate an estimated £2.4 million a year through association with UNESCO. Twenty-eight cities have been awarded the status of City of Literature to date, from Baghdad and Barcelona to Melbourne and Milan. The programme for Nottwich 2019 and how to get involved will be announced later in the year.