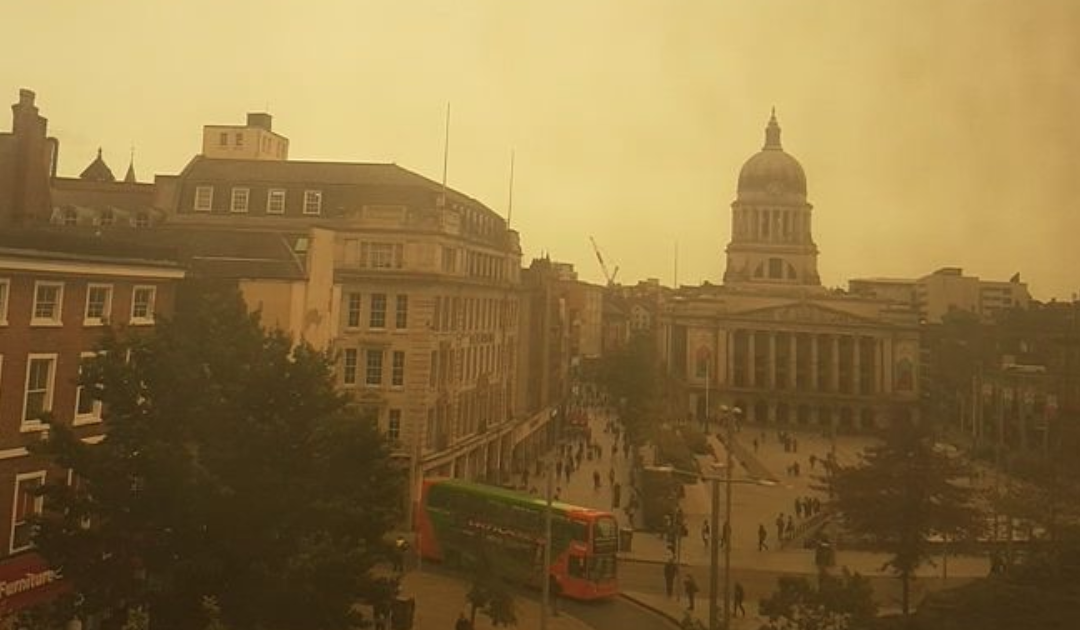 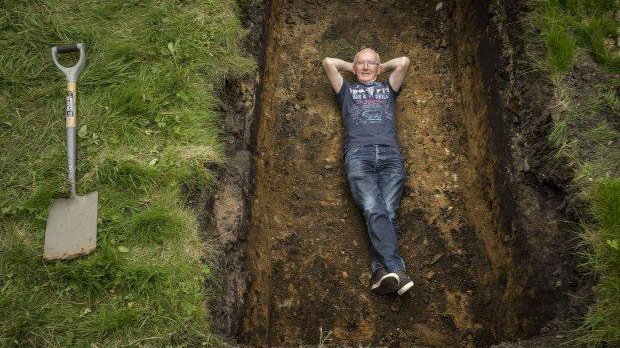 When Nottingham’s General Cemetery opened, one eccentric gentleman dug his own grave. He would use the hole to sit in, often reading or getting drunk. The man became a local celebrity and attracted a crowd, all there to see him sat in his grave enjoying himself. When the chap died (in 1838) he was sadly denied his favourite plot, and put in the burial grounds in Baker Gate. 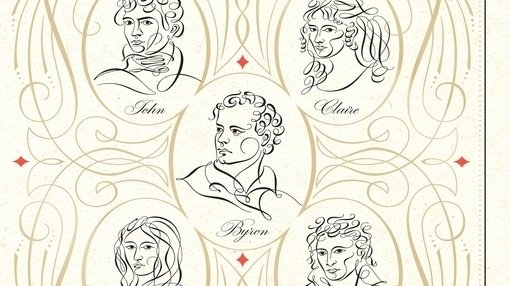 2. Vamping It Up With The Shelleys

The Vampyre Family is Andrew McConnell Stott’s glittering account of the summer of 1816 when young bohemians Byron, Polidori, Clairmont and the Shelleys came together in Geneva. It was from this period that the ultimate Halloween read Frankenstein, and the first great vampire novel The Vampyre, would emerge. 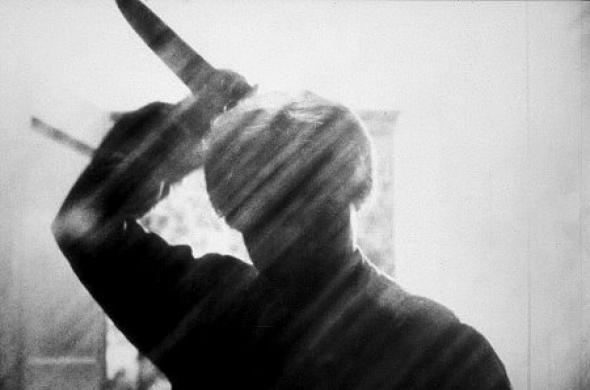 It was on the Nottingham-born screenwriter Alma Reville’s insistence, that Herrmann’s shrieking violins be used during the famous shower scene in the classic horror Psycho. Her husband, the film’s director Alfred Hitchcock, had wanted the stabbing to be shown in silence. On receiving his AFI Lifetime Achievement Award, Hitchcock remarked that ‘…without Alma I might be in this room tonight, not at this table but as one of the slower waiters on the floor.’ Shame she didn’t come from Stabbo… 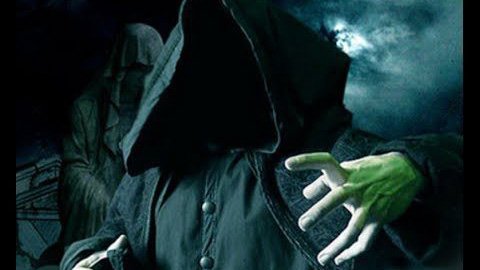 4. The Monk That Haunted Byron

The house at Rufford Abbey is said to be haunted by the White Lady, a spectre once spotted by the poet Lord Byron. However, a more dangerous ghost is said to haunt Newstead Abbey. This tall dark monk, called the Goblin Friar, is considered a harbinger of bad events. Byron recalls his encounter with this spirit in his poem Don Juan. 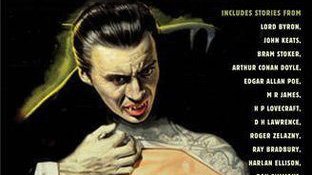 Edited by Otto Penzler The Vampire Archives is a vast anthology of stories from an impressive list of writers that includes Stephen King, Bram Stoker, Edgar Allan Poe and Ray Bradbury. This collection of vampiric tales contains Lord Byron’s The Giaour, and The Lovely Lady by D H Lawrence, along with an extensive bibliography of vampire literature. 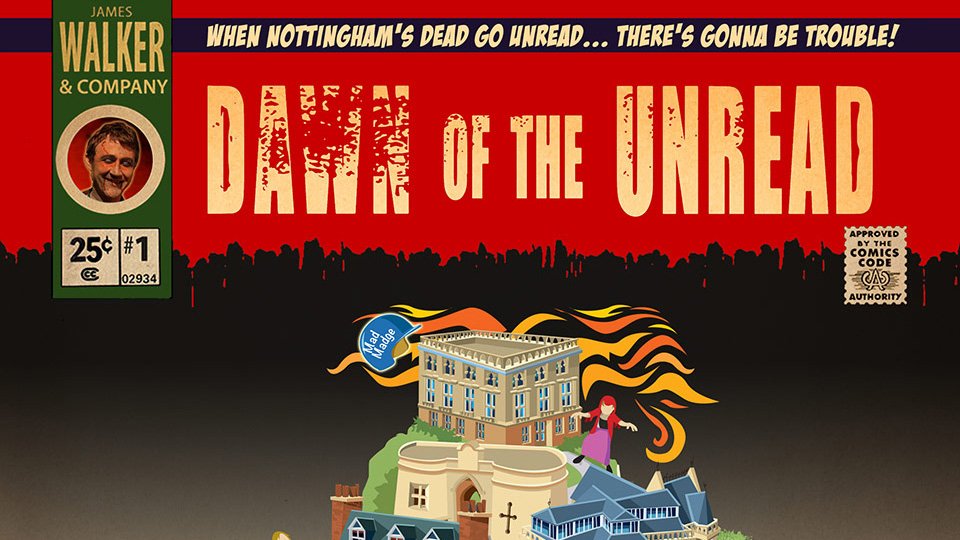 Dawn of the Unread: Zommertastic!

When the dead go unread…there’s gonna be trouble! This Halloween, hide behind your settee with a copy of Dawn of the Unread, a graphic novel serial exploring Nottingham’s literary history. Our writers are returning from the grave in search of the one thing that can keep their memories alive…booooks. 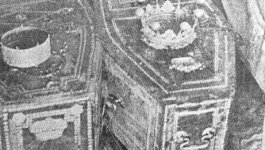 He was certainly well preserved when his tomb was disinterred in 1938, more than a century after he was laid to rest “No decomposition had taken place, and the head, torso and limbs were quite solid” reads an account from one of the tomb-raiders “The hair on the head, body and limbs was intact, though grey. His sexual organ shewed quite abnormal development”.

“He was bone from the elbows to his hands and from the knees down, but the rest was perfect. Good-looking man putting on a bit of weight, he’d gone bald. He was quite naked, you know,”

Blimey. It is apropos of nothing that we mention another of the party that dug up the tomb, the local MP, Mr Seymour Cocks.

Wayne Anthony, author of Haunted Nottingham (pub. 2008), claims that Nottinghamshire has a reputation for being a county full of tales of ghosts, ghouls and goblins. In his book, Anthony takes you on a spooky tour of Nottinghamshire’s ghosts, myths and legends.

Ghosts of Nottingham (pub. 1997) is a ‘real’ ghost guide, and its author should know, she’s the professional psychic medium Jenny Bright (now Jenny Cross) who married her co-author, the scientist Dr David Cross. Back in the ‘90s they set up The Nottingham Ghost Walk. 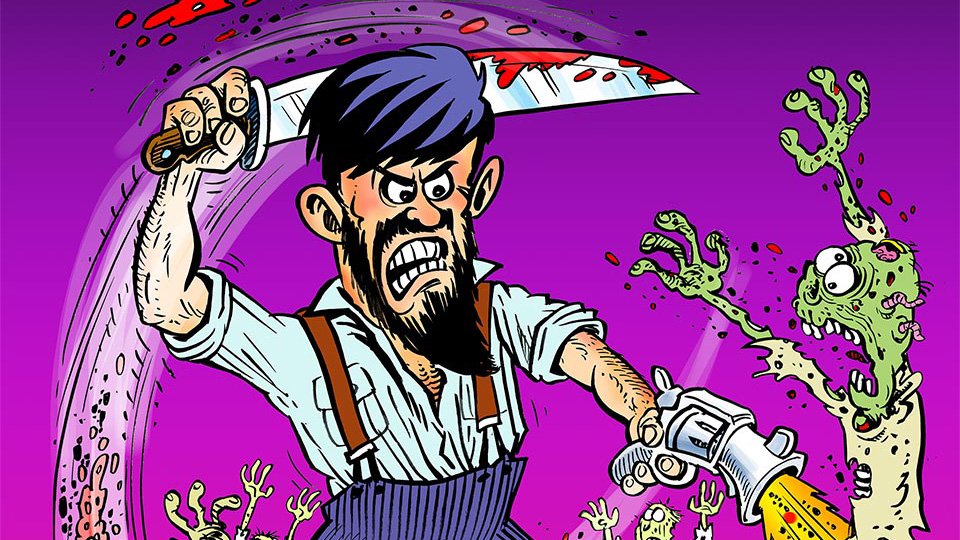 DH Lawrence: where are you?

No one knows for certain the final resting place of DH Lawrence. Initially buried in France, it was decided a few years later that he would be dug up and cremated with the remains brought over to New Mexico where they would be incorporated into a shrine for the Eastwood writer.

Unfortunately, the courier for the ashes was Angelo Ravagli, Lawrence’s widow’s new lover. Not a diligent man, it is suspected he tipped the cremains into the Mediterranean to avoid awkward questions when crossing borders.

He confessed as such on his deathbed: “I threw away the D.H. cinders” and “My worst lie is the D.H. Lawrence cinders lie.” 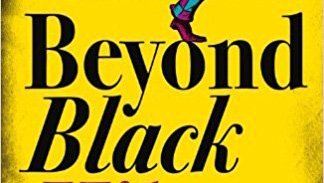 Hilary Mantel’s horrifically scary Beyond Black, perhaps one of the scariest books ever written if you discount the Jeffrey Archer canon, sets some of its most crucial scenes in Nottingham.

Johnny Cash’s final great song, the apocalyptic The Man Comes Around, was written in a Nottingham hotel room.

Looking for a Hallowe’en night out?

The National Justice Museum is hosting a Halloween Fair to celebrate the launch of a new book filled with short horror stories by local (Sherwood) author Peach Berry. There will be a reading, Q&A session, stalls and hourly ghost tours, all starting at 3.30pm on Halloween night (Oct 31st).