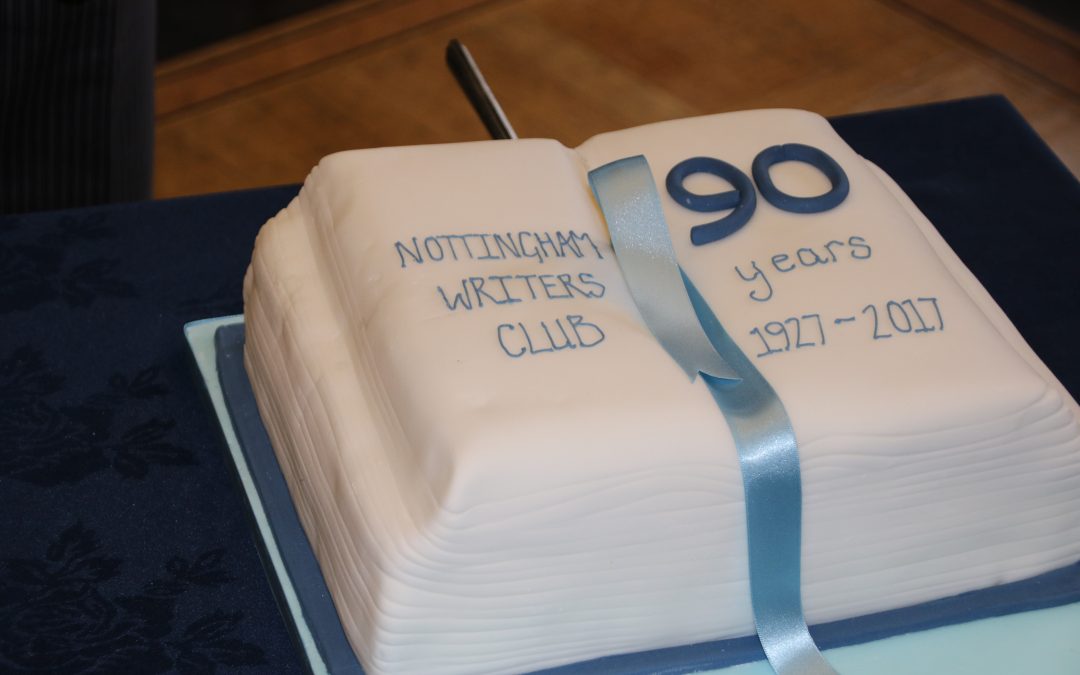 On 4th May, Nottingham Writers’ Club celebrated its 90th anniversary at the Council House, in the presence of the Lord Mayor and invited guests.

The club has had a colourful history since it began in 1927, when it came into existence because three authors sat in The Black Boy Hotel talking about helping aspiring writers. It grew from that moment, and over the years has had many members who have gone on to successful writing careers, including Nottingham’s own Alan Sillitoe, who was an active NWC member in the 1950s.

We’re sure that those three writers could not have had an inkling of where their ideas would lead. Nor of the calibre of the guest speakers the club would host over the following decades: among them The Saint author, Leslie Charteris; crime writers John Harvey and Simon Brett; and politician Edwina Curry at the height of the publicity over her published diaries.

Fifty members and guests met for the civic reception in the dining room of the Council House. You can’t put writers in a room together without there being a lot of talking, as well as official speeches given by the Lord Mayor, Councillor Mohammed Saghir, and Club President, Roy Bainton.

Roy declared that this occasion amply demonstrated ‘why Nottingham has been designated a City of Literature.’

He also quoted Alan Sillitoe from his famous novel, Saturday Night and Sunday Morning, which gave a memorable and atmospheric impression of the city at the time it was written. In this brief extract you realise his time spent as a member of NWC was not wasted:

“Walking the streets on winter nights kept him warm, despite the cold nocturnal passions of uprising winds. His footsteps led between trade-marked houses, two up and two down, with digital chimneys like pigs’ tits on the rooftops sending up heat and smoke into the cold trough of a windy sky.”

Someone asked during the evening, ‘Is there anyone still alive who would have been a founding member?’ Unfortunately not, but if they had been I’m sure they would have been as proud of the club’s success as its members are today.

Vice President Pat Murfet had a special commemorative cake made, which was cut by Roy Bainton. Refreshments were provided by the club’s committee, and the City Council.

The hour passed much too quickly and the club thanks Nottingham City Council and their staff for their support.