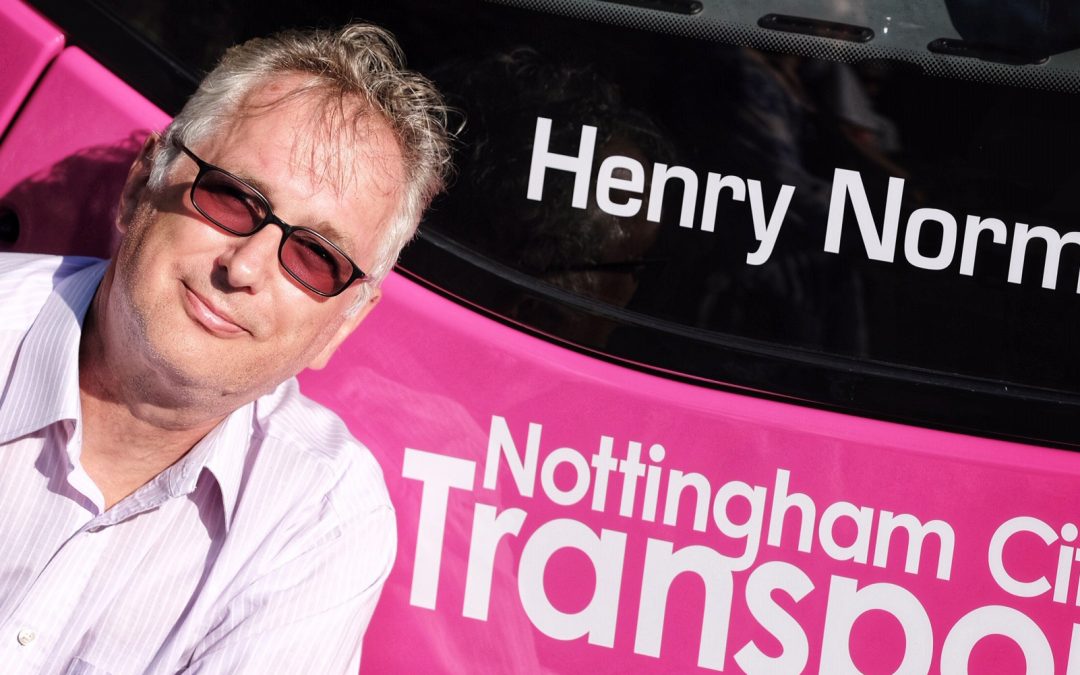 There are several trams and buses named after local men with literary connections. The following all lived in and around the bus network to which their names have been emblazoned. And yes, they are all men, our women writers have been neglectfully overlooked (something we’ll try to rectify). Meanwhile, here are the movers and shakers:

Accessible and inspirational, Lowe’s work has been published and performed throughout the world. The Sneinton born playwright, screenwriter and director has a fascination with Nottingham’s radical history and our famous and forgotten characters. His best-known plays are Touched, The Ragged Trousered Philanthropists and Old Big ‘Ead in the Spirit of the Man.

Ivory drew on his own experiences working as a bin man for one of his best-known series, Common as Muck, and was nominated for a BAFTA for his work on the hit British film, Made in Dagenham. As an actor he appeared in Coronation Street and Emmerdale but it’s as a writer that he’s excelled. In recent years he’s adapted Lawrence and brought us the Torvill and Dean story.

The co-creator of the Nottingham Poetry Festival Henry Normal has had one of Nottingham City Transport’s bio-gas buses named after him. The BAFTA-winning film and TV producer, comedy writer and poet grew up in Bilborough, where the new Pink Line 28 travels. He has fond memories of taking a bus from Bracebridge Drive to town, passing Raleigh on route.

Mr. Nottingham Panto himself, Kenneth Alan Taylor, has a route 35 bus named after him. Kenneth has written and directed the Playhouse Panto for the best part of four decades and was Artistic Director of Nottingham Playhouse for seven years. His television writing credits include Coronation Street, Emmerdale and Cold Feet, and he’s an award-winning actor.

Byron was voted for by the viewers of BBC East Midlands Today. As a boy the great romantic poet had a spell living in the city centre and it was during this time that George Gordon gained his title and the keys to Newstead Abbey.

Eastwood’s most famous son is one of the world’s greatest writers of novels, short stories, poems and plays. He has a strong association with Nottingham city centre and his best novels (in my opinion) are all based in Nottinghamshire.

One of the Freemen of Nottingham, Sillitoe is one of Nottingham’s greatest authors. Best-remembered for his first two books – the unsurpassable Saturday Night and Sunday Morning and The Loneliness of the Long-Distance Runner – Sillitoe was a prolific writer who remained committed to political causes and social justice throughout his life.

Local historian Robert Howard is passionate about Nottingham and has produced a guide to discovering the rich history which can be found along one of the city’s longest bus routes. ‘History Bus 35’ passes the site of a Roman Fort and the world’s first known railway. It’s also rich in housing of historical significance, from alms-houses and ‘Garden City’ council estates to a Tudor mansion and gated private estate, and features country parks and other places for outdoor enjoyment.