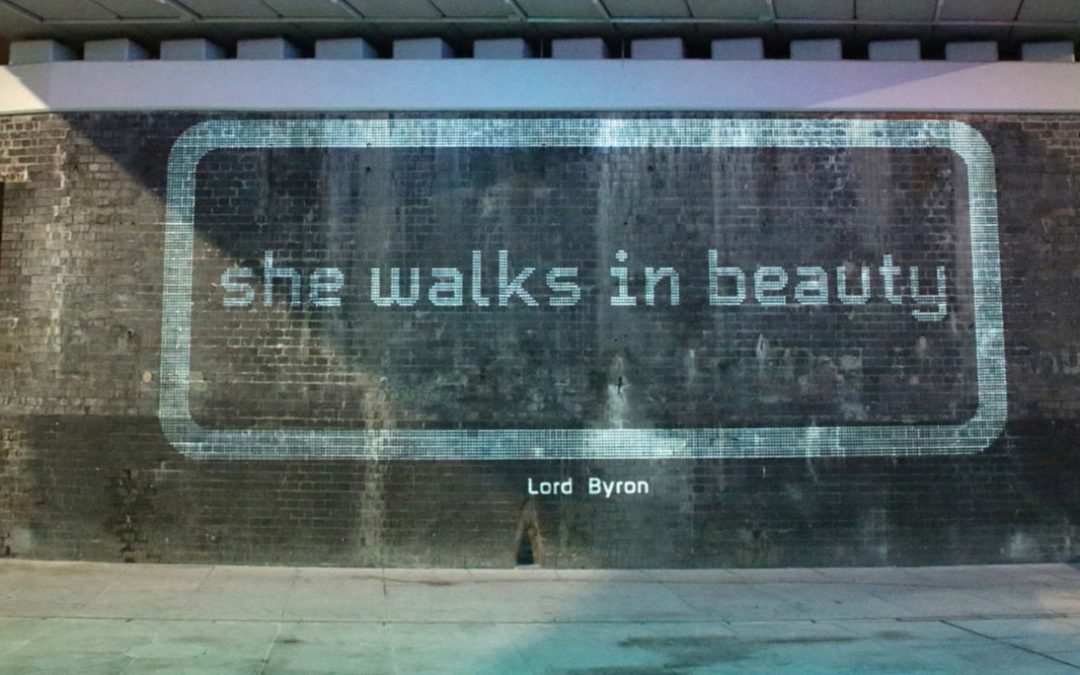 ‘Line of Light’, created by artist Jo Fairfax, projects five-word poems by writers including Byron, Lawrence and Ovid, as well as current Nottinghamshire residents, onto the underside of the Karlsruhe Friendship Bridge over Station Street.  Two sets of parallel lines, mirroring the tram tracks above,  light up and pulse whenever a tram goes overhead.  Patterns of light continue under the tram tracks to the canal, finishing with a projection of Nottingham lace.  The poems change every day for at least a year and include suggestions or specially written works from other UNESCO Cities of Literature, and over 100 members of the public. 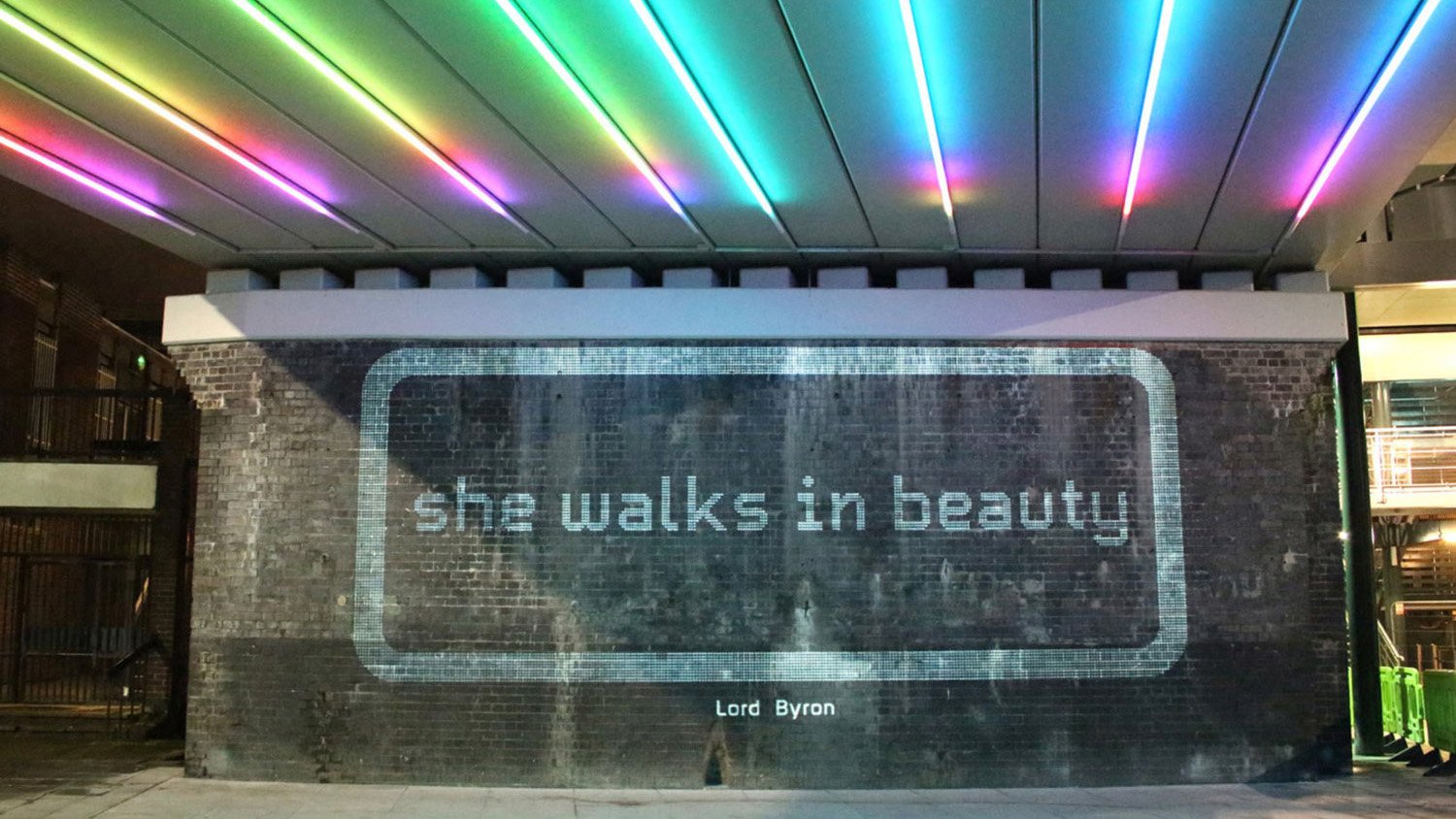 The art installation was commissioned by Nottingham City Council for the recently pedestrianised Station Street as part of the regeneration of this part of the city centre, which also includes the Townscape Heritage programme in the Carrington Street area and the forthcoming transformation of the Broadmarsh area.

The inspiration for Line of Light comes directly from Nottingham and the exact location was a significant influence on the overall design. I also wanted to celebrate the wonderfully rich literary position that Nottingham holds.

The artist, Jo Fairfax said: “Although Line of Light is rooted in local references, I wanted the poems to be international and across time.  I researched thousands of poems, which was an amazingly enriching and humbling journey.  Ex-Poet Laureate Andrew Motion sent in a poem, John Hegley wrote one especially for the project and we also received a line from Jake Bugg.  In the end I went with my instinct of what would look just right on the Station Street wall – it wasn’t a qualitative decision because all the poems were amazing.  I want each line to act as a depth charge for people’s imaginations and souls as they go about their business.”