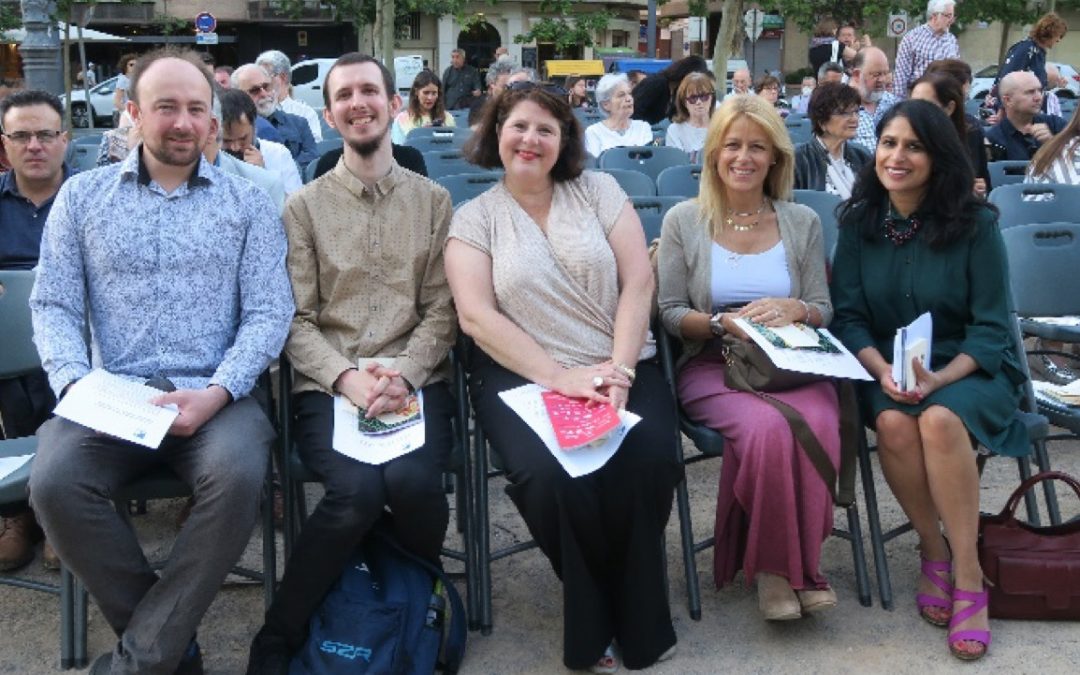 The Granada Book Fair kicked off on a beautifully mild May evening. The location – on the historical street of Pedro Antonio de Alarcón, named after the Granada-born writer, most famous for his novel ‘El sombrero de tres picos’.

The opening ceremony started with an introductory speech from the Mayor of Granada, followed by a speech from Sandeep Mahal, the director of Nottingham UNESCO City of Literature and representative for Nottingham at the fair.

We were lucky enough to have front row seats to the opening ceremony, and on each of them was the programme of events for the week, along with a copy of Sandeep’s speech, translated into Spanish so that the guests who could not speak English were able to follow. Each guest was also presented with a copy of Pedro Antonio de Alarcón’s ‘El clavo’, which was elected as The Book of the Fair.

In Sandeep’s speech, she discussed the common rebellious heritage that Granada and Nottingham share, and the honour of being the first international UNESCO city to have been invited to the fair. She touched on the current political tensions across Britain and the EU and highlighted the important job writers have, to document these times and give a voice to those who are in danger of being silenced.

Director Nottingham UNESCO City of Literature, Sandeep Mahal, said: ‘Independent of the decision of Great Britain to leave the EU, Nottingham will continue to strengthen relations and to deepen cultural exchanges with Granada’

The fair was formally inaugurated by Rosaura Álvárez, who grew up in the Albaicín neighbourhood of Granada, and we had the pleasure of listening to a reading of her poetry. The evening ended on a high, with a formal presentation of a prize being given to Andrés Sopeña Monsalve, professor of international law at UGR and writer of ‘El florido pensil’, a book about education in Spain under the Franco dictatorship.