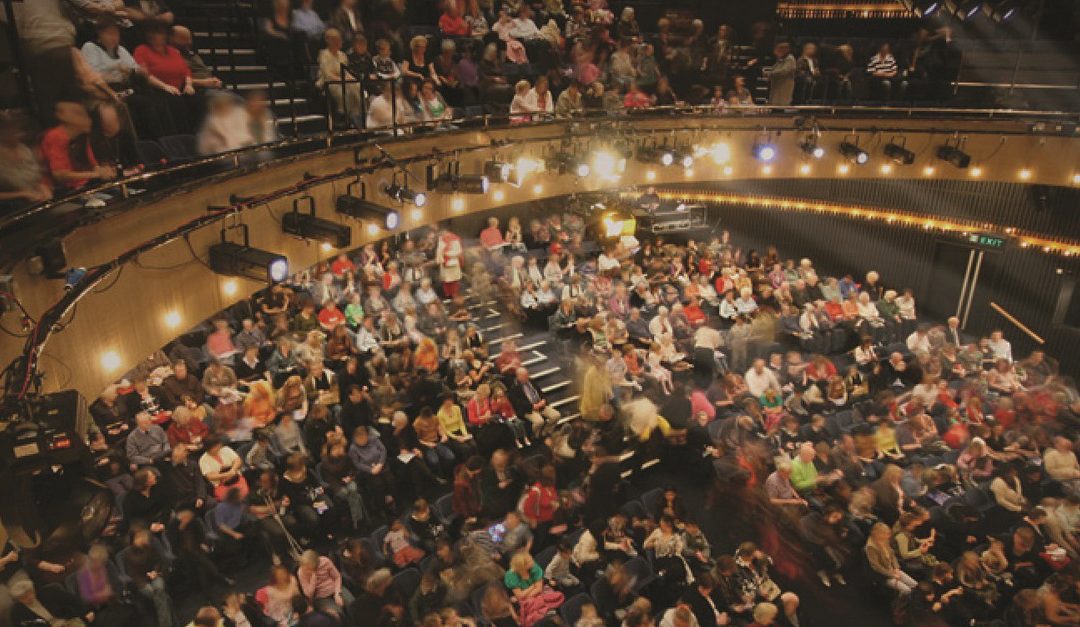 No Princesses By Lucy Campion

The day I met God, He was wearing Grandma’s jumper. The maroon one that smelt like her perfume and bacon butties on Saturday mornings.

I wanted to walk up to him and fill my lungs with the smell, but He was on one side of the Sky Mirror and I was on the other.

Grandma took me to the theatre twice a year, on my birthday and then on hers. We always sat in row J because Grandpa’s name had been Jeremiah and we always shared a magnum.

We reviewed each play together, scribbling notes on the back of our tickets. Grandma would write things like ‘marvellous plot’ and ‘talented cast’ and I would judge whether the play had enough princesses in it, then we’d both give it a score out of 10.

This was my first time coming alone.

I must have been staring because God looked down at the jumper and said, “I have the power to take on many forms, but I’ve learned that familiar sights are always the most comforting to humans.”

I thought I had seen the pinstriped trousers before — they were the same ones Dad wore to work. Looking closer, I saw God had my button nose, Mum’s green eyes and Aunty’s crooked smile. He even had wild curly hair like Mr Elliot from school!

I pictured a backlog of grandpas and grandmas at the pearly gates, passing round a pack of Werther’s Original as they waited impatiently for God to return.

“Can I come round for tea on Sunday?” I asked hopefully. “Grandma’s chicken dinners are my favourite.”

He gave me that look that all grown ups made whenever I mentioned Grandma. “We don’t do visitor passes to heaven, I’m afraid. Too much red tape.”

The disappointment was a punch to my stomach, but I nodded like I understood the meaning of red tape and visitor passes and Grandmas who were here one day then gone forever the next.

I knew it was time to go. The play would be starting soon and I still needed to buy a magnum.

As I walked away, He said, “she misses you too.”

Cross-legged on the concrete, I studied the sculpture in front of me.

Everything was as I expected to be. I had looked at the Sky Mirror countless times before, but this time I wanted to make sure I noticed every detail.

My last trip to the theatre hadn’t been the same. Row J had sold out and the second half of the magnum had churned inside of me for days afterwards. I had kept waiting for an excited gasp or hand squeeze during the best parts, but they never came.

I thought of her less now but missed her more. In those moments, it felt like someone had stuck a finger in the hole she’d left in some unseen corner of my body and twisted until it bled all over again.

The thing about death, the kind that happens in real life rather than onstage, is there are no encores. No epic goodbye scenes either, or neatly packaged endings that make you cry but leave you feeling ultimately satisfied.

Yesterday they existed, today they don’t.

My science teacher told us that 25% of our DNA comes from our grandparents. I wondered which parts of her lived tucked away in mine.

I took a bite of my chocolate bar and popped open my cola can, before heading inside.

We were outside the Playhouse, soaking up the last of the sun. Doors opened at six on the dot.

Grandma nudged me. “There’s another Sky Mirror in heaven, you know.”

I turned to her, eyes wide as saucers. “Really?” My parents didn’t go to church, so the only time me and God crossed paths was at Grandma’s. She didn’t talk about him much — she didn’t need to. He was in the Bible by her bed and the cross above the stove, and when she laughed the crucifix on her neck moved with her.

She nodded. “When God looks into the one in heaven, He can see you and me and everybody else. It helps him watch over his children.”

I stared at the giant disc in front of me. Could He see me now? What about when I took that lollipop from Mr Sheedy’s shop last week? Or when I called Amber that word in the playground?

Settled in our seats, magnum clutched between sticky fingers, the omnipotent orb was soon forgotten.

Luce is a writer, marketer and proud Nottingham dweller. You can find her on Instagram @luceinnotts and over at her blog Luce in Notts.