My Summer with Dorothy Part 3: They Were Sisters 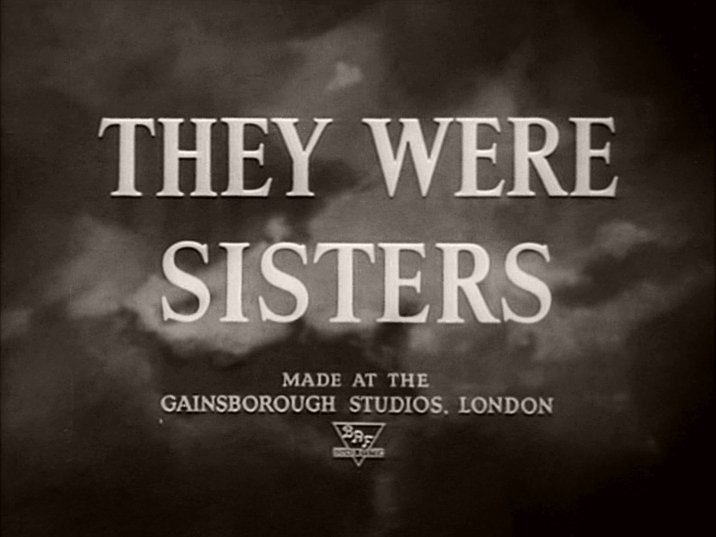 Dorothy Whipple wrote in 1939: “Suddenly, out of the blue, about six o’clock in the morning, and idea for a novel hit me.” This idea was to become They Were Sisters.

They Were Sisters was originally published in 1943, when Dorothy Whipple was at the height of her fame. Film rights were immediately snapped up, and a feature film of the same name came out in 1945, starring James Mason. This Persephone edition, published in 2005, also includes a fascinating afterword by Celia Brayfield, noting some of Whipple’s biographical details and diary entries.

This is my second reading of They Were Sisters, and the first Dorothy Whipple book I ever read. I chose it originally because it’s about the relationship between three sisters, and as the youngest of three girls myself; I was interested to see whether Whipple could accurately evoke the tender tribalism of sisterhood. She does, and does so brilliantly.

Lucy, Charlotte and Vera are middle-class housewives in middle England in the middle of the twentieth century. Most of the story takes place in the 1930s, as the women settle in to marriage and motherhood, and much of it is told from eldest sister Lucy’s point of view.

The three sisters are very different, and the novel reminds me of those triptych style mirrors you get on old fashioned dressing tables, with Lucy as the central mirror, endlessly reflecting the different angles of the other two.

Lucy is the plain, put-upon, sensible eldest. She marries late, to a much older man (William), who’s not well off, and they never have children. Outwardly her marriage is the least successful: no children, not much money, and living out ‘in the sticks’ in a tiny village. She is however, happy and content.

Charlotte, the middle sister, has little self-confidence, and marries a supremely over confident salesman (Geoffrey), who turns out to be an emotionally abusive psychopath. She has three children with him, a boy and two girls. Although materially comfortable in her large house in a market town, she’s psychologically and spiritually crushed by her domineering husband, and trapped in an unhappy marriage.

Vera is the spoilt beauty of the family. She marries a rich, handsome international businessman (Brian) and they live in a huge mansion in the city. She has two daughters who she rarely sees, as they are entirely brought up by nannies. Her life is a whirl of entertaining and flirtations with other men, and she takes her earnest, adoring husband entirely for granted.

From this starting point, this absorbing novel plays out. I don’t want to give away too many spoilers, but it is a surprising page-turner, and takes some quite dark turns in places. I can’t help but wonder how much of the darkness of this novel is due to the background to its creation. Although she started writing They Were Sisters in early 1939, as we know, WW2 broke out in September. Whipple, like the rest of the country, was soon overcome by the events of the war. She was spending her nights in air raid shelters and her days struggling to cater for the Canadian airmen who were billeted at her home. She wrote: ‘I can’t write. Fiction seems so trivial. Fact is too terrible.’

It seems to me that Whipple managed to channel geopolitics into domestic noir in her creation of Geoffrey, Charlotte’s abusive husband. At the outset Geoffrey is portrayed as merely a show-off and rabble-rouser: loud-mouthed and insensitive, but more of an embarrassment than a threat. However, by the end Whipple presents him as domestic tyrant: cruel, egocentric, and all-powerful within his household and beyond. He is, in fact, Hitler in miniature.

Some of Whipple’s work (I’m thinking particularly of the novella Every Good Deed) are a little too ‘sewn-up’, and it seems she’s trying a bit too hard to give every worthy character a happy ending. Not so with They Were Sisters. I think this is indicative of the time in which it was written and Whipple’s mindset when writing it. There is quite a lot of destruction in the novel: the destruction of childhoods, of families, of relationships, as well as the physical and spiritual destruction of individuals. However, whilst we don’t get an unqualified happy ending, Whipple manages to carefully wrest hope from the emotional carnage wreaked within the storyline.

My one criticism of They Were Sisters is that at times it feels like Whipple’s voice intrudes into the narrative, notably when Lucy pontificates on the importance of Faith and God. However, given when it was published, I think it’s understandable that Whipple needed the comfort of religion, and believed her readers felt the same.

In short – sisterhood, motherhood, childhood and marriage: something surprisingly epic in this intimate portrayal of family relationships in the run up to WW2.