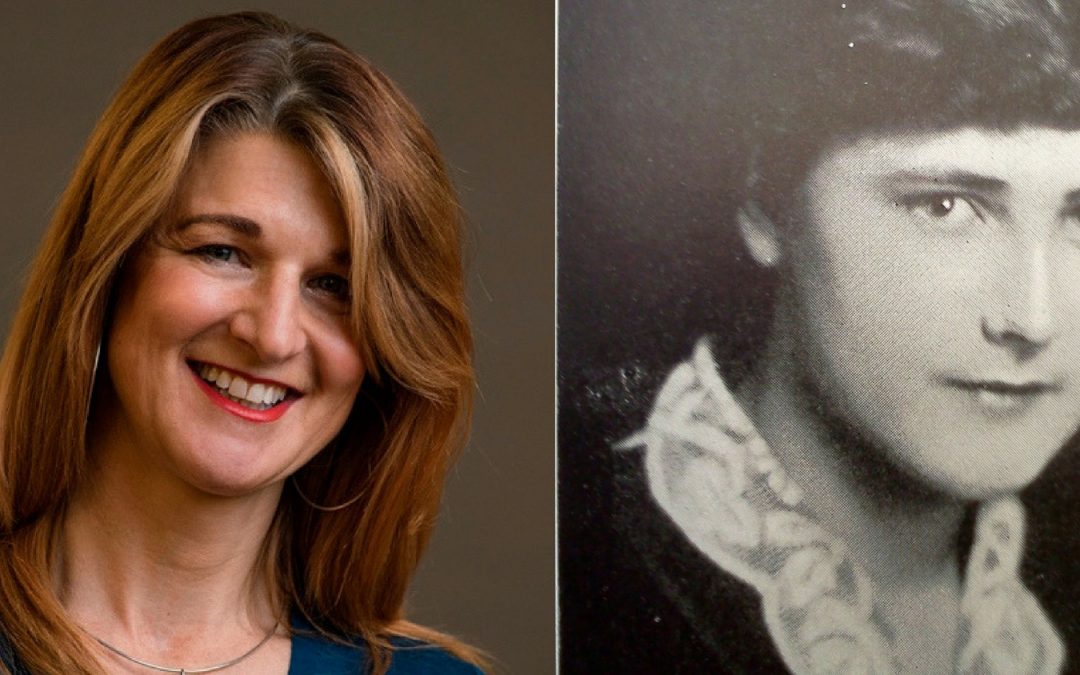 Dorothy Whipple’s debut, Young Anne, was first published in 1927 by Jonathan Cape, but has been republished in 2018 by Persephone Books. It is an accomplished first novel with a fascinating hint (as is the case with many debuts) of autobiography.

An everyday, unexceptional beginning leads us on a page-turning coming-of-age journey, uncovering the hidden drama in a seemingly ordinary life. Young Anne begins with the five-year-old Anne in church with her family. She is the youngest child in a middle-class family (her father is a solicitor) in a nondescript town in the north of England.

It’s worth repeating Persephone Books’ potted biography so we can judge the extent to which Whipple has taken her own life experience and inserted a giant authorial ‘what if…?’ in order to generate a compelling work of fiction:

Born in 1893, the daughter of an architect, Dorothy Whipple (nee Stirrup) had a very happy childhood in Blackburn. After her friend George Owen was killed in the first week of the war she worked as a secretary to Henry Whipple, an educational administrator twenty-four yeas her senior. They married in 1917…

Like Whipple, our protagonist in Young Anne is the youngest child of a conventional Lancastrian family. Like Whipple, Anne has a sweetheart called George who goes to fight in WW1. And, like Whipple, Anne later falls for her older boss, and settles into a comfortable, but childless, marriage.

However, Whipple’s first love, George, was killed within a week of action. But Anne’s George in the story survives the war, gains medals for bravery and influential friends. This is the ‘what if…?’ moment that spins fact into fiction. What if George wasn’t killed? What if he came back? And, moreover, what if he came back as a war hero with a successful post war career as an expat businessman…and what if he were still in love with her?

You can imagine the conflict this could cause Anne – and I can’t possibly reveal the outcome!

In her preface to the Persephone edition, Lucy Mangan argues that Whipple’s writing in Young Anne is less than perfect: the plot is slight, the pacing off, and the ending not entirely convincing, she claims. She may have a point, but for me this is an exceptional debut novel and contains all the elements that went on to become Whipple’s trademarks (her keen observation, brilliant characterisation, and clean prose), and earn her such a legion of fans in the 1930s and 1940s.

What did you think?