My Summer With Dorothy Part 2: Because of the Lockwoods 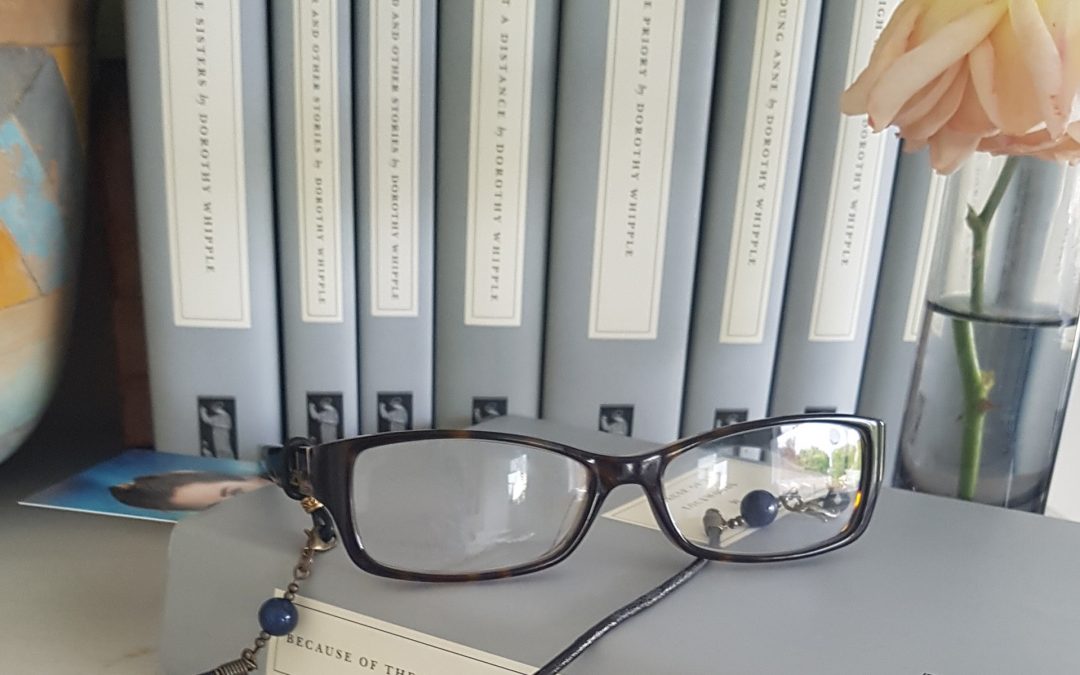 The second book in my Whipple Readathon is Because of the Lockwoods.

Dorothy Whipple’s penultimate novel, Because of the Lockwoods, was first published by John Murray in 1949, and republished by Persephone Books in 2014.

It begins: ‘Mrs Lockwood decided to invite Mrs Hunter and her children to Oakfield for New Year’s Eve. It would be one way of getting the food eaten up…and by whom better than the Hunters, who certainly never saw such things elsewhere, since Oakfield was the only house of its kind they went to nowadays?’

It is a deceptively bland start. Whipple is not the kind of author to start a story with a gimmicky first paragraph, but this understated spark of an opener turned into a slow burn, that soon had me eager to read on.

The two families had been neighbours in one of the best neighbourhoods in a Northern ex-Mill town. But when Mr Hunter dies, his lawyer and neighbour, Mr Lockwood, takes advantage of his widow’s naivety to commit a minor act of fraud against her dead husband’s estate. This sets in turn events that bind the two families into one dysfunctional mass, affecting the Hunter and Lockwood children until they reach adulthood, and beyond.

In Because of the Lockwoods I can quite see why Dorothy Whipple was compared to Austen. The snobbery and petty hierarchies of early twentieth century provincial life are keenly and wittily observed. And in Thea Hunter, we have a shrewd, but flawed, protagonist to carry us through the story (not dissimilar to Lizzie Bennet).

Thea is the youngest, and most intelligent, of the Hunter children. Through her eyes we see the arrogance of Mr Lockwood, and the spoilt smugness of his family. We see the Lockwoods treating their erstwhile neighbours as a charity case, and we feel Thea’s burning resentment at this. We see how Thea’s mother and siblings are resigned to the Lockwood’s patronage, and feel Thea’s frustration at her family’s compliance in their victimhood.

The British Class system has always provided fertile ground for fiction. Like Austen, Whipple turns her attention to the jostling paranoia and acute awareness of social place within the middle classes. In Because of the Lockwoods The Hunters are coming down in the world. They no longer have the money to go to the ‘right’ schools, social events, wear the ‘right’ clothes, or even have the ‘right’ kinds of careers. But because of their close association with the Lockwoods, who are on their way up, they are unable to forget their own loss of status: the richer, better-connected Lockwoods ensure the Hunters are continually, painfully reminded of the life they once enjoyed themselves, and is now lost to them (ironically through Mr Lockwood’s dodgy probate dealings). And nobody feels the hurt more than intelligent, beautiful, Thea, who retains a sense of injustice that propels the plot throughout.

Rather than seeing the entire story though a middle-class prism, Whipple also gives us the other ends of the class spectrum: we meet Angela, daughter of Sir and Lady Harvey, who doesn’t seem to care a jot about anyone’s wealth or background, and ultimately turns her back on it all. We also meet Oliver Reade, Thea’s neighbour in Byron Street (the less salubrious part of town the Hunter family had to move to after Mr Hunter died). Oliver is an ex-barrow boy, whose business nous means he’s moving up in the world, becoming rich and influential, despite his lack of education or expensively acquired manners. Seeing other characters ignoring the class system, and making a success of themselves in spite of it, gives added poignancy to the distress the Hunters suffer at losing their place in society.

Throughout the novel it feels as if Whipple is quietly shouting between the lines: ‘Who cares what the Lockwoods think? Who cares what anyone thinks? Who cares what class you are? Find your own happiness, and make your own future.’ Eventually Whipple allows her protagonist, Thea Hunter, to finally shake off the shackles of class-consciousness, as well as her dysfunctional link to the Lockwoods. However, the happy ending isn’t handed out on a plate. Whipple puts Thea in position where a wonderful future is within reach, but leaves the fairy-tale ending to the reader’s imagination.

I have no idea how I would try to sell Because of the Lockwoods as an idea to a publisher today – what would the ‘elevator pitch’ be? It is just a story about two unremarkable families in an unremarkable English town during an unremarkable time in history. There are no wars raging in the background, no murders, rapes, ghosts, illegitimate children, or improbable twists. It doesn’t have an opening paragraph that plunges me into the action, or chapter endings that leave me hanging. It begins domestically and unobtrusively with a middle-aged, middle-class woman in middle-England. It should not be a page-turner, and yet it is. Because of the Lockwoods folded me up in its arms and wouldn’t let me go, and I put this down to Whipple’s skills as a storyteller. She creates believable, flawed, nuanced characters, and lets them draw you through a perfectly paced plot to a deeply satisfying conclusion.

In short – Because of the Lockwoods: a beautifully observed coming-of-age story about class, overcoming victimhood, and self-determination.

What did you think?

Because of the Lockwoods is available from Persephone Books.