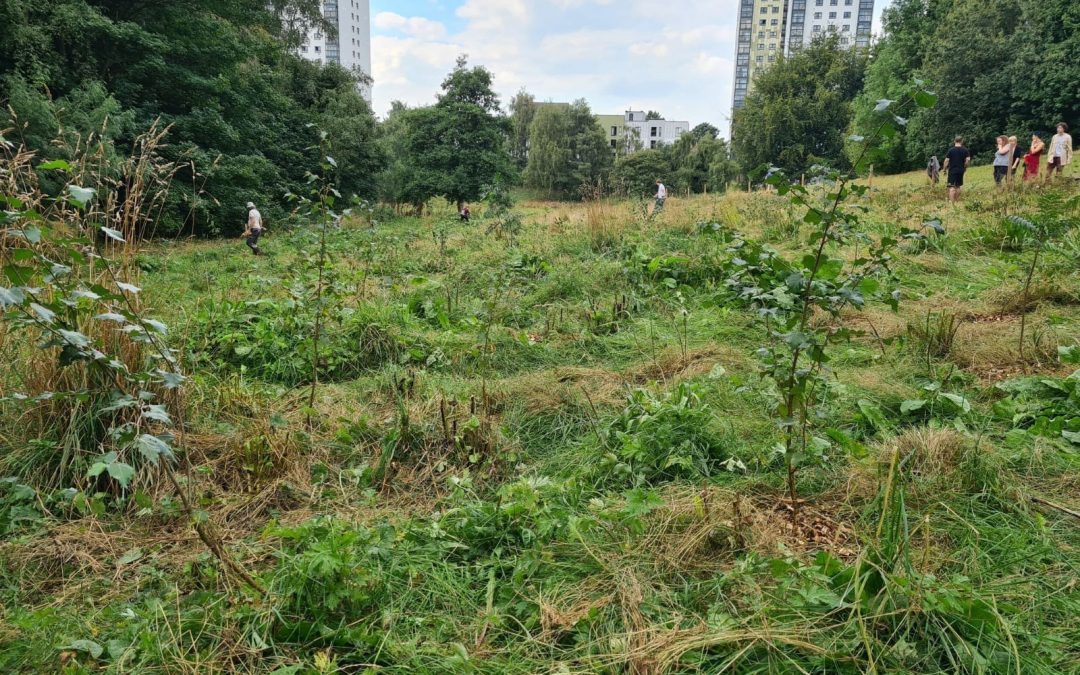 The planting of what will be known as the Hustle Holt, takes place on Woodthorpe Grange Park on Friday 29 and Saturday 30 October. It’s one of only a handful of this new breed of small-space, high-biodiversity forests to be planted in the UK.

Miyawaki-style mini forests such as the Hustle Holt are an exciting development in tree planting in urban areas. The forest will cover an area around the size of a tennis court. Prepared with enriched and aerated soil, the young trees are planted densely, the ground around their roots is mulched, and then they are kept watered and weed-free for the following two years so that the forest can establish itself; the tightly packed trees quickly form mutually beneficial relationships with each other via mycorrhizal fungi networks.

The 1,000 saplings that volunteers will be planting on the day were paid for by donations made by festival-goers at Nottingham’s biggest multi-venue community festival, Hockley Hustle, in 2019. Hockley Hustle has been running since 2006, and Green Hustle is a new effort from the team behind it to inspire environmental action in the city.

Adam Pickering, Hockley Hustle founder and one of the Co-Directors of Green Hustle, said: “We’re so pleased to have a hand in delivering Nottingham City’s first mini-forest. Nottingham’s a city with big green ambitions, and we’re hoping that this tiny tennis court-sized biodiversity hub will play a small part in helping us grow a greener future and live more harmoniously with our natural environment.” 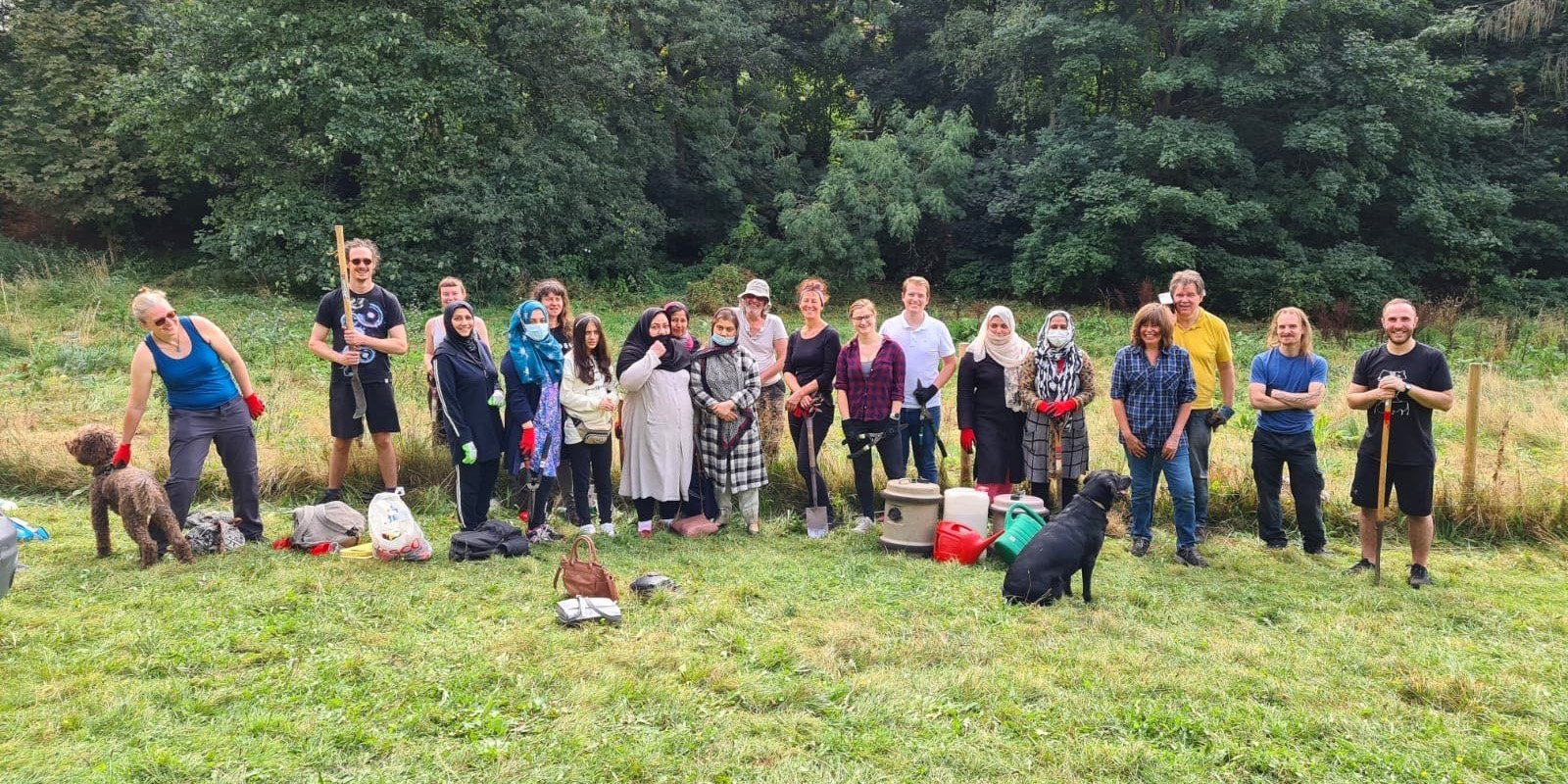 In collaboration with Nottingham UNESCO City of Literature and Nottingham Poetry Festival, the forest will also have its very own poem penned by local poet, Ella Burns Robbins, who said:

“I’m totally thrilled to be taking part in this unique and extraordinary project. For me, connecting to something bigger than myself is key to peace and finding meaning. There are few ways to do this quite as literally as planting saplings to build a mini-forest. My practice is about cultivating connection to ourselves, each other and the world around us. Miyawaki forest building encourages immense biodiversity, where each species supports and sustains the rest. I believe that when we create with integrity, we gain empathy and thus, do the same for one another.”

Councillor Rosemary Healy, Lead councillor for Parks and Open Spaces, said: “We are really pleased to have been able to work with partners on a ground-breaking project of this kind. The City Council places great value on our parks and green spaces, and we know they are an important part of people’s lives and well-being in Nottingham. This project will not only create a beautiful space for the public to enjoy in one of our Green Flag standard parks but will address many environmental and suitability issues that will hopefully encourage people in other areas to take up this wonderful example.”

Green Hustle started life as a virtual festival in September 2020, with funding from Arts Council England and has since held Nottingham’s first post-Covid festival at Nottingham’s Sneinton Market Avenues. The diverse collective hope that through organising environmental action and providing a platform for existing community-led efforts, they can inspire people to envision and work towards a greener and more equitable society.