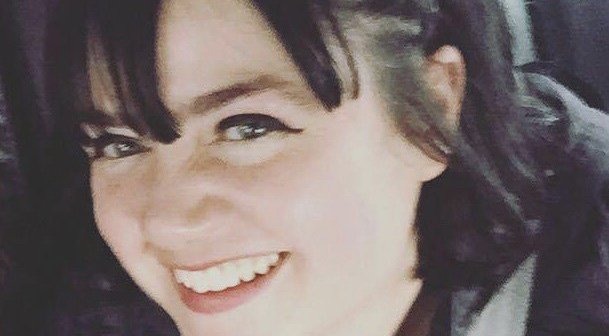 Our chair, David Belbin writes: Mhairi McFarlane is the UK’s best-selling ‘potty-mouthed’ romantic novelist. A former journalist on the Nottingham Post, she began her career with ‘You Had Me At Hello’, which has been followed by five more comic, romantic novels. The latest of them, ‘If I Never Met You’, is just out in paperback. It’s a little know fact that Mhairi and I went to school together in the late 80s – albeit I was a teacher and she was a student, at Rushcliffe Comp in West Bridgford. Over to her.

When it comes to finishing a manuscript, there are two types of writer (well, there’s probably loads, but for the purposes of this introduction let’s pretend there’s two.)

The first sort love a first draft. They race through it, wind in their hair, a rush of enthusiasm akin to Mr Toad in Wind In The Willows in his marvellous new motor car, with scarcely a glance over their shoulder at whether the preceding chapter was a load of barely coherent ball-bag or not. Their fingers dancing over the keyboard while their owner is in a form of delirium, hundreds upon thousands of words pour out, until they’ve hit that magic number.

Or so these bastards say, anyway, I’ve never – or rarely – found myself in this exalted state.

The second group, to whom I belong, hate every goddamned word dragged kicking and screaming from them, and bash the thing out due to the brute force of contractual obligation, powered by black coffee and self loathing.

The greatest writing advice I’ve ever received is: make it, then make it good.

However, things level out in the editing stage, when the Mr Toads (I’m not calling them toads, per se, this is an unfortunate but useful shorthand) look upon the vast task of marshalling their mighty work into polished narrative, and despair. The people like me are hugely relieved to have something – anything – to work with, other than the blank page and its promise of severe disappointment. You’ve got the main chunk of disappointment out of the way.

The greatest writing advice I’ve ever received is: make it, then make it good. (Pixar’s in-house theory of ‘Be Wrong As Fast As You Can,’ is also pithy, but crucially leaves out the whole ‘be right at some point though’ expectation.)

I don’t tell you all this to ask for sympathy, given ‘writers asking for sympathy for a job they freely chose, and pretending it’s harder than an actual job’ is up there with the world’s most nauseating conceits for articles, along with: ‘I moved to a £2M pound home in the countryside and it turns out there’s mud there’ and anything about helicopter parenting.

But it sets the scene for the process I was involved in, back in March, about to hit what’s known in the trade as the “oh fucking hell this is fucked and I am fucked” section of the book-production experience. Before the issue of a deadly airborne pathogen went from slight worrying niggle but Wuhan’s miles away and surely mysterious people who stomp about in moon suits in laboratories squinting at test tubes will sort this? to Boris Johnson’s public address of: NONE OF YOU ARE SEEING DAYLIGHT UNTIL HALLOWEEN AND BY THEN YOU WON’T WANT TO ANYWAY.

I don’t need to tell you we’re now in the middle (or the beginning? Who knows?) of a national catastrophe, you can see the same bulletins that I can, and you didn’t come here to ingest more Covid anxiety.

One strange thing about this ordeal is while we’ve all shared in it, a huge unifying event where everyone except North Korea gets to participate, each household’s experience of it has been completely unique and wildly divergent. Whether you have guaranteed income or young children, for example, is a total game changer.

So I can only tell you what I found lockdown was like while working, and, TL; DR: bloody awful.

It’s a common misconception that writers shouldn’t have distractions. “This is a lot like your normal life!” was a fair assertion and well meant piece of sympathy that came my way, during a time I’d have been welded to the sofa and rejecting social invitations anyway.

But it turns out the Roni was “a lot like” approaching a deadline in the same way being chained to a table in a kidnapper’s windowless basement is a “lot like” being bed bound with the flu. Knowing you can get up and have a bit of a wander around, and that there’s a life there waiting for you to go back to, is pretty key to your mental health.

And while creating a fictional world is wonderful escapism, it’s also difficult to take yourself out of a bleak present and put yourself into an imaginary, brighter world of fizzing hope and lovesick optimism, where things like hotel breakfast buffets aren’t a madman’s sick death trap.

I write romantic comedy, and in the past I’ve had bouts of genre envy – well, this time it was off the scale. When your pace is sagging at the forty thousand words mark, it’s hard not to think: “I guess this is where that successful bastard Ian Rankin could just throw another dead body into the mix and wake the slumbering reader the hell up.” When your storyline is always in essence: ‘two twats flirting’ you have to get more creative with the adrenaline-filled stakes.

And while creating a fictional world is wonderful escapism, it’s also difficult to take yourself out of a bleak present and put yourself into an imaginary, brighter world of fizzing hope and lovesick optimism, where things like hotel breakfast buffets aren’t a madman’s sick death trap.

Someone writing dystopian science fiction or hardboiled crime was getting a lot more fuel for their imagination than I was, in recent months. However, I clung like Kate Winslet to that bit of driftwood (which we could all clearly see had room for DiCaprio, but when a relationship has run its course you have to let it go) to my daily Government sanctioned walk.

It’s taken me eight years of writing full time and an unprecedented global health emergency to discover that my 10k steps or fewer habit isn’t merely a pleasant way to avoid an author’s deep vein thrombosis, it’s actually vital to the work itself. What no-one tells you about books is that they’re a series of small logical puzzles: what comes next? Who should reveal what and when? What actually matters to the story you’re trying to tell? Should the DJ get naked? And so on.

Within minutes of setting off for my daily constitutional, it’s near-spooky how speedily the answers come to me, without trying. Remember the bit in Minority Report when the ball would roll down the pipe with a name in it, and a bald Samantha Morton lying in a bath would start fitting? Like that, except Samantha Morton is me and I’m waddling to Caffé Nero. Except currently Caffé Nero is shut. You get the gist.

So thank goodness al fresco exercise wasn’t banned outright or else I think I’d still be on Chapter 31. I think this is the point I think I’m supposed to turn Scarlett O’Hara and come to a rousing conclusion that we’ve never needed art more, but in captivity and with your summer holiday in the bin, I really feel that’s a case of telling you something you already know.

Instead I will tell you something you didn’t know: remember the Bishop of Bath & Wells in Blackadder? The colossal pervert with the fire poker? Well that actor was also the Gestapo guy in Raiders of the Lost Ark who gets his face melted by the supernatural whirlwind. I know, right! The hours I spent on Wikipedia avoiding doing my work were not wasted. As I always say – it turns out it was never about the treasure, it was about the friends I didn’t make along the way. Mhairi McFarlane

*If I Never Met You (HarperCollins) is out now