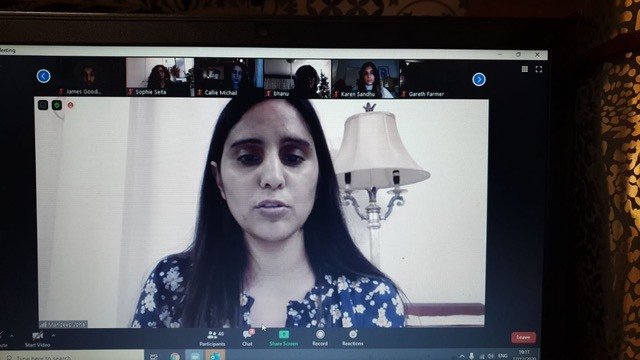 Is it possible that as the world searches for a new normal, there is a shift in definition of how such a ‘normal’ may exist? The focus being centred on the structural and spatial occupancy of what is considered to be ‘normal’. The established view of a re-evaluation, re-envisioning or re-determination would look at change as being a process of transformation; a unification of lessons learnt. This process of allowing such lessons may involve an occupation of a fragmented space interrogating an old order. It would seem in this period of transition the ordinary process of change is altered into a continuous state of transformation, without the change being able to settle or claim the title of an old order. The denial of a ‘settling‘ makes for a borderless transformation. Is it then, that the space of transformation is moving into the territory of fragmentation where the natural boundaries-less state dominates? If taken to be so, there is a question as to whether a continuing state of transforming is a refusal of an identity. Instead, a different alternative position may consider fragmentation as a clearer reality and an important part of unification, rather than exclusively being seen as an opposite to unity.

Fragmentation as a deliberate choice has been facilitated and upheld by some language-oriented women writers who highlight the patriarchal influence of language and draw a symbolic parallel between language and societal barriers. Anne Pauwels in her extract ‘Linguistic Sexism and Feminist Linguistic Activism’ highlights that within the women’s movement of the 1970’s ‘women of all walks of life started to expose the biased portrayal of the sexes in language use and demonstrated that this portrayal was particularly discriminatory and damaging to women’. Pauwels further argues that ‘many rules, codes, and guides were developed to codify and control women’s language behavior over the past centuries’, which she states, ‘cemented men’s status as norm-makers, language regulators, and language planners and that ‘women were given some authority in language regulation as norm enforcers: both as mothers and as schoolteachers.’

I continue to experiment with the fragmented space as a borderless, alternative space to explore the complexities of women experience.

The space, both in between language and represented by it, has often been shaped and regulated by a system of normative grammar and syntax which arguably has influenced women’s experience . Pauwels acknowledges that by ‘developing women’s own norms and implementing them across a speech community is clearly the strongest challenge, if not threat, to male authority in language regulation.’

The focus on fragmentation within a language context can be seen as providing a space to explore the raw experience of questioning the borders of language, knowledge, meaning and existence for women. Historian Joan Scott states ‘if we attend to the ways in which ‘language’ constructs meaning we will also be in a position to find gender’. This stance moves towards questioning how gender engages in the production of knowledge and also suggests that the disempowering of dominant societal structures may be influenced by the stretching and alteration of language.

I most recently came across the power and potential of a using a fragmented space during my dissertation for my MA in creative writing, where I considered the space between the idea of fragmentation and evolution as a space of resistance. I continue to experiment with the fragmented space as a borderless, alternative space to explore the complexities of women experience.

I am particularly interested in the strength and struggle of such an experience and how it may pass through the generations and the wider implications this might have. The concept of using fragmentation as a position of strength to explore women’s experience, within a time period that itself is experiencing fragmentation poses the question of whether it is timely to bring the idea of fragmentation to the forefront.