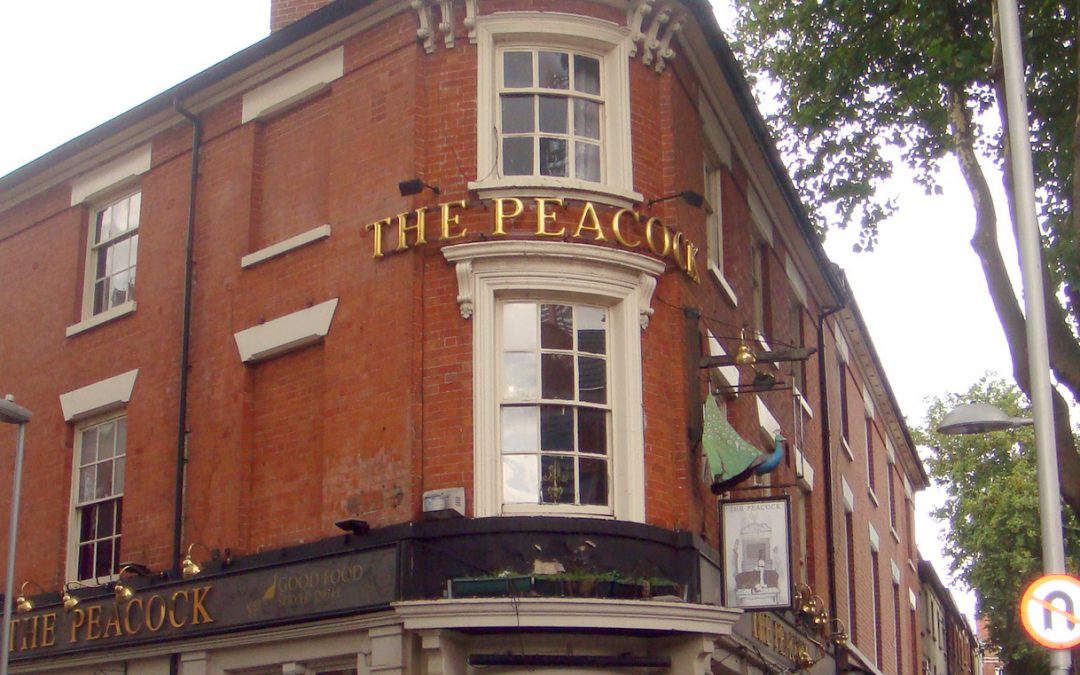 The Peacock pub proudly sports its literary connections with a large plaque which cites D H Lawrence and John Harvey as former patrons. Here’s a section of the text, written ‘exactly’ as it appears on the plaque (spot the mistakes):

With a history of famous clientele it is reputed to have been a regular watering hole of D. H. Laurence (1885-1930), the inspired son of a Nottingham minor who went on to become one of the most important and controversial writers of the 20th century. He is probably best known for his novels ‘Sons and Lovers’ and ‘Lady chatterley’s Lover’.

Now, I can just about accept the poor grammar, and the lowercase c in Chatterley, but to spell Lawrence as Laurence?

The plaque also fails to mention that Lawrence wrote The White Peacock and/or that Alan Sillitoe drank there.