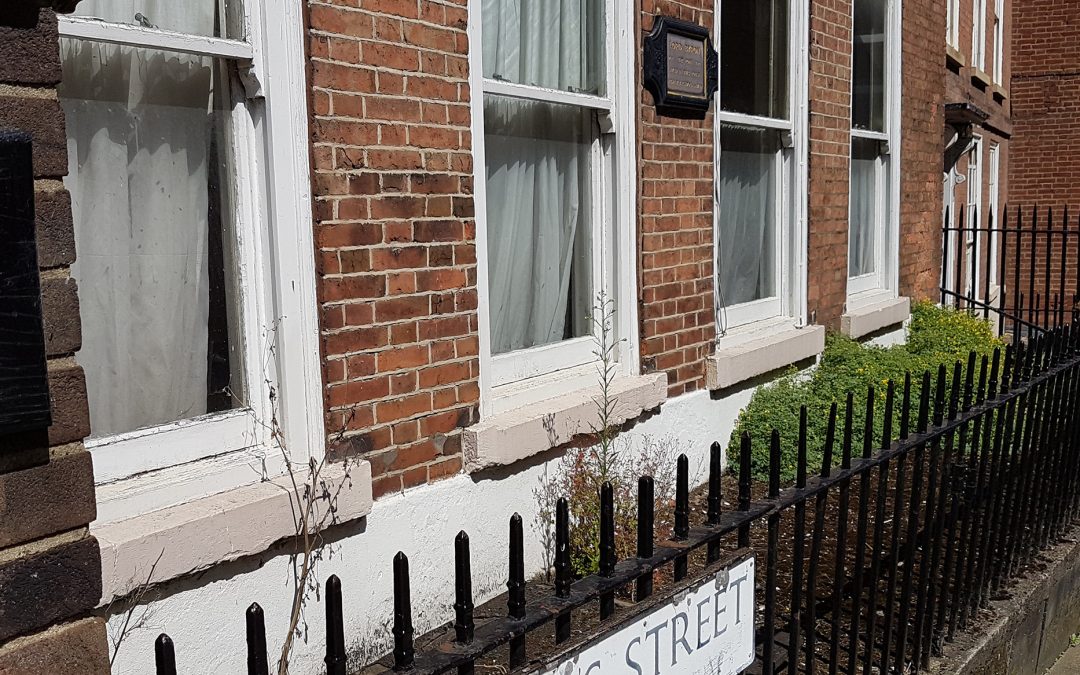 Newstead House is an elegant Grade II-listed townhouse that spans five levels and has its own caves. More impressively, it’s the city centre’s best brick-built link to the romantic poet Lord Byron.

The story of how our Lord Byron came to live in Nottingham is as follows. Captain John Byron, known as ‘Jack’ – and son of John Byron, author of two books of voyages and shipwreck – ran off with the wife of the future 5th Duke of Leeds. Captain ‘Jack’ later married her and, a gambler, he squandered away much of her money. Her inheritance died with her, leaving him looking for a new wife.

Enter Catherine Gordon of Gight in the county of Aberdeen. ‘Jack’ met the Scottish heiress in 1785 and within a few weeks they were wed, her money used to pay off his debts and fund his extravagant, unscrupulous life. Whilst being a waster he was a known spendthrift and they moved to France for its cheaper cost of living.

Catherine Gordon returned, alone, for birth of their son. Catherine and her son George lived in a flat in Aberdeen, in comparative poverty, and she became a heavy drinker. ‘Jack’ stayed in France, dying three years later, never seeing his son.

At the age of six George Gordon became heir to the family estate after the premature death of the grandson of the 5th Baron Byron. When George’s great uncle himself died, he inherited the largely ruinous Newstead Abbey, its estate and attached title.

Now Lord Byron, the boy arrived in Nottingham aged 10, taking up residence with his mother in 1798 in the house on St. James Street, at the invitation of the Parkyns family. Whilst here, Lord Byron received treatment for his lame foot, a problem since birth. The surgeon at the nearby General Hospital, John Lavender, made use of a vice and braced shoe, a botched repair job that was as useless as it was painful. The ‘surgeon’ wasn’t even qualified; he made his living making surgical appliances.

Byron’s time in Nottingham was not easy. His difficult relationship with his mother was not helped by her mood swings, her kindness ruined by a strong temper and drink problem. For much of the time, Byron was ‘looked after’ by a drunken servant Mrs. Gray, who would often beat the boy and was known to bring dubious company back to the house, most likely exposing him to sexual acts. Catherine spent time down in London, trying to secure a pension for her titled son.

During his time here, Byron enjoyed the tutorage of an American man called “Dummer” Rogers, who quoted Cicero to him.

It’s claimed that Byron wrote his first verses in Nottingham. The most famous of these early efforts was said to have been written about a woman in nearby Swine Green (now part of Hockley) who offended the young poet with reference to his lameness.

A green plaque on the front of Faraday’s records this:

‘This site was formerly known as

wrote his first piece of poetry in 1798,

“In Nottingham County there lives at

as ever was seen…’

The full verse is:

“In Nottingham county there lives at Swine Green,

As curst an old lady as ever was seen;

And when she does die, which I hope will be soon,

She firmly believes she will go the moon.”

There’s another plaque on the outside of Newstead House stating:

LIVED IN THIS HOUSE

When the plaque was erected, Newstead House was a Trade Union office. The four-bedroom end of terrace townhouse was put up for sale in 2018 with an asking price of £850,000. 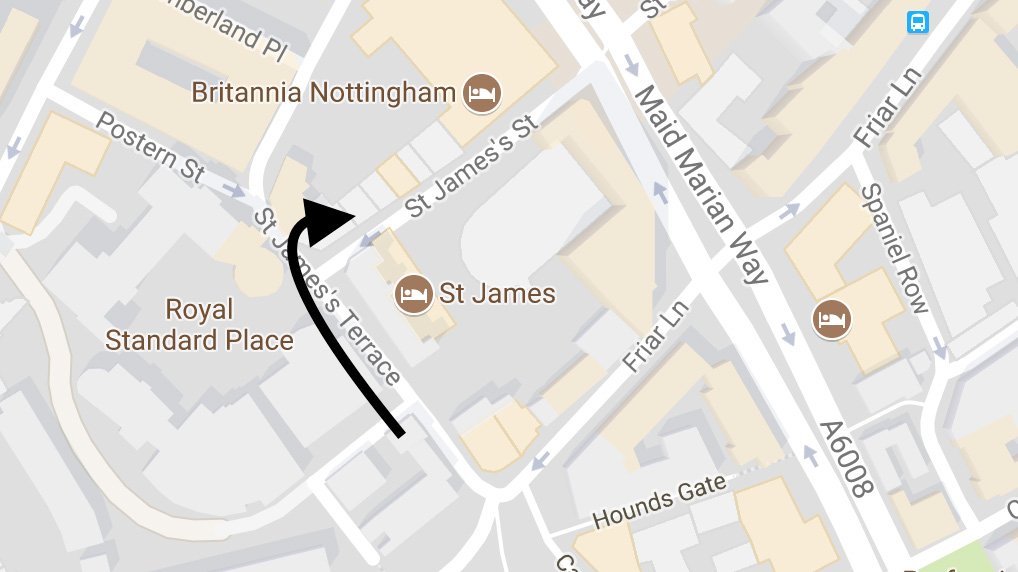