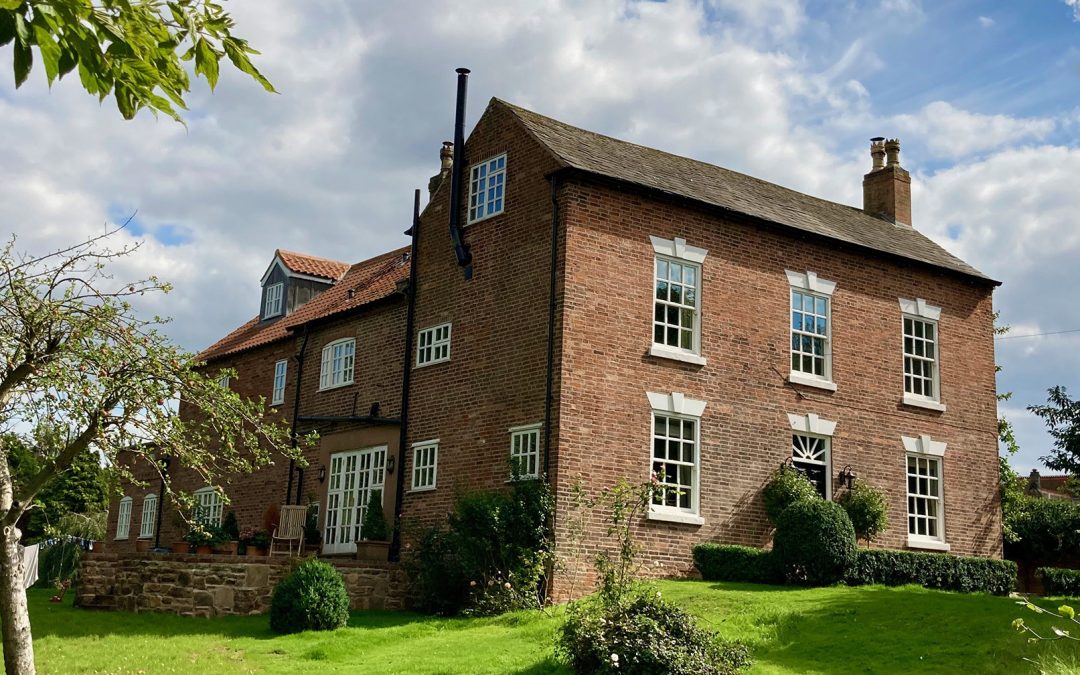 Helen Cresswell (1934-2005) was a prolific writer of children’s books, more than 100 of them, insisting that children “deserve the best”. She also wrote for television, producing a mix of fantasy and anarchic humour that contributed to the golden age of British children’s drama.

Bang in the centre of Notts, between Ollerton and Southwell, is the small village of Eakring, put on the literary map by Helen Cresswell’s ‘Lizzie Dripping’. Cresswell lived at Old Church Farm, a handsome Georgian house on the corner of Newark Road and Kirklington Road. A keen gardener, one day she was pottering on her back lawn when she overheard her next-door neighbour, Mary Stokes, telling her daughter, “You’re a right Lizzie Dripping, you are”. Lizzie Dripping is a slang term given to a ‘dreamy’ girl who struggles differentiating between fact and fiction.

On hearing the name, Cresswell’s character was born. The author said, “I write a title, then set out to find where that particular road will take me.”

‘Lizzie Dripping’ is set in the fictional village of Little Hemlock, which is really Eakring. The author’s house was three houses down from the village church and its churchyard, a key location in the stories, and where Lizzie’s ‘imaginary’ friend lives and would sit on a flat gravestone knitting. It was at Cresswell’s insistence that the TV series’ location shots were filmed in Eakring. Some of the local children had cameos, including the author’s young daughter.

Lizzie is a loner, a mischievous 12-year-old, who meets a local witch (played by Sonia Dresdel), who only Lizzie (and the TV viewers) can see. Lizzie, whose real name is Penelope Arbuckle, has a reputation for being an imaginative liar, making it impossible to convince people that her witch exists.

Initially created in 1972, for a Jackanory Playhouse presentation, ‘Lizzie Dripping and The Orphans’ led to a full series being commissioned by the BBC, and ‘Lizzie Dripping Again’ hit our screens between ’73 and ’75. It attracted more viewers than ‘Blue Peter’, the Beeb’s flagship kids’ show.

It was a future ‘Blue Peter’ presenter, Tina Heath, that played Lizzie and provided her first-person narration, taking over from Hannah Gordon who had voiced the pilot. Nine episodes were made, of 25 minutes each, and there were six ‘Lizzie Dripping’ books. The series ended with Lizzie saying goodbye to her friend, a metaphor for her growing up. Cresswell later wrote a Lizzie tale for Jackanory‘s 21st Anniversary, read onscreen by Patricia Routledge, and an Omnibus appeared in 1994. Heath also reprised Lizzie, in 1987, for a BBC audiobook.

Cresswell never plotted and barely edited her work. The fantasies arrived spontaneously, from everyday life, literature and motherhood. Her stories were all set in an undefined, imaginary era, limiting the need for research. “I do not particularly believe in what most people call reality,” she said. “I only really believe in truth of the imagination.”

Born in 1934, in Kirkby-in-Ashfield, Helen Cresswell was the middle child of three. She attended Nottingham Girls’ High School, missing a whole school year due to spinal problems when she was 12. Much of her time in hospital was spent writing and reading, which she did voraciously, including the books of Enid Blyton. She wrote lots of poetry, one of which, ‘The Seagull’, was published in the Mickey Mouse Comic.

The young poet went on to read English at King’s College London where she was nearly thrown out for not attending lectures. She spent most of her time in the Students’ Union, partly because she was already familiar with the books being studied.

After University, Cresswell had brief spells as a literary assistant, a fashion buyer and a teacher, before writing her first book, ‘Sonya-by-the-Shore’ (1960). Assuming she would be a poet, she was surprised by how well her story was received, and a career as a children’s writer ensued.

She married her childhood sweetheart, Brian Rowe, in 1962, and their two daughters followed. As did, ‘The Piemakers’ (1967), one of the year’s best children’s books; a story based on the pies made in Denby Dale. It tells of how members of the Roller family win a prize for the biggest and best pie ever created. ‘The Night-Watchmen’ (1969), was another success, following two elderly wanderers, Josh and Caleb, who adopt a disguise and enter into hiding, until their cover is blown.

Following ‘Up the Pier’ (1971) and ‘The Bongleweed’ (1973), was one of Cresswell’s personal favourites, ‘Winter of the Birds’ (1975), a haunting work of sci-fic, in which a boy discovers the power of imagination when his neighbourhood is threatened by flocks of steel birds.

Cresswell’s best known book is ‘Moondial’ (1988), a tale of magic and fantasy, also made into a hugely successful TV series. In the book, Minty goes to stay with her aunt in the village of Belton. On finding a moondial in the grounds of Belton House, Minty finds that she can go back in time, leading to a rescue mission. The following year Cresswell won The Phoenix Award for her book ‘The Night Watchmen’.

For three decades Helen Cresswell was a mainstay of children’s TV, writing ‘The Secret World of Polly Flint’ (1987), and adapting E. Nesbit’s ‘Five Children & It’, a six-part series aired on the BBC in 1991. When rewriting Enid Blyton’s ‘Famous Five’ adventures, Cresswell made sure that the scripts retained some of the original language such as ‘smashing’, ‘gosh’ and ‘wizard’. In 1995, the author’s dramatization of Gillian Cross book, ‘The Demon Headmaster’, had viewers in fear of the story’s hypnotist teacher.

‘The Secret World of Polly Flint’ had Cresswell taking inspiration from the Notts legend of the lost village of Grimston (or Grimstone). Legend has it that Grimston(e) previously stood on the site of Wellow, only to be swallowed up by the ground underneath. On Christmas Day, or any given Sunday, it’s said that if you put your ear to the ground of the village green, close to Wellow’s maypole, you can hear the bells of Grimston church ring out, and hear the village’s former inhabitants. In Cresswell’s version, those residents are able to travel between realities via a ‘Time Tunnel’ in the lake at Rufford Park.

Staying with her aunt in the Notts village of Wellow, Polly says:

“There’s a whole other world out there, I know there is. Side by side with this, there’s a secret world, and I’m going to find it, I am.”

(From ‘The Secret World of Polly Flint’)

To cheer herself up, after losing both her parents in the same year, Cresswell wrote ‘The Bagthorpe Saga’, which ran to 11 books. These comedic adventures of an eccentric family began with ‘Ordinary Jack’ (1977) and culminated with ‘Bagthorpes Battered’ (2001). The stories were based on the author’s own memories of family life, and she dedicated the fourth Bagthorpe book to herself, using her married name of E. H. Rowe.

Paul Stone, who had directed ‘Lizzy Dripping’ in the early 70s, directed Cresswell’s TV version of ‘The Bagthorpe Saga’ in 1981.

After her marriage ended in divorce in ’95, Cresswell continued to live and write at Old Church Farm, until her death ten years later, aged 71. Over the years she contributed much to Nottingham’s literary life, constantly attending book events and being a member of Nottingham Writers’ Club. She also visited many local schools, inspiring children to read and teaching parents of the importance of reading to youngsters.

In 2000 she was awarded a Bafta Children’s Writers’ Award.