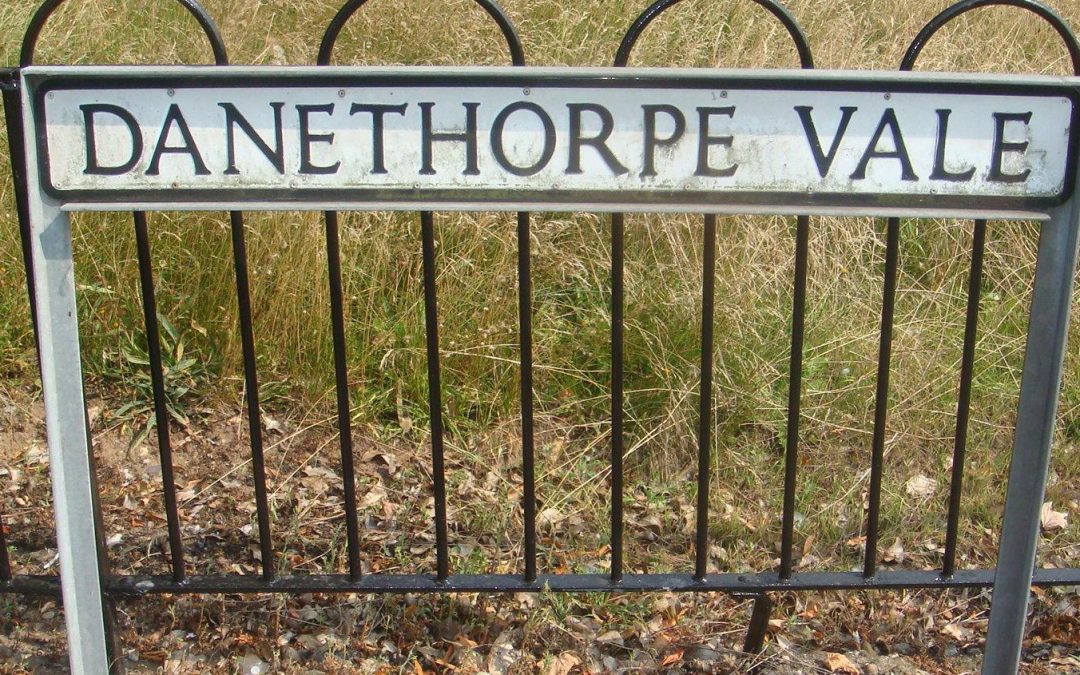 For his 2012 book ‘Made in Nottingham’, Peter Mortimer returned to Danethorpe Vale in Sherwood, a road he had left behind when he went to University some half a century earlier.

Hoping to stay at the home he grew up in, Mortimer wrote a letter to ‘The occupants, 97 Danethorpe Vale, Sherwood Estate, Nottingham’, only to hear back from Valerie and Derrick, the couple at no. 85. It was their son (also Derrick) that lived at no. 97, they explained, but he never has anyone in his house. Following their suggestion that Mortimer lived with them instead, the author travelled the 160 miles south from Tyneside to lodge with Valerie and Derrick, six doors along from his childhood home.

Danethorpe View is a long steep road that bisects the old Sherwood Council estate, running from the busy Mansfield Road at the top to the busier Valley Road at the bottom. The estate was built a century ago to house veterans of the First World War.

Peter Mortimer is now known as an author, poet, playwright, journalist, artistic director (Cloud Nine Theatre Company) and publisher (IRON Press) but the Mortimer that lived in Nottingham never considered writing to be an option. He wasn’t thinking beyond women, drink or football. He’d dreamed of playing professionally and got half-way there, wearing the colours of Arnold St. Mary’s F.C. As a fan he wore the black and white of Notts County – still his team.

As he takes up residence at no. 85, we wonder what he’ll make of the changes to his old patch? Will he ever get to see inside no. 97? And what will Valerie do when she discovers he’s been inadvertently using her toothbrush?

The book is part journal, part memoir, and has Mortimer revisiting old haunts such as the half-timbered Grade Two listed pub, The Five Ways, named after the number of exits offered by the nearby Valley Road/Edwards Lane roundabout. It had been an important part of his teenage years and its punters still sounded like he does, something he’d missed living up North. Even his own father shook off the vernacular after upgrading to Redhill two miles away. Now Mortimer was once again hearing words like ‘bogger’ and ‘tuffy’, and yet his reception was one of suspicion. “Yo from the child support agency or summat?” asked The Five Ways’ landlord, paranoid at the sight of a stranger making notes.

In ‘Made in Nottingham’ Mortimer proceeds to take in the Sherwood area with its strong artistic and independent vibe. He samples Nottingham’s theatre life, its footy and pubs, mixing memories of Shippo’s bitter with new experiences and rediscoveries.

A former pupil of High Pavement Grammar, Mortimer had been taught English by the novelist Stanley Middleton, and he pays a visit to his former school master’s widow who was still living at their Caledon Road home in Sherwood. Middleton died in 2009 in a local residential home called The Firs. This was 65 years after Mortimer had been born there (when it had been a maternity home).

The book contains loads of references to our city’s writers including many of the characters the author meets and the places he cycles to. The end result is one man’s documentation of a life and place, then and now, an evocative journey that takes a series of unexpected routes.

This isn’t the first time the author has taken himself out of his comfort zone and written about it. His other books include ‘Broke Through Britain’ (1999). Told in a similar style and structure to ‘Made in Nottingham’, this book follows his 500-mile trek from Plymouth to Edinburgh, on which he relies on the generosity of others, good fortune, and a little theft, to survive; and ‘Camp Shatila’ (2009), about the time Mortimer lived in a Palestinian refugee camp in outer Beirut and set up a children’s theatre group. He also contributed to the collection of Nottingham crime stories ‘City of Crime’ (1997) which, like ‘Made in Nottingham’ and ‘Camp Shatila’, was published by Five Leaves.