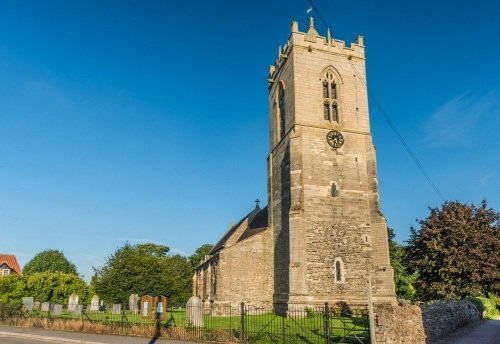 Nottinghamshire’s principal historical and archaeological group, The Thoroton Society, was established in 1897. The society was named in honour of Dr Robert Thoroton who published the first history of Nottinghamshire in 1677 and it is with him that we begin.

Robert Thoroton has a strong association with the Notts village of Car Colston where he worked as a doctor and magistrate, with a keen interest in genealogy. On visiting friends in Thrumpton he was told about a manuscript on the history of Nottinghamshire which his father-in-law Gilbert Bohun had begun writing. Thoroton, known for his record keeping, was encouraged to complete the work. He took up the challenge and, after a decade of research, produced a folio of data which he entitled ‘The Antiquities of Nottinghamshire’, making Thoroton the chief authority on the county.

Chronicling some 600 years of local history, this work of huge labour and detail recorded the land owners of each parish dating back to the Domesday Survey. It is said that Thoroton paid many assistants to gather information for him, enabling him to produce this first history of its kind. Thoroton dedicated the book to his friend Gilbert Sheldon, Archbishop of Canterbury, who in lived in East Bridgford.

Robert Thoroton was born in 1623, a year after his parents married at St. Mary’s Church in Nottingham. As a first born, he was named Robert after his father, a tradition that dated back six generations of Throrotons in Car Colston. The family had taken their name from the neighbouring village of Thoroton (or Thurverton) where they had owned land as far back as the 13th century.

Our Robert Thoroton received a BA degree at Christ’s College, Cambridge, later becoming an MA and a Licentiate of Medicine. It was around this time, 1646, that Robert’s grandfather died and the family hall, grand but dilapidated, passed to Robert’s parents. By 1660 Robert himself would be living in the hall with his wife Anne. They had three children, all daughters. The family remained in Car Colston having their home demolished and rebuilt.

Thoroton died in 1678, just months after his great ‘antiquities’ was published. He had prepared his stone coffin six years earlier which had been inscribed with his ancestral heraldic emblems. In 1845, during restoration work on the church, his coffin was found and opened. School children were said to have witnessed his remains, and his skull was displayed in the village shop as a local curiosity. Outraged, the Reverend John Girardot demanded that the remains were collected and reburied, only for workmen to unearth them again in 1863. This time the coffin was moved to its present position in the vestry. Robert Thoroton’s headstone can be found against the north wall of the chancel.

On the wall of the south aisle is a plaque which reads:

‘This Tablet was erected in the year 1908 by a few Members of the Throton Society in memory of ROBERT THOROTON, of Car-Colston, Doctor of Physick, & a Justice of the Peace for this County, who died here in the year 1698, and whose body was buried in the stone sarcophagus now preserved in this Church. In the year 1677 he published “The Antiquities of Nottinghamshire,” a work of great labour and erudition.’

The first History of Nottingham was written by an immigrant, a German doctor by the name of Charles Deering. Born Georg Karl Dering (or perhaps Döring) in Saxony, he was educated in Hamburg, Leyden and Paris, receiving his degree in Rheims. In 1735, when he was in his mid-forties, Deering came to live in Nottingham. Well-travelled and supremely knowledgeable, the skilled physician and speaker of eight languages arrived here with fine references, only to fail to establish a medical practice. Instead, he had to work at the practice of Dr Cox, a man who treated all the paying patients, leaving Deering to pick up the rest. Deering struggled to ingratiate himself with local society and was said to be short-tempered and always looking to be fed dinner.

He stayed in Nottingham for the rest of his life and authored work in 1737 and 1738 on “An Account of an impartial method of treating the Small-pox” and “A catalogue of Plants growing about Nottingham” respectfully. The work on Nottingham’s medicinal plants cost subscribers half a crown. He then focused on writing a history of the town of Nottingham. Local MP John Plumptre, who lived in Plumptre House, Stoney Street, supported Deering’s endeavour supplying documents and information to the voracious reader. Unlike other local historians, Deering was not tied to religion or political influence and pressed on with what he wanted to be the authoritative story of Nottingham. Whereas Robert Thoroton had been a committed Royalist and, in his role as a magistrate, had a record of persecuting the Quakers, Deering had no such leanings. Thoroton had obsessed over the county’s churches and land-owners whilst Deering wanted to capture contemporary Nottingham and the lives of its working people.

Still practising as a doctor and living in poverty, Deering refused Plumbtre’s offer of financial assistance and finished his manuscript which was ready to be printed in 1743. He had addressed it to the candid reader with a dedication to the Duke of Newcastle, then Lord Lieutenant, but only 91 people signalled an interest in subscribing. Deering was forced to wait, using the time to expand and edit his work from his one room digs on the south side of St. Peter’s Church. After five more years of asthma, gout and poverty, and still in wait of its publication, Deering died. He was surrounded by books and manuscripts.

There was no money to bury him. The only item of any real monetary value he’d left behind was his unpublished manuscript, entitled ‘Nottinghamia Vetus et Nova, or an Historical Account of the Ancient and Present State of the Town of Nottingham’. Two of the men to whom he was indebted, George Ayscough and Thomas Willington, paid for Deering to be buried at St Peter’s churchyard. Two years later it was Ayscough, a printer, that published Deering’s great work complete with illustrations. With information on Nottingham’s demography, food supply, climate, and local industries, the book gives a valuable record of the town. At this time, framework-knitting was Nottingham’s fastest growing industry and the book includes detailed drawings and descriptions of the hand-operated stocking-knitting frame used at that time.

There is no plaque dedicated to Charles Deering, Nottingham’s first historian. Bromley House Library has books by both Thoroton and Deering.