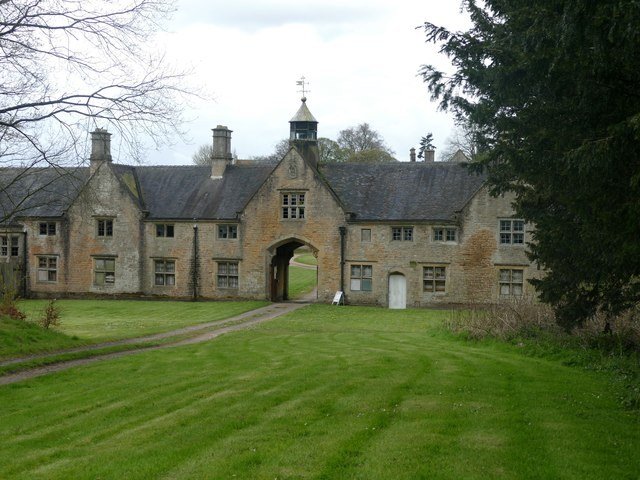 “…once the abode of a prosperous old family but a blight and a sorrow have fallen here.” William Howitt.

As it’s Halloween there no better place to visit for this week’s literary location than a place that’s reputed to be the most haunted in Notts. In fact, it featured on the TV show Most Haunted, with Yvette Fielding and everyone’s favourite psychic/charlatan Derek Acorah.

It was here that Lord Byron once feared the ghosts of the dead might come down at night from their picture frames and exact their revenge. Pour quois?

Situated between Mansfield and Nottingham is Annesley Hall, a mansion that dates back to the mid-13th century. The hall passed to the Chaworth family whose grounds bordered those of the Byrons of Newstead Abbey. Rivalry between the neighbours came to a head when the 5th Lord Byron fought with his cousin William Chaworth. The proprietors of Newstead Abbey and Annesley Hall had been arguing in a Pall Mall tavern when Byron challenged Chaworth, an expert swordsman, to a duel. Chaworth received a fatal wound and Byron was charged with wilful murder and sent to the Tower. Tried before his fellow peers, Byron pleaded Benefit of Clergy and his verdict was reduced to manslaughter, allowing him free to scuttled off back to Newstead. The ‘Wicked Lord Byron’, as he became known, died in 1798 and Newstead Abbey passed to his eleven-year-old grandnephew George Gordon, the poet Lord Byron.

Aged fifteen, the new Lord Byron met his niece Mary Annn Chaworth, the seventeen-year-old heiress of Annesley Hall. In Lord Byron words, his ‘heart had far outgrown his years’ and he kept returning to see his bright morning star; riding over to hear her sing, to walk with her down the steps of the terraced garden, and to fall in love. It was a love that could have healed a family feud but it was unrequited, Byron’s poem ‘The Dream’ captured their meeting on Diadem Hill, part of the Annesley estate, Mary Chaworth being the “Maid”.

‘The most romantic period of his life,’ as he would describe it, ended with his vacation and return to studies. Mary Chaworth had not given him reason to believe she loved him and he bade her farewell.

‘The flame that within my breast burns,

Is unlike what in lovers’ hearts glows;

The love which for Mary I feel,

Is far purer than Cupid bestows.’

With Lord Byron but a memory, Mary Chaworth looked down from the top of Annesley Hall, watching a society gathering as it took place. Leading the fox hunt was John Musters, a dashing and skilled horseman. He later pursued her and she agreed to marry. They moved to Colwick Hall and had seven children but he was unfaithful, causing her great stress, and they separated in 1814 at which time she began writing to the now famous Lord Byron. After an unsuccessful attempt to meet him in Hastings, Mary Chaworth returned to her husband.

It wasn’t until after Lord Byron’s death that Mary Chaworth first read a selection of poems that he had written for her. The pang of regret fell hard. ‘Had I married Miss Chaworth’ wrote Lord Byron, ‘perhaps the whole tenor of my life would have been different.’

The Chaworth-Musters family became one of the most powerful in Notts but Mary never recovered. In 1831 Colwick Hall was sacked by rioters following the failure of the Second Reform Bill. Mary Chaworth and her servants were forced to hide in fields as the fires raged. Already in bad health she died a few months later. That same year, her son Charles Musters died of malaria during the voyage of HMS Beagle with Charles Darwin.

As for Annesley Hall it soon became, in the words of William Howitt, “forsaken, neglected, and ghostly, by reason of the deep desolateness which possessed its grey walls, silent courtyard, and unkempt gardens.” Annesley Hall remained with the Chaworth-Musters until it was sold in a state of disrepair in the early 1970s, at which time the Church Commissioners were happy to receive £1 from Ashfield District Council. Two devastating fires later and the historic building is in a precarious state of abandonment. English Heritage have listed the building and there’s been some restoration but any visitors are likely to be enthusiastic ghost-hunters.

There’s a memorial to the memory of Mary Ann Musters in New Annesley’s All Saints Church. The old church, or the Church of All Saints, is now a disused ruin which stands on a mound near to Annesley Hall. D. H. Lawrence featured the church in The White Peacock: this abandoned ruin of ghostly disorder with prayed books scattered in dust and rubble.