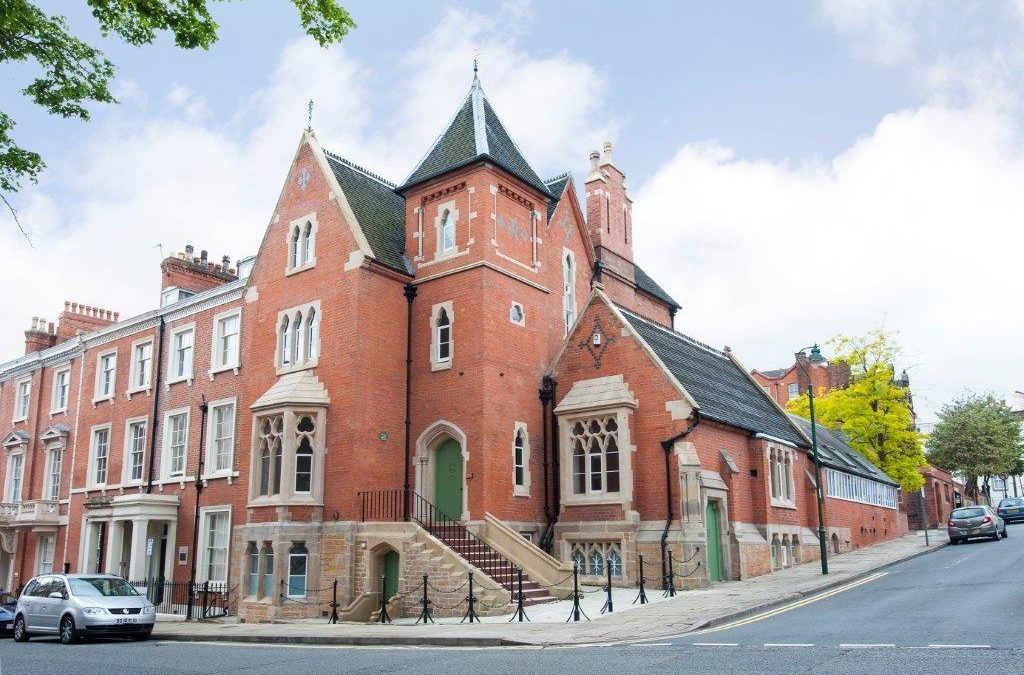 T C Hine designed the majestic Adams Building on Stoney Street, the Great Northern Railway Station (now a Virgin Active gym), the layout and development of The Park Estate (Including the park tunnel and many of the estate’s houses), The Broadway’s Birkin Building, Nottingham Castle (the converted Ducal mansion with its museum and art gallery), Nottingham General Hospital (the clock and the chapel) and Nottingham Corn Exchange (the former Artizans’ library on Thurland Street and described by D H Lawrence in The Rainbow).

The son of a hosiery manufacturer, T C Hine was born in 1813, moving to Nottingham in 1837, the city he remained, retired and died in.

T C Hine’s son George was also a noted architect, his designs include the Mapperley Hospital. George’s daughter Muriel Hine (1873-1949) is the reason that 25 Regent Street is this week’s literary location. T C Hine designed this house, the Hine family home, and died here in 1899. As with his former home at the top of Oxford Street, Muriel knew the home well and featured it in a few of her novels, for Muriel was a popular novelist, famous for her light fiction which explored the challenges and expectations faced by women.

Muriel Hine’s best novels include A Great Adventure (1939), set in Nottingham or Lacingham as she renames it. The book is based on Muriel’s childhood at her home on the corner of Oxford Street and Regent Street (there’s a plaque on the wall). Another good book is Wild Rye (1931) in which a young woman breaks with expectations to become engaged with a man whose only creed is freedom (a sequel was published the following year). My third recommendation is The Man With the Double Heart. Here’s an excerpt:

“You see – to cut it short – you’re by way of being a freak! You’ve got – by want of a better name – what I call a Double Heart. One heart’s on your right side and one’s in the proper place. It’s the most amazing thing I’ve ever come across. You’re perfectly healthy – sound as a bell. I shouldn’t wonder, upon my soul, if you hadn’t two lives!”

For more on Muriel Hine I recommend that you read Exploring Nottinghamshire Writers by Rowena Edlin-White.